Ford is issuing three separate recalls affecting vehicles in Canada and the United States. Around 50,000 units north of the border are affected in all.

Here are the recalls, in order of amplitude.

30,073 2019 and 2020 Ford F-150 trucks are being recalled due to a problem with the fastener of the battery’s positive terminal, which may be improperly attached and could thus lead to the engine stalling, or else of the brakes and steering losing their power-assist capabilities.

The defect could also potentially lead to an increased risk of fire. The company is not aware of any incidents or injuries as a result of the problem.

The models targeted by this recall were built between July 15 and October 1 of this year at Ford’s Dearborn plant, or else between June 24 and October 1 at the company’ factory in Kanses City. 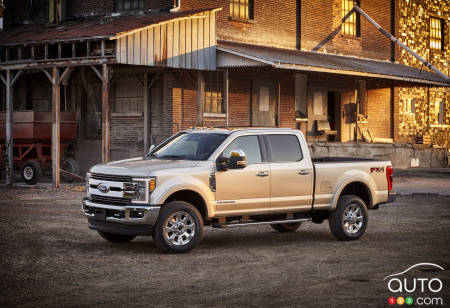 Ford is also recalling 14,079 2018-2019 Super Duty trucks. The models affected are equipped with LED headlights the control module of which is not correctly configured.

Here again, the automaker is not aware of any accidents or injuries resulting from the situation.

The affected trucks were assembled between May 1 2018 and October 8 2019 at Ford’s plant in Louisville, Kentucky. South of the border, 86,000 trucks are being recalled. 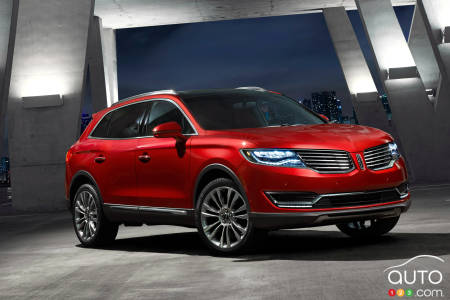 Lastly, 54,000 2016 and 2017 Lincoln MKX SUVs are also the subject of a recall campaign, with 5,253 of those in Canada. The recalled models are equipped with a 3.7L V6 engine, and the issue involves a defect touching on the battery cables. If the fastener comes into contact with the transmission-cable mechanism, there could be a short-circuit and increased risk of fire.

In this case, Ford says it is aware of three fires that are likely due to the problem, though it is not aware of any accidents or injuries.