Ford and the Volkswagen Group have made their anticipated announcement of an agreement to collaborate on the development of commercial vans and midsize pickups. The two automotive giants will also seek to find opportunities to work together on developing electric and self-driving vehicles, within the optics of enjoying cost savings on both sides.

Discussions have been ongoing between the companies since last summer, and Ford CEO Jim Hackett and Volkswagen CEO Herbert Diess met on Monday at the NAIAS in Detroit at the Ford stand. The two firms have released statements regarding the progress of the discussions, and and the two CEOs made a joint appearance on Tuesday.

Under the agreement, Ford will produce a commercial vans and a midsize pickup truck for itself and for Volkswagen, possibly starting in 2022. According to Ford spokesperson Mike Levine, Ford’s Ranger (the version sold on the international market) will be basis for the pickup, while the van will be derived from the American automaker’s Transit Custom van sold in other markets.

For its part, Volkswagen will create a city van that will be sold by both companies.

The collaborations on vehicle models could extend beyond those specific projects. The companies have also agreed that they will explore possible partnerships on development in the areas of autonomous and electric vehicles.

Ford and Volkswagen are both saying that the agreement could result in substantial operating cost savings as soon as 2023.

"Over time, this alliance will help both companies create value and meet the needs of our customers and society. It will not only drive significant efficiencies and help both companies improve their fitness, but also gives us the opportunity to collaborate on shaping the next era of mobility."

"(WE will) harness our collective resources, innovation capabilities and complementary market positions to even better serve millions of customers around the world. At the same time, the alliance will be a cornerstone for our drive to improve competitiveness." 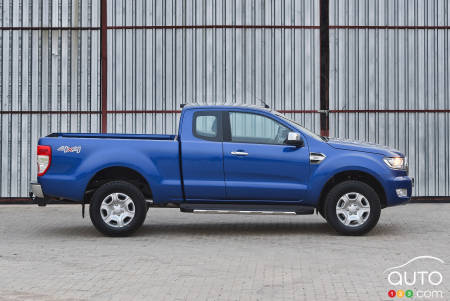 Volkswagen has said it wants to use Ford facilities in the United States to build some vehicles destined for the North American market, and while there may be some joint production occurring, Ford’s Hackett stressed that he does not foresee any cuts to the company’s workforce as a result of the Ford-VW agreement.

Ford and Volkswagen are reportedly preparing to announce further details of a partnership the two automotive giants have been working on. The setting will be...