We’d seen Volkswagen first production-stage ID model in teaser sketches, then in camouflage as the model went through final testing. Now the German automaker has officially unveiled the Volkswagen ID.3 electric car on the eve of the 2019 Frankfurt auto show, which officially kicks off tomorrow.

And the images confirm what we could previously surmise from earlier images: the ID.3 borrows much of its overall shape from the VW Golf and adds some modern touches befitting its status as the first model to come out of Volkswagen’s family of ID-badged electric vehicles.

It being an electric vehicle, the model gets a streamlined front end without an upper front grille – though it still features a large air intake. The interior is unsurprisingly futuristic and tech-oriented, starting with an oversized infotainment screen that floats on top of the central console. For the European market (this ID.3 won’t be offered in North America; we’ll have to wait for another ID model to get the honour, and that could be the ID Crozz we’ve seen before or its descendent), The Volkswagen ID.3 will have three different battery capacities, with a range that varies between 205 miles (330 km) and 342 miles (550 km), according to the European WLTP test cycle.

The car is designed and built on the company’s new electric platform, which places the flat battery pack under the body to save space, while auxiliary units like the AC compressor and steering rack are integrated up front. Total output is given as 204 hp and maximum torque is 229 lb-ft.

Production of the ID.3 is set to begin this November, and Volkswagen has stated that pre-orders already total more than 30,000.

Volkswagen says it wants to keep the starting price of the ID.3 under 30,000 Euros in Germany, or the equivalent of around $43,600 CAD. 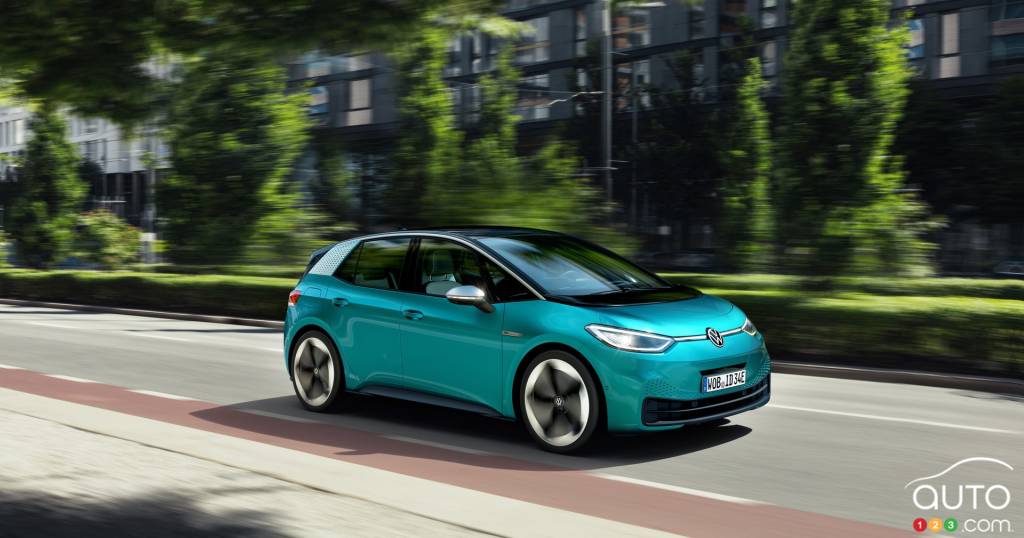 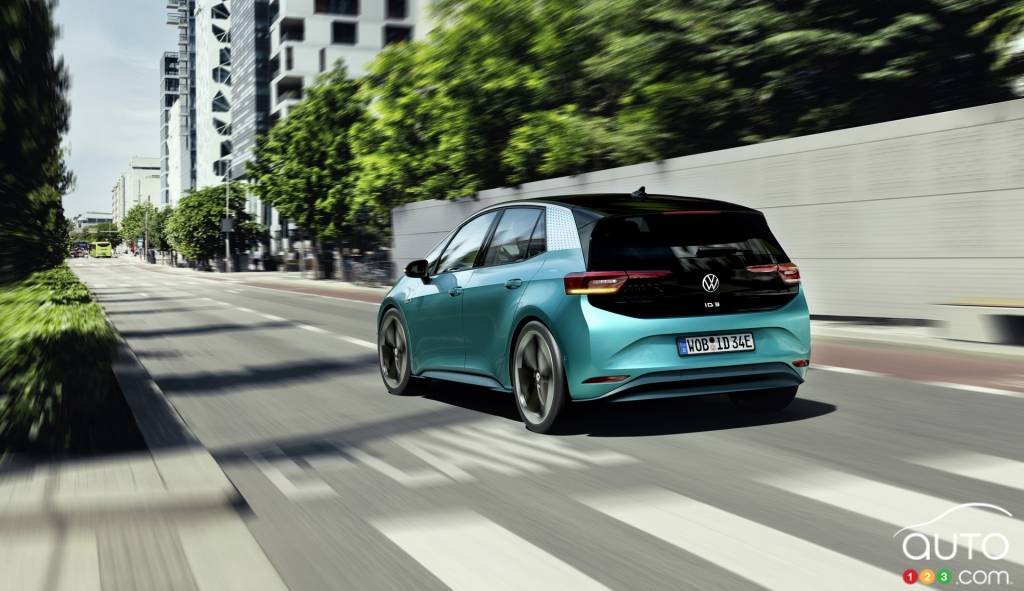 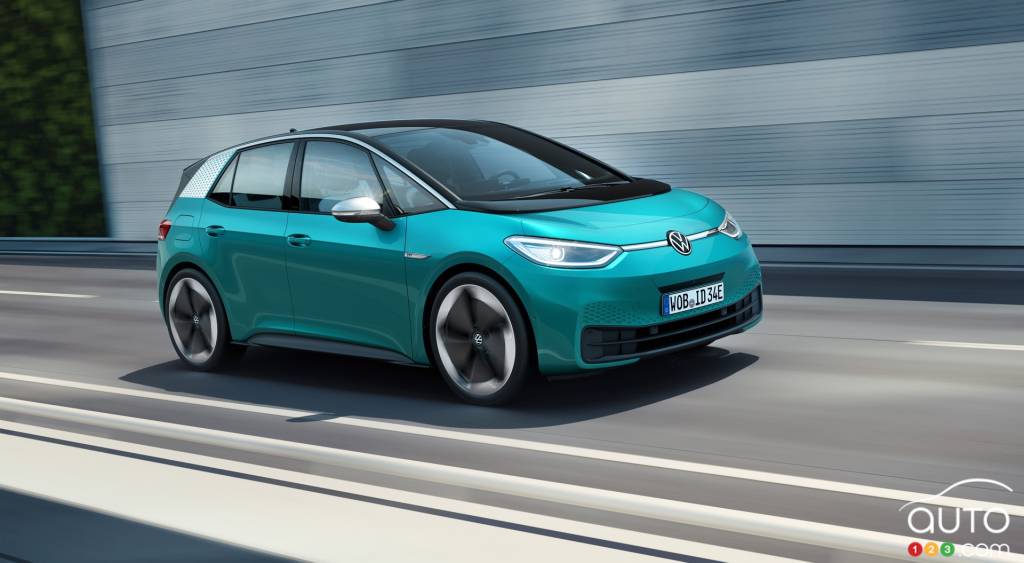 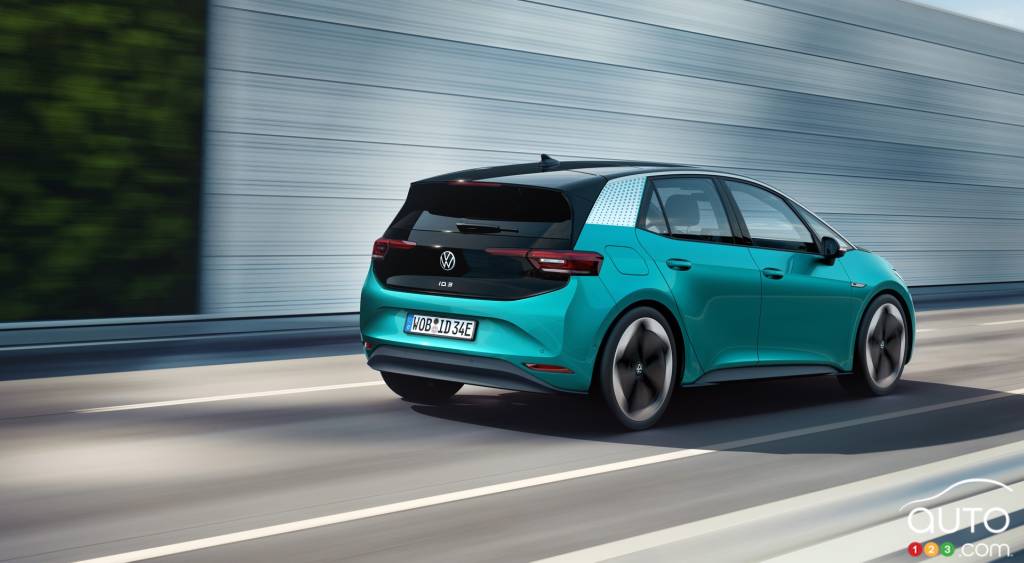 World Debut for Volkswagen I.D. Buzz Cargo and its 600-km...