Audi is renowned for its relative conservatism when it comes to car design, and generally any concept presented by the German automaker is very, very close to production-ready.

This is what makes the AI:Trail Quattro concept, presented yesterday at the 2019 Frankfurt auto show, not just jarring but eminently refreshing. The model is the fourth in a series that aimed to reveal the company’s vision of the future in terms of automotive mobility. More specifically, this prototype shows a possible future envisioned by Audi in the domain of all-electric off-road vehicles.

The styling, needless to say, is downright spectacular, and one reason for that is that the designers were freed from the constraints imposed by traditional combustion-engine powertrains. The wheels, for example, have been placed at the four extremities to allow for optimal attack and exit angles. 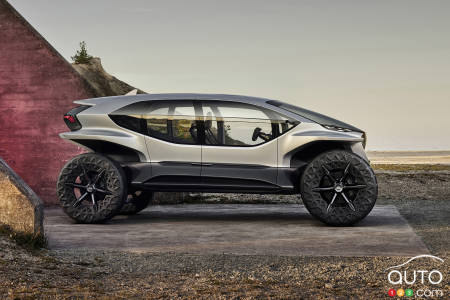 Inside, the stylists let loose with a futuristic approach, starting with a semi-circular steering wheel. The vehicle can accommodate four occupants in bucket seats with four-point safety belts.

As for what drives the thing, Audi has fitted it with four electric motors that together deliver a feast of power, namely 435 hp, and 738 lb-ft of torque. No need for differentials and other mechanical components that add serious weight to a vehicle.

As for range, Audi, well aware of the scarcity of charging stations in off-roading environments, gave its prototype a massive lithium-ion battery. It delivers a range of about 520 km in milder off-road situations, and 250 km on terrain that’s more… extreme.

We don’t need to tell you (but we will anyways) that this vehicle won’t be appearing on (or off) our roads anytime soon. But it does serve to showcase how far Audi is willing to push back the limits of what’s possible in vehicle design. 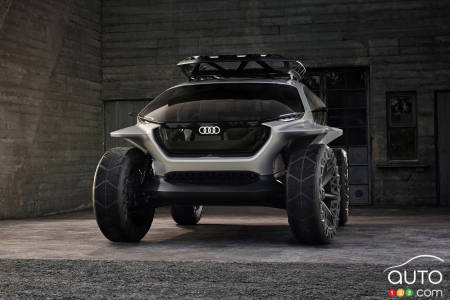 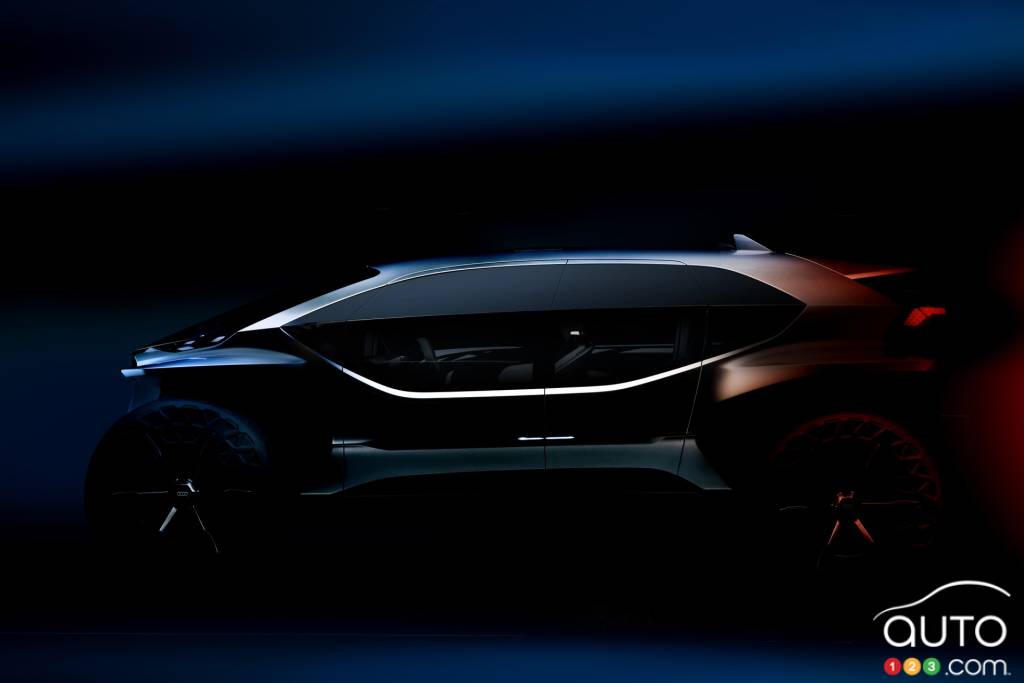 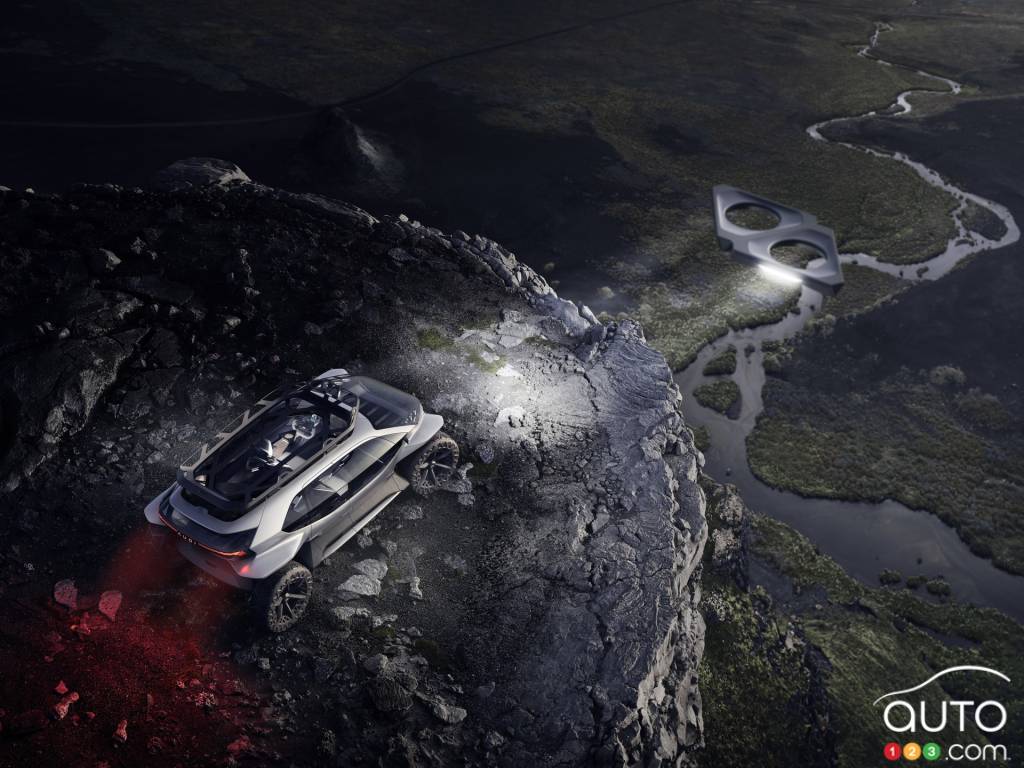 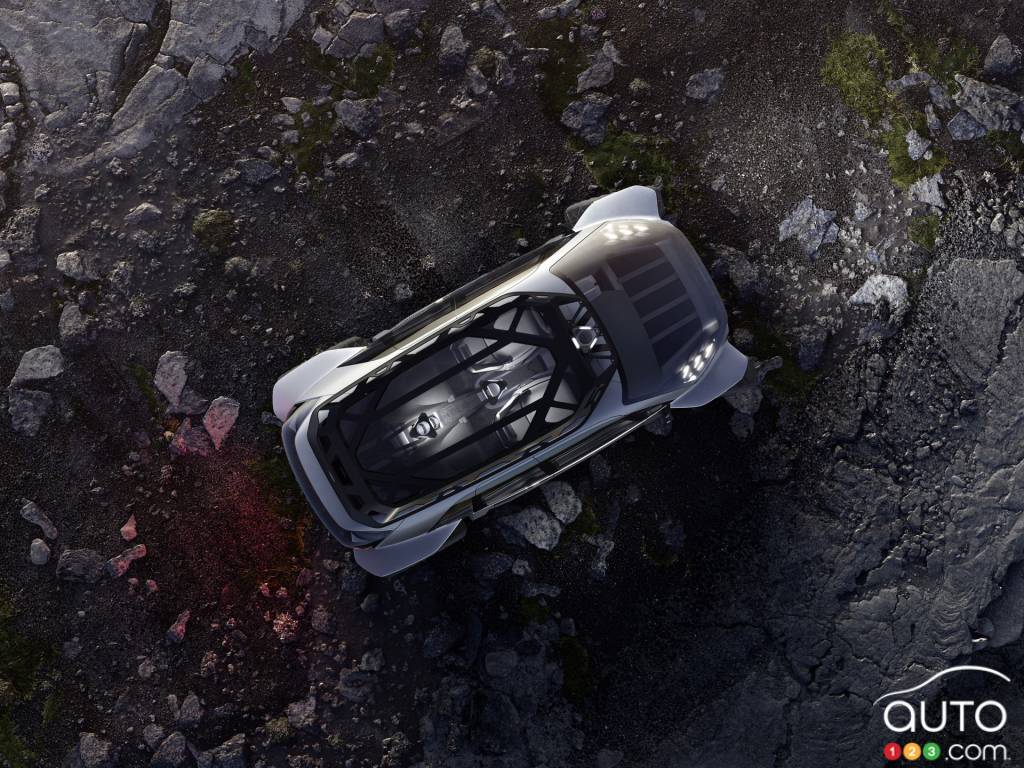 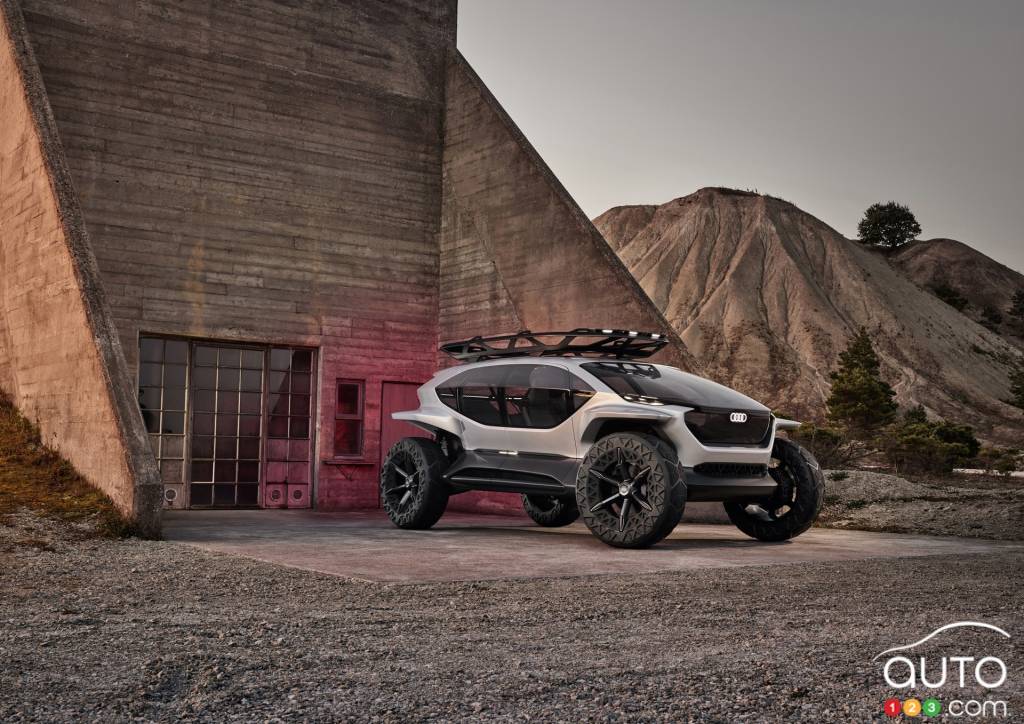 Audi Q4 e-tron: The Luxury Counterpart to the VW ID.4

Audi presents the Q4 e-tron, a more luxurious version of the Volkswagen ID.4. The model benefits from the same organs as its cousin, but will be offered with...