•    Profits from pickup truck sales allow the company to invest heavily in electrification.

•    GM also believes its electric models will be profitable by 2025.

General Motors (GM) has, over the past year, been presenting future electric models as part of its move away from traditional gasoline engine technology. The American giant has laid out ambitious goals for its EVs, including outpacing Tesla by the middle of this decade.

All the same, GM does not intend to abandon the gasoline engine anytime soon. The company's president, Mark Reuss told Fox Business recently that GM is not ready to leave segments where combustion engine models largely dominate sales.

Of course, he's referring to the various pickup truck categories in which GM does very well.

“The internal combustion engine era is not over. We're not going to abandon the segments where these engines are dominant, like with GMC and Chevrolet pickups,” said Reuss. 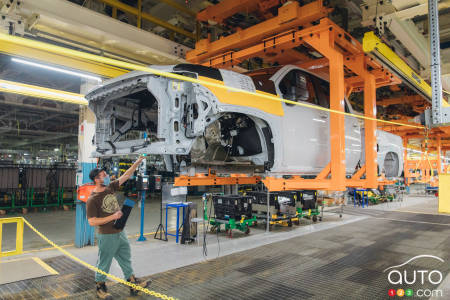 The strategy is certainly understandable. The pickup truck segments are very lucrative, and the irony is that it is strong sales and high margins in these segments that allows GM to invest heavily in electrification. GM wants to inject some $35 billion into development of electric vehicles and autonomous driving technologies by the middle of the decade.

On Friday, GM CEO Mary Barra said that the company’s electric vehicles will become profitable starting in 2025. Once that happens, the company won't have the same reliance on profits from its pickup truck sales to fund electrification. GM will still need those profits, of course, and we can bet it won’t turn the faucet off on those until it has to.

GM has announced $854 million in investments for the production of a new-generation small-block V8 engine. This will be the sixth generation for the engine t...

New York State is targeting 2035 for a ban on the sale of new gasoline-powered vehicles. Quietly, a consensus seems to be building across North America on th...