The 2019 Goodwood Festival of Speed takes place in early July in England, and Lexus looks set to be there with the production-ready convertible version of the LC coupe. The company had first shown a concept version of the cabriolet edition earlier this year in Detroit.

That concept looked pretty close to a production-ready model, however, which meant we likely wouldn’t have to wait long for the real thing from Lexus. And so it is.

The variant that will debut in England is based on the regular edition of the model, the LC 500, but the company is said to be working on a convertible version of the LC 500h hybrid variant as well.

It’s expected that the two convertible LCs will debut near the end of this year as 2020 models. 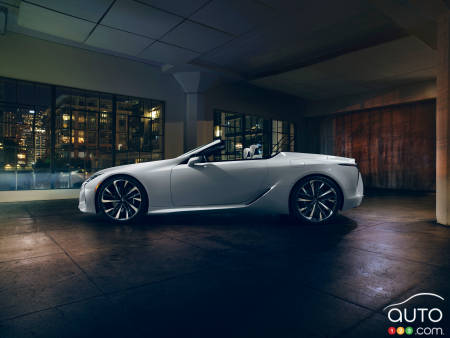 One thing we don’t yet know is what type of roof will be fitted on the new convertible versions from Lexus. The last cabriolet models to be produced by Toyota’s luxury division came with hard tops; the last of them was the IS C, but there was also the SC, a longtime presence in the Lexus catalogue. The former disappeared in 2015, the latter in 2010.

The current RC coupe was originally supposed to come with a removable top, and the original design was for a convertible. But Lexus changed course, preferring to throw its money at developing, you guessed it, SUVs.

The calculation here is that a more-expensive model like the LC is more likely to be profitable for the company.

Beyond its soft top ambitions, the company is said to be working to be working on an F performance edition of the LC, which would cause quite a stir in the industry. The regular version and its V8 engine already has 471 hp to play with. Speculation is that a beefed-up LC-F could see the light of day next year.

Things are moving at the top tiers of the Lexus lineup. 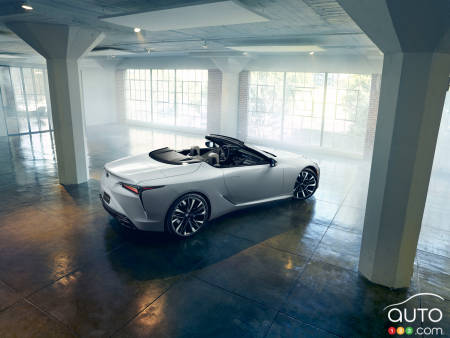 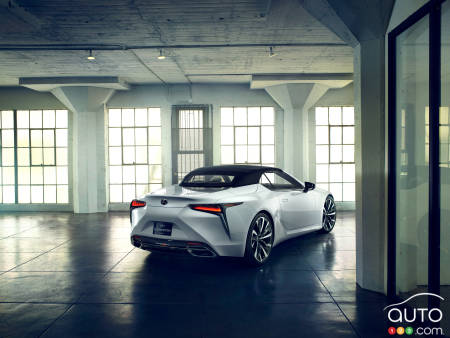 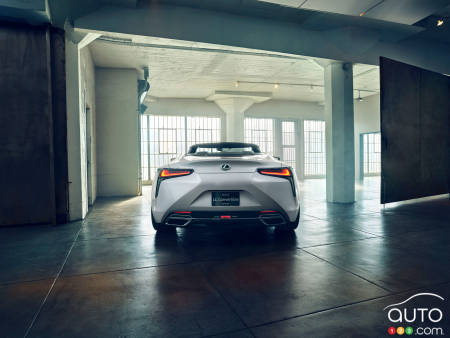 Lexus’ LC has blown its lid at the 2019 Detroit auto show as the Japanese automaker introduces a convertible concept version of its sports model. While still...