Last week it was learned that Honda would close its only European plant along with one in Turkey – news that news barely registered in North America.

We now learn that that decision may bring some positive results for automotive workers in this side of the Atlantic.

The company has confirmed it intends to increase production at Canadian and/or American plants when the British and Turkish plants shut their doors in 2021.

"Given our efforts to optimize production allocation and production capacity on a global scale, we have concluded that we will produce the Civic for North America in North America."

The executive’s comments confirm the rumours that had sprung up immediately following the announcement that Honda was closing its plant in Swindon, England. 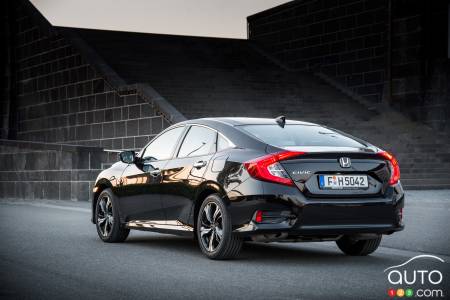 CEO Hachigo also took pains to explain that Honda’s decision to stop UK production had nothing to do with Brexit. Instead the move comes as a result of an agreement between the European Union and Japan, which substantially reduces the cost of importing Japanese cars onto the European continent.

That makes it unnecessary to locate production on European territory in order to avoid having to pay huge tariffs.

As it happens, production at the plants in the UK and Turkey will cease in 2021, at the same time as the current Civic generation reaches the end of its own production cycle.

As for how production would be distributed among Honda’s facilities in North America, located in Ontario and in Indiana, the company provided no details.

We’ll have to wait for more on that, especially since the present generation of the Civic still has two years to go before its replacement comes due.

Honda Reducing Production of Accord, Civic, Two Other Models

Honda announced a temporary reduction in production of its Accord and Civic models as both models have struggled on the sales front this year. With consumers...