Japanese automaker Honda has announced it’s slowing down production of its Accord sedan at the company’s plant in Marysville, Ohio. Specifically, the second shift that was assembling them model is being idled, cutting annual production by 55,000 units.

The manufacturer will use the pause to update its facilities in anticipation of the arrival of new technologies, including those related to electric vehicles. No jobs are being cut, but Honda is offering buyout packages to those who want it.

Year-to-date, sales of the Accord are down by 5.9% in the United States compared to 2018. Here in Canada, over the first five months of the year the model’s numbers have dropped by 12.4%. These drops come after a 2018 that was itself difficult, with U.S. sales registering a 10% compared to the year before.

The problems the Accord is experiencing have little to do with quality issues either; the reality is simply that consumers continue to flock to SUVs. No matter what the name on the back, it’s not easy being a car these days.

To wit, even the Civic is on the downswing. The drop for that model in Canada over the first five months of 2019 is 10.4%, and 5% south of the border. It too will see its production cut at the Marysville plant. 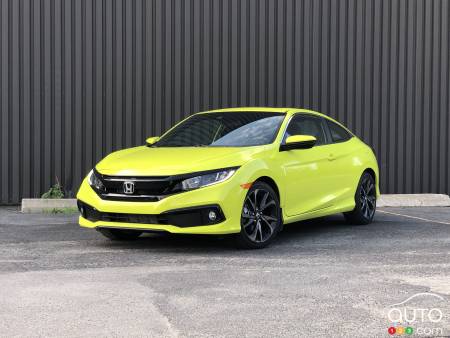 As part of Honda’s reorganization of its production schedule, Acura’s ILX and TLX models will also be cut back.

In the midst of all this, Honda says it does not want to get into a price war by offering big incentives in the hopes of boosting numbers. Toyota has embraced this strategy in the U.S. and seen sales of its Camry sedan rise by 6% this year to date.

After naming the Honda Civic Best Small Car, the Automotive Journalists Association of Canada (AJAC) picks its larger sibling as the Best Large Car in Canada...