Honda has issued a recall of around 437,000 vehicles equipped with the company’s 3.5L V6 engine. Salt accumulation resulting from the use of low-quality gasoline being used can affect the proper functioning of the gas pump.

The problem was discovered by Honda after it investigated a number of cases in which engines stalled suddenly. Found to be at cause were sodium deposits resulting from the use of low-quality gasoline, which could lead to the gas pump ceasing to function.

"Re-creation tests confirmed that fuel containing greater than one part per million of sodium could result in restricted vehicle acceleration and/or engine stall."

Honda will replace any damaged gas pumps and update the software in all of the engines to prevent the fuel pumps from operating in a low-voltage mode, which would allow the sodium to accumulate.

Honda Canada has contacted us to specify that no vehicles north of the border are affected by the recall. Only models in the United States are subject to the recall. 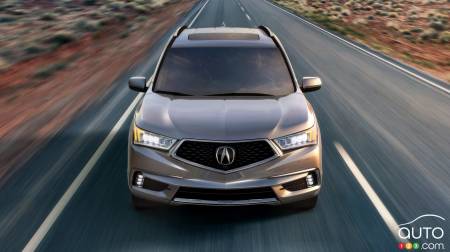