Life savers, quite literally: Car airbags have helped significantly reduce fatality and injury rates resulting from road accidents over the years. But what happens when there’s a second impact during an accident, when the airbags have already deployed?

And yet, this is not at all a rare scenario. According to Hyundai, one-third of accidents involve more than one impact on a vehicle. The Korean automaker has thus been working on a system of secondary airbags, which would deploy only in the event of a second impact.

This is one of those things that no one thinks of… and then someone does and we wonder why no one did earlier.

This is how Hyundai’s system functions: After an initial impact, sensors identify the positions of the occupants within the vehicle to determine which secondary airbags would be most likely to protect them in the event of a second collision. One scenario would involve a partial frontal collision, followed by the vehicle hitting a parked vehicle and/or rolling over once or several times. A dual-deployment airbag system would be better able to protect the vehicle’s occupants.

It’s also pretty easy to imagine the effectiveness of such a feature in the event of a multi-vehicle accident or highway pile-up.

According to the National Highway Traffic Safety Administration (NHTSA), there were 56,000 accidents involving multiple impacts in the United States between 2000 and 2012. These accidents vary greatly in their severity, but still, it provides insight into how common these types of collisions are.

Hyundai is actively working on this new secondary airbag system, and once it’s ready we should start to see it be gradually introduced into the automaker’s vehicles. 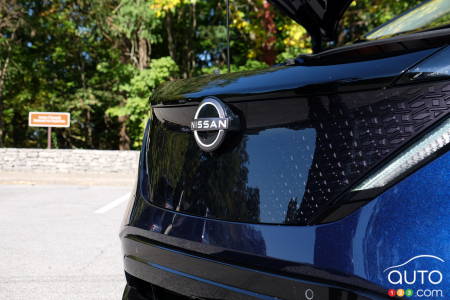 Feet on the dashboard? Think Twice!

An image shared by police vividly demonstrates the dangers of front-seat passengers keeping their feet on the dashboard of a moving vehicle. The x-ray shows ...

Hyundai’s New Airbag to Protect Occupants… From Each Other

Hyundai has unveiled a new airbag designed to work in the space between the two front-row occupants of a vehicle. In the event of a crash, the airbag will de...