Hyundai has announced that it will invest $7.4 billion over the next five years in the U.S. to develop several key technologies, including electric vehicle manufacturing, hydrogen and even advanced robotics.

At the top of the priority list is the assembly of electric vehicles in the United States. Notably, Hyundai plans to manufacture electric models as early as 2022 at its plant in Montgomery, Alabama. The vehicles will belong to both the Hyundai and Kia brands. Th Alabama plant currently produces the Elantra and Sonata sedans, as well as the Tucson and Santa Fe SUVs.

The latest announcement adds weight to others the company has made recently, including one that will see electric vehicles emerge the new Ioniq division, as well as other models produced under the Genesis umbrella. Producing electric vehicles in the U.S. will also give Hyundai an edge over competitors such as General Motors, particularly in the context of the current U.S. administration's plan to offer $100 billion in incentives for electric vehicles built in America. And despite its aggressive electric vehicle program, Hyundai isn't giving up on hydrogen. The company will work with the U.S. government to expand hydrogen fueling infrastructure by adding stations and providing the government with Nexo cars for its fleets.

Hyundai is also looking to expand the use of hydrogen fuel-cell powered commercial trucks. The company plans to provide logistics between ports and warehouses using hydrogen-powered trucks, in addition to working with Cummins to develop and deploy hydrogen fuel systems.

The other area where Hyundai plans to invest is in advanced technology. The group wants to create an urban air mobility ecosystem. In other words, it wants to see flying cabs in the sky. To that end, it will create a subsidiary based in Washington, D.C. to explore options in this nascent field. Hyundai will also leverage its 80 percent stake in Boston Dynamics, creator of the robot dog, to advance robotics research. Finally, Hyundai will continue to develop its autonomous driving technology with the goal of launching a robotaxi in collaboration with Lyft by 2023. 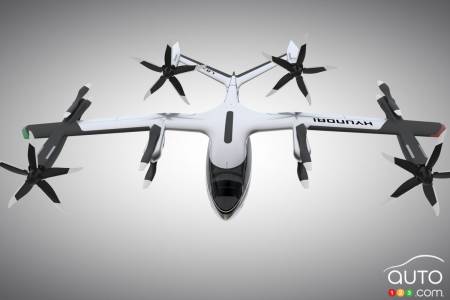 Hyundai Motor announced to an investor meeting this week that it plans to introduce 17 new electric vehicles by 2030 under its Hyundai and Genesis brands. Th...