The Hyundai Kona has been a raging success since its introduction, especially here in Canada, and there’s plenty of reason to think that the upcoming Kona Electric will follow suit. The variant is set to launch in North America in the coming weeks.

Now Hyundai has announced the range of the small all-electric SUV, and it should help the model’s cause even further: the U.S. figure being advanced is 258 miles, or around 415 km.

We’ve written numerous times about what a priority range is for consumers when it comes to choosing an electric vehicle. 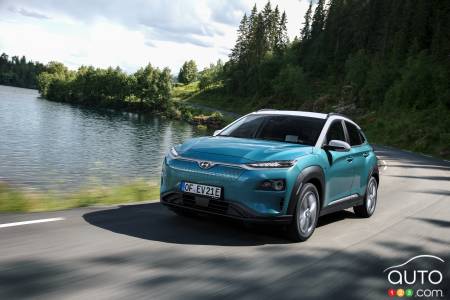 The Hyundai Kona is currently launching in various overseas markets and should hit dealers in California in the coming weeks, before being introduced in other American states. The Canadian edition should be rolled out at about the same time.

Mechanically, the power unit will produce the equivalent of 201 hp and around 291 lb-ft of torque, and enable the vehicle to accelerate from 0-100 km/h in 7.6 seconds. This number is not designed to convey the performance-minded character of the Kona, but rather to provide a point of comparison with competing models. 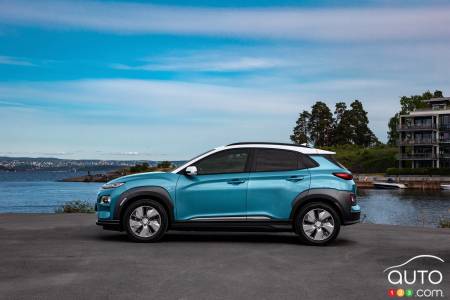 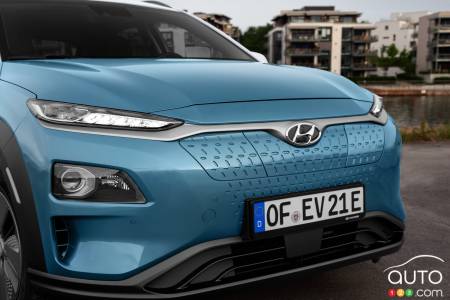 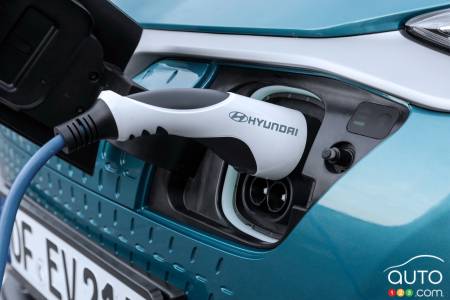