The Gran Coupe version BMW is preparing of its 2 Series for 2020 is a different bird than previous gran coupe variants the company has produced. Where earlier gran coupes were essentially stretched-out versions of the two-door coupe variants they were based on, this 2 Series 4-door is pretty much all-new. Which makes it more interesting as we approach its unveiling at the Los Angeles Auto Show.

BMW has released some more info on the model as well as photos showing it in camouflage complete with a handy QR code for visiting a dedicated webpage set up by the automaker. 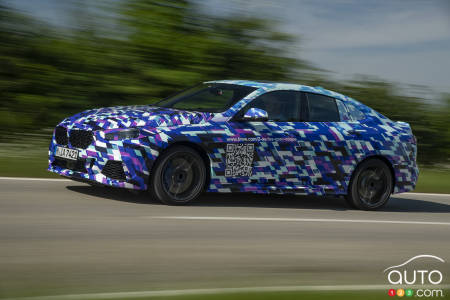 Here’s what we know about the 2020 2 Series Gran Coupe so far. The two known trim levels are the 228i and the M235i, and both ride on a front-wheel drive configuration, that is for the European market (all-wheel drive will be available as an option there, and it appears the xDrive will be the only configuration North Americans get). The model is constructed on BMW’s new UKL2 modular architecture, and borrows a number of technological elements from the new 1 Series. 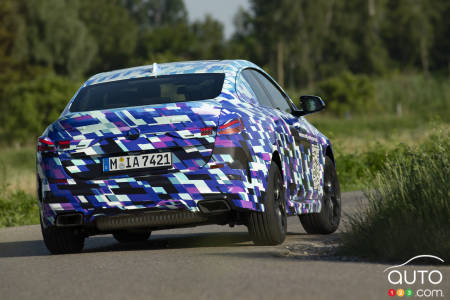 Visually, much is discernible through the camouflage, starting with the large dual-kidney front grille that looks more or less the same as found on the 2 Series. The headlights are slanted and slightly cross-looking, and the roof is appropriately sloping for a “coupe”, even if the car has four doors and looks in many respects like a traditional sedan. The total length of the 2 Series Gran Coupe is 4,560 mm, which is slightly shorter than the Mercedes-Benz CLA, for example.

After its first presentation in Los Angeles in November, the 2020 BMW 2 Series Gran Coupe is expected to be available commercially in spring of next year. 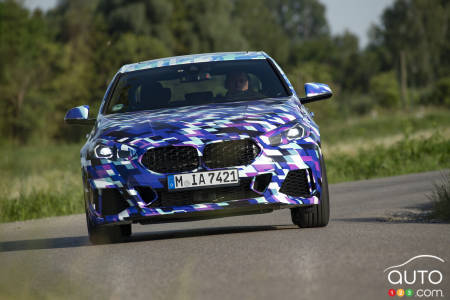 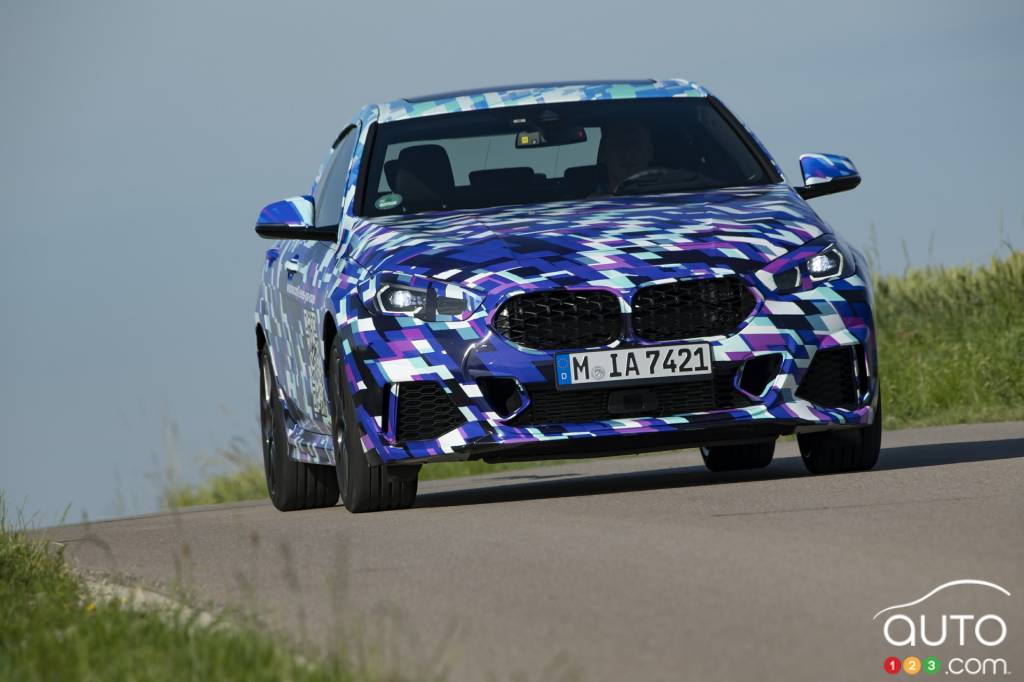 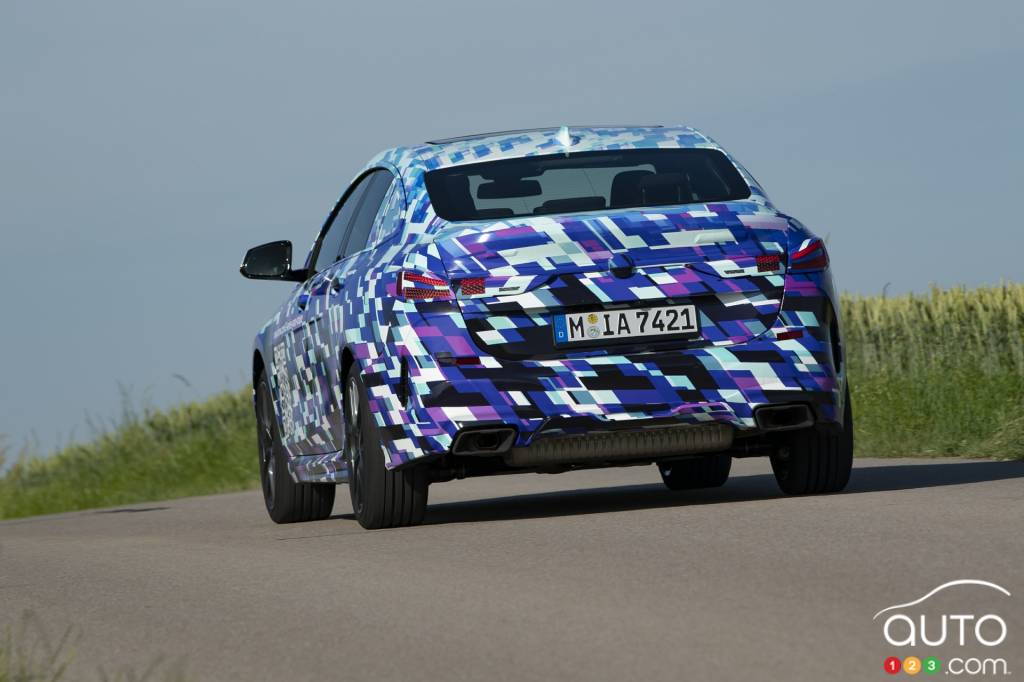 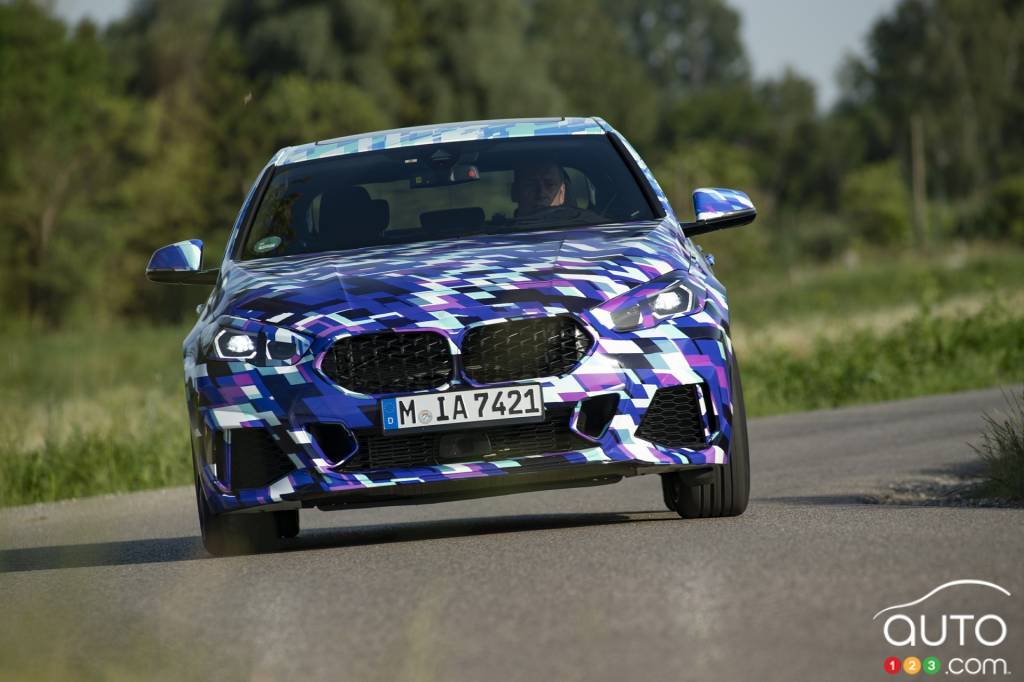 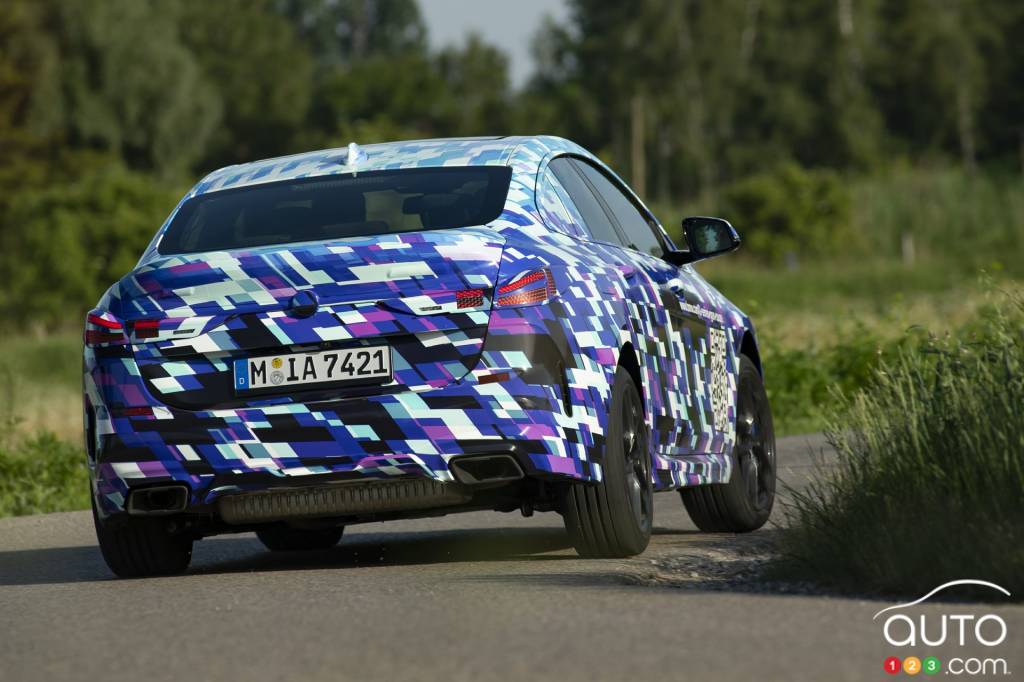