The BMW Group used the occasion of the Los Angeles Auto Show to present a long list of new products, from the return of the X5 M and X6 M with 600 horses and the world premieres of the 2 Series Gran Coupe and M8 Gran Coupe to the new Mini John Cooper Works GT with 301 hp, not to mention the Mini electric SE. Oh, and the BMW M2 CS!

Most powerful Mini to date
Recently introduced in the JCW Clubman, the 301-hp 2.0L turbo engine has migrated into the Cooper version, the Mini John Cooper Works GP. Able to accelerate to 100 km/h in 5.2 seconds, the new two-seat GP based on the Mini 3-door will be a very limited edition. Only 3,000 copies will be produced worldwide and just 59 units of those will find their way to Canadian dealerships at an advertised price of $51,900. The models will be individually numbered from 0001 to 3,000. 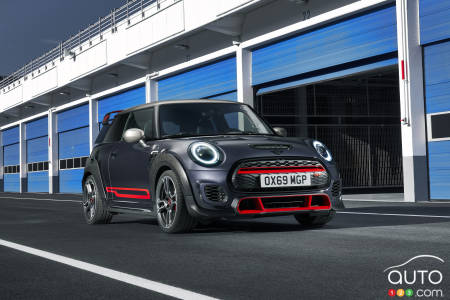 An electric Mini
At the other end of the spectrum, Mini has confirmed the return of the 2020 Mini electric 3-door. Announced at $39,900, the EV is eligible for the federal government’s $5,000 rebate and, in Quebec, the $8,000 provincial incentive. 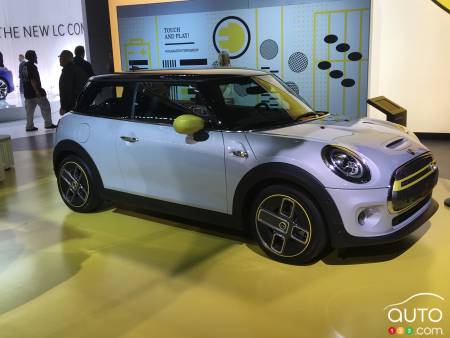 BMW 2 Series Gran Coupe
BMW presented its most recent 2 series in a world premiere at the Los Angeles show. The Gran Coupe takes on a style adopted by other recent models in the BMW family. Its slender silhouette with wider shoulders and frameless side windows gives it an elegant sporty appearance. You also have 430 liters of trunk space. Market launch is set for March 2020 and the new model will be produced at BMW's plant in Leipzig, Germany.

The model will be available in the form of the 228i xDrive and M235i xDrive. We find the same 4-cylinder as the 3 Series for the former with its 241 horses, while the latter delivers slightly over 300 hp. 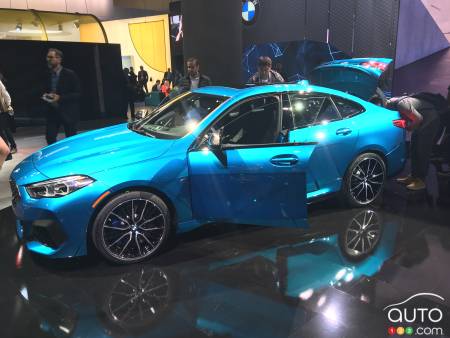 BMW M2 CS
We stay in the 2 Series family, but in its most extreme version with the M2 CS. A recipe that has worked well with the 3 Series has now migrated to the 2 Series as well.

Designed for amateur racing and the new Clubsport segment, the BMW M2 CS Racing will be available as of next spring. Power comes from an inline 3.0L twin-turbo making 450 hp. You can opt in an Adaptive M suspension and 19-inch forged alloy wheels with Cup tires. 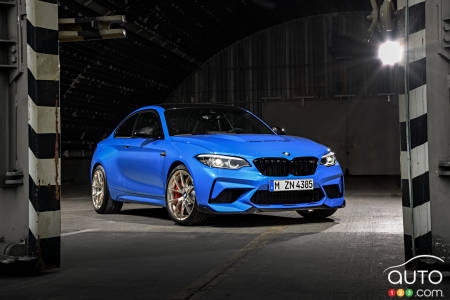 BMW M8 Gran Coupe
While it was at it, BMW also put on the world premiere of the M8 Gran Coupe, which offers the same silhouette and powerful shoulders that characterize the other Gran Coupe models as well as a distinctly carved rear end and M-specific features.

Power comes from a high-revving 4.4L V8 engine using the latest M TwinPower Turbo technology, which develops 600 hp in the regular model and 617 hp in the M8 Gran Coupe competition.

The M xDrive all-wheel drive system transmits engine power to the road via centrally controlled interaction with the Active M differential on the rear axle. The deactivation of the stability control system involves the 2WD mode, with power then sent to the rear wheels.

BMW’s official acceleration numbers are 0-100 km/h in 3.3 seconds for the regular model and 3.2 seconds for the Competition version. No prices have been announced yet, but we expect them to be north of $200,000. 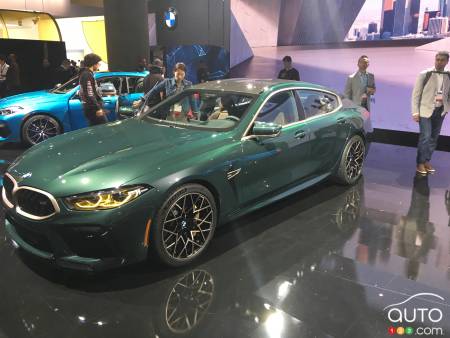 Return of the X5 M and X6 M
After a short absence, the X5 and X6 M come back strong in 2020 with the same V8 found in the other M products that provides 600 hp, and 617 in the competition version. Engine power is transmitted to the road by means of an 8-speed M Steptronic transmission with Drivelogic, an M xDrive all-wheel drive system with tailor-made tuning and an active M differential on the rear axle.