Spaceport America, New Mexico - In 1989 Infiniti launched its first model in the United States (the company expanded to Canada in 1990). Its big Q45 sedan had been the subject of an ad campaign that starred a quiet lake on a rainy day with just the name Infiniti appearing at the end of the ad. A bold move for a new company – and a grille-less car – that nobody knew about when it arrived on the market. After its early years marked by the M30, J30 and FX35 models, Infiniti turned to the future with two forward-looking solutions designed to excel in a greener market.

A unique solution
Beyond the full-on electric solution that all car manufacturers are including in their strategies, Infiniti is also looking at another approach called E-Power at Nissan, which is already on the market in Japan.

Different from traditional hybrids, this system doesn’t offer any electric-only range like a typical plug-in hybrid vehicle, but it’s still an electric vehicle according to Infiniti – though as you’ll see the automaker is playing on semantics. 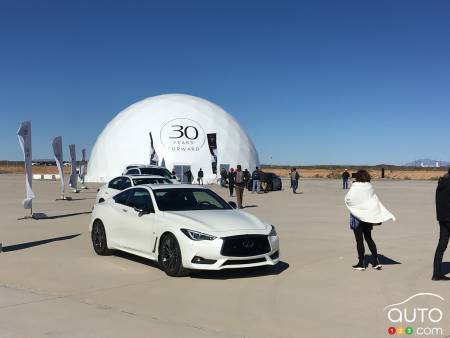 The new technology relies on power from two electric motors - one on each axle - located under the cabin floor, with a capacity ranging from 3.5 to 5.1 kWh, depending on the model. These two electric motors provide power that will range from 248 to 429 hp and all models (5 in total in the next three years) will be AWD.

So far, so good. But then things get a little complicated. This electric powertrain, capable of accelerating from 0-100 km/h in 4.5 seconds, will be permanently assisted by a generator. In other words, these low-capacity batteries will be constantly recharged by a 1.5L 3-cylinder gasoline engine that provides a continuously variable charge rate to the battery. This gasoline engine does not bring any extra power and does not move the vehicle, it only provides energy to the batteries putting power to the wheels.

This allows Infiniti to call it an electric vehicle. Technically, these will be gasoline-powered electric vehicles. GM used the same principle to define the Volt as an EV, but while that model could go for over 80 km in 100% electric mode, Infiniti’s technology (still without an official name) won’t deliver any range in purely electric mode because the three-cylinder engine will always be running. 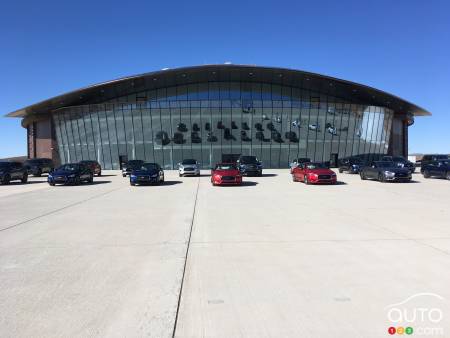 The pros and cons of such a system
The use of a gasoline generator means that these vehicles won’t need to be charged for hours, and can go nearly 800 km between refueling. Infiniti says the vehicle emissions from this 3-cylinder engine will be significantly reduced compared to the brand’s existing vehicles and other internal combustion engine vehicles on the market.

But, as low as they may be, there will be emissions. We can’t help but find it a bit odd to offer up an electric vehicle that emits greenhouse gases. Official figures are not yet available, but we’re not in zero-emission territory.

A bridge to electrification
The other advantage of this platform is that it can accommodate both full EVs or vehicles with the no-name gas-electric system. Infiniti could then easily switch from one to the other depending on market trends and tendencies.

The new Infiniti gasoline-electric vehicle powertrain will be compatible with many platform contact points that are identical to those of a full EV model, with each system feeding a battery into a high-performance e-AWD system. 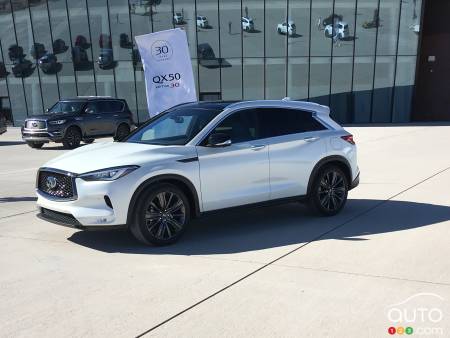 The platform for future Infiniti electrified vehicles will be designed to accommodate a pair of high-efficiency electric motors - one on the front axle and the other on the rear. Both technologies will thus be interchangeable. For electric vehicles, the space between the two axles will be given over to a large capacity battery pack.

Vehicles with a generator will see the same space occupied by a battery pack, a fuel tank and an exhaust system, with the 1.5L engine located at the front to power the battery pack.

In both cases, power delivered to the wheel is strictly via the electric motors. This makes it easier to develop the two technologies in parallel by realizing economies of scale in the development of the platforms and to favour one or the other of the two technologies according to evolving demand.

A QX55 for next year
Infiniti also unveiled its next SUV (yes, another one). The QX55 takes on sportier and more-aggressive styling, starting with a more muscular and upright format. For us media types at the presentation, taking any pictures was strictly verboten, Infiniti intending this solely as a teaser. The model will be unveiled during 2020, probably as a 2021 model.

In the meantime, the company’s 2020 models will benefit from InTouch technology, Infiniti’s new infotainment system featuring dual screens that will be available throughout the Infiniti product line. The system will provide users with an even greater abundance of information, via Apple CarPlay and Android Auto for instance, and other new voice control features to make life easier for the driver.

With regards to EV technologies, five models (three SUVs and two cars) will be presented over the next three years with and without that gasoline generator; no order for their rollout has not yet been determined.

INFINITI is at the 2019 Detroit auto show to present its QX Inspiration concept, an electric SUV that previews the brand’s future direction in the electric m...