The Futuron concept is unlikely to ever make it to a production version, let’s be clear. Rather it serves, as with a number of recent electric prototypes we’ve seen from a range of manufacturers recently, to showcase the advanced technologies the Korean automaker has been working on. Also being previewed are design elements that may well make their way into future models from the brand, electric and otherwise.

All-Electric AWD Sports Car
The Futuron SUV (Kia actually calls it an all-electric AWD sports car) sports a sleek coupe-like silhouette, and in fact it has just two doors – if you can spot those, since there are no handles. The wheelbase is long (3,000 mm long, to be exact; total length of the vehicle is 4,850 mm) and the body sits on oversized wheels, while the front end sports a massive grille with backlighting to make it even more prominent. 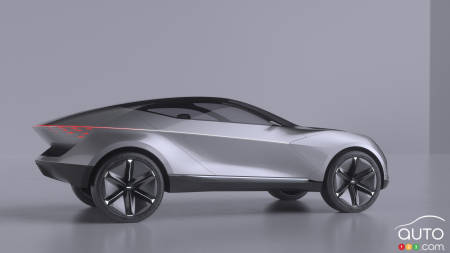 As this is unabashedly an experimental design study, Kia provided no specs or details as to what makes the vehicle go, or would if it was actually functional.

Not surprisingly, the interior looks as futuristic as the outer shell. According to Kia, the front seats recline automatically when the self-drive mode is activated. Which of course tells you the idea is that this vehicle would come with autonomous driving capability.

The new Futuron concept provides a nice, though contrasting, adjunct to the Kia Habanero electric crossover concept the company presented at the most recent New York auto show in April of this year. 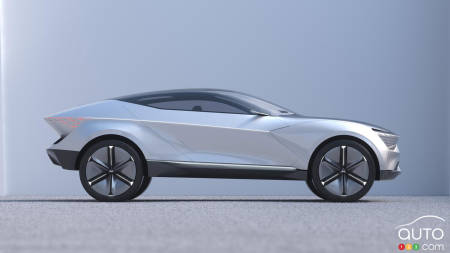 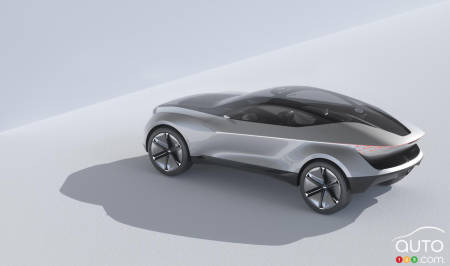 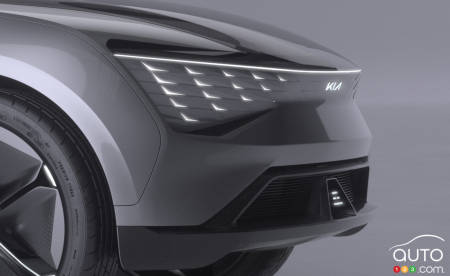 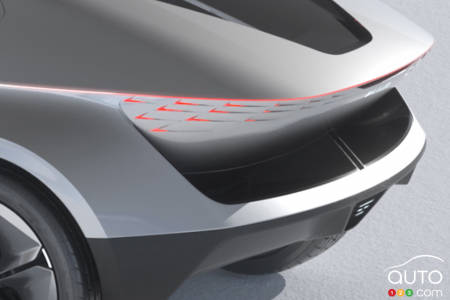 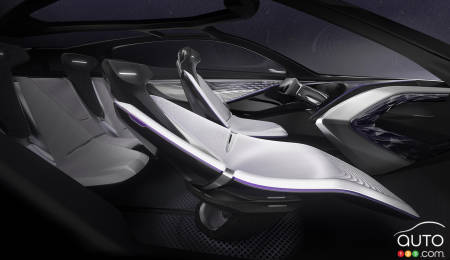 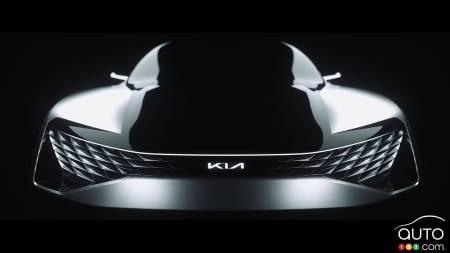