A few weeks ago, we gave you a glimpse of what the 2022 edition of the Sedona minivan was going to look like at Kia. Why 2022? Because the next-generation model first makes its debut in South Korea in 2021 (as the Carnival) before being delivered to our market.

The Kia Carnival adopts a distinctly SUV-like styling, up front most prominently but also in the back with a frame that partially encircles the third side window. Kia wants to give the impression that what it's selling is anything but a minivan; we’re not sure who will be fooled, exactly…

Nevertheless, first impressions are that the styling exercise is a success. 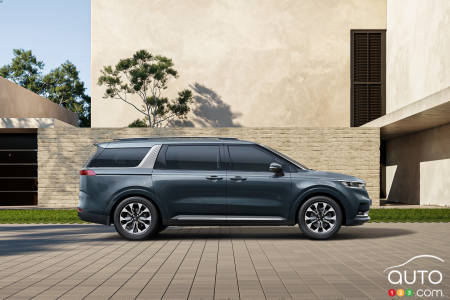 The new Sedona is longer and wider than the outgoing model. The wheelbase for example has been lengthened by 1.2 inches. According to Kia, this creates more room for third-row passengers while increasing cargo space behind. The second-row captain's chairs remain reclining, like those found in the current model. As before, however, this will be an option, with an eight-seat interior configuration also to be available. Upscale versions will offer an impressive multimedia package with a 12.3-inch digital dashboard and a second 12.3-inch screen in the centre console.

The powertrain most likely to come with the vehicle is a 3.5L V6 engine, a unit that develops 290 hp and 262 lb-ft of torque, as well as an 8-speed automatic transmission. Unlike its competitors, including the Chrysler Pacifica and Toyota Sienna, the Sedona doesn't offer optional all-wheel drive.

That's going to hurt the fortunes of the minivan in Canada before it even takes its first steps. Kia has a full year to think about it, but it is possible that the model's configuration doesn't allow for it.

The Kia Carnival will soon go on sale first in Korea and world markets will follow. We're guessing that the new Sedona will reach us in 2021, but it remains to be seen whether it will be in the first or second half of the next year. 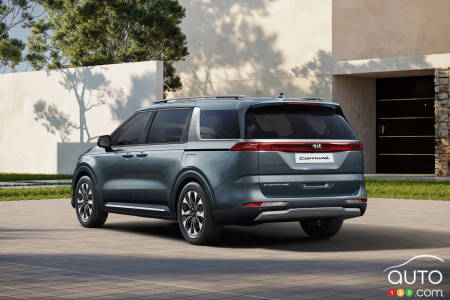 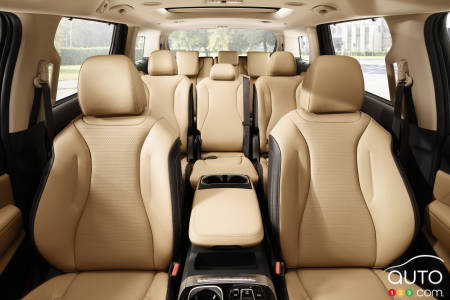 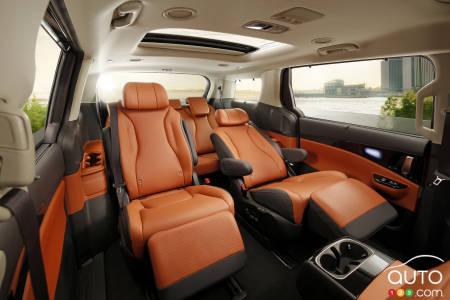 Kia Canada has introduced to North America the 2022 Carnival 2022, which happens to be the next-generation model of the Sedona. At first glance, there is a s...

The future 2022 Kia Sedona will make its debut this year in South Korea (under the name Carnival) and we've just been given a preview of its interior. With i...