General Motors has announced a temporary stoppage of production at its CAMI plant in Ingersoll, Ontario starting September 30, for a period of one week. The move is designed to realign production levels of the Chevy Equinox with demand, currently on the downswing. No other weeklong work stoppages were announced, but it is possible we could see more of them before the year is out.

The announcement came in the form of an email sent last week by GM spokesperson Jacqueline Thompson. On the union side, the president of Local 88 of the Unifor union that represents workers at the Ingersoll plant explained that the plant would see weeklong interruptions in production, but confirmed that no other week has as yet been identified for a stoppage.

General Motors is also cutting one work shift at its plant in San Luis Potosí in Mexico. Both the Canadian and Mexican plants assemble the Chevrolet Equinox SUV. The latter facility also produces the Chevrolet Trax and the GMC Terrain, cousin of the Equinox. 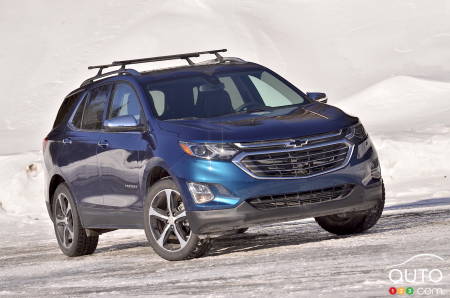 The automaker’s move comes in response to an industry-wide downturn in demand for new vehicles in North America and other markets, as well as trade uncertainties fueled by the U.S. administration. The shift cut in Mexico, which takes effect on August 12, is due to what GM describes as “variations in the industry forecast in different export markets.”

In the United States, the Equinox crossover continues to perform well, with sales over the first half of 2019 up by 11%, and total sales amounting to 174,157 units. In contrast, Canadian sales of the model are down by 17% over the same period this year, with 9,687 units having found buyers.

Production was already down this year at both of the affected plants – by 1.2% at the CAMI plant and by 12% in Mexico.

From the union standpoint, there is one cause for relief, and that is that GM decided to reduce production at the Mexican plant as well, this in spite of much lower labour costs there.

“I think it’s a sign that GM does recognize our quality,” said Local 88 President Joe Graves.

Production of the Chevrolet Blazer Temporarily Halted in ...

Chevrolet has temporarily halted production of the Blazer SUV in Mexico. The current conflict between GM and its workers in the U.S. has resulted in a shorta...

This week Canada welcomed its fourth Cadillac-only dealership, and the first to open in Ontario. The company is aiming to roll in a unique shopping and buyin...