The Lexus LC turned a lot of heads when it debuted last year, and the company is hoping to outdo itself with an F performance variant, currently undergoing testing in Germany.

The Autoblog website published some spy shots in recent days of the LC F being put through its paces, and from them we can glean that it will be markedly different in appearance from the other versions of the model, the LC 500 and the LC 500h. The front features larger wings, possibly to accommodate bigger wheels. Bigger calipers and perforated discs are also discernible and the car also sports larger air vents.

The back end features a new rear diffuser, which is flanked by dual exhaust tubes.

It’s worth remembering that the regular version of the LC already comes with a 5.0L V8 generating 467 hp – the same as what’s under the hood of Lexus’ other F variants. This guarantees a further boost of power for the LC F over and beyond this. This could mean a now, more powerful engine bloc, or a combination between the existing engine and electrical components.

The latter solution would seem to make a lot of sense, allowing Lexus to increase output without having to go back to the drawing board.

In addition to the mechanics, the chassis will most likely by modified as well in order to handle the additional horses, not to mention to give the car the ability to keep up on a track with its biggest segment rivals.

Inside, other esthetic changes are sure to come, but probably in the form of unique accents, since the original LC is already pretty well-equipped in the luxury department.

Let’s make a vast understatement and say we’re looking forward to putting this new F variant to the test! 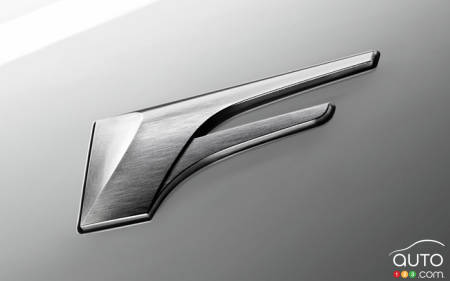