Last year, the Los Angeles Auto Show was one of the last such events to be cancelled, as it is normally held in November. When the decision was made, organizers said they planned to hold the event by the end of May 2021.

In view of the current pandemic situation, which is improving but not yet resolved, officials decided to postpone the event to November, back to, more or less, its normally scheduled slot on the calendar.

The traditional media days that kick off the show are now scheduled for November 17 and 18, and doors open to the public on November 19 through 28.

The Los Angeles show is of course just the latest in a long line of automotive events that have been postponed and eventually cancelled as a result of the pandemic.

The Detroit Show, for one, was initially postponed due to the pandemic, before finally being cancelled altogether for 2021; it will be replaced by a much smaller outdoor event this year. That event will be held in Pontiac, north of Detroit, Michigan, from September 21 to 26.

The Chicago Auto Show, usually held in February, has been postponed until the spring of 2021. The organizers have not yet set a date, but a spokesman told Automotive News in December that a date is targeted between March and May.

As for the New York Auto Show, which is always held in April, it was announced last October that it will now be held August 20-29, with a press day scheduled for the 19th. We’ll see how things go with the situation in the United States, but more changes are still possible.

For the Los Angeles Show, there’s reason to hope it will actually happen.

As for the situation in Canada, it should be remembered that the calendar’s main trade shows, which are usually held at the beginning of the year, have already been cancelled, so 2021 won’t see any auto shows held here. 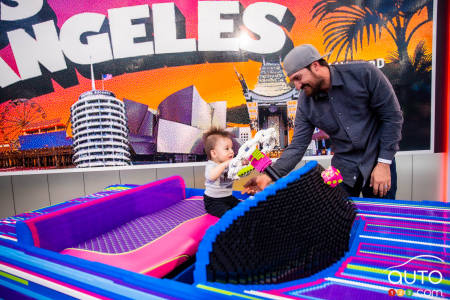 Organizers of the Los Angeles Auto Show have confirmed dates for the 2021 edition of the event, set for this coming November. Unofficially we already know th...