Düsseldorf, Germany - Mazda is a brand that likes to chart its own course. The now century-old company - celebrations to mark that  took place in 2020 - was one of the last to embark on this electric shift, with the first fully electric and urban Mazda MX-30 since last year. Meanwhile, the rest of the Canadian lineup currently has no other form of electrification... none! Instead, the manufacturer believes that the future involves a mix of energy solutions to power the vehicles of tomorrow.

That's why, over the next few months and years, the brand's portfolio will expand quite a bit. Not only does Mazda want to offer larger utility vehicles in various markets around the world, but it also wants to continue the R&D around these energy sources, including the plug-in hybrid option, which will be the subject of a separate article in these pages.

Mazda gave us the keys to the new 2022 CX-60 PHEV, a crossover with a plug-in hybrid powertrain not meant for North America. Driving impressions of this European-bound SUV are still to come on Auto123, but for now let's unpack Mazda's strategy until 2030.

A mix of solutions
Like a few other car manufacturers, Mazda doesn't believe that the electric avenue is the only way forward. There is a lot of local political talk about electric cars being a zero-emission solution, since electric vehicles simply don't have tailpipes.

However, the large-scale assembly of a car fleet entirely composed of electric cars could prove catastrophic for certain regions of the world - even in Canada - where mining developments would disrupt natural environments simply because their subsoil is rich in components crucial to the batteries required in electric cars. Of course, there is lithium, but other materials are needed for these millions of batteries.

Instead, Mazda believes in developing a series of different solutions... without excluding the electric avenue of course. Engineers assigned to develop these multiple technologies will therefore continue to work on fuel cells and hydrogen as an alternative fuel of the future, but also on internal combustion engines fueled by gasoline or diesel, mild hybrid systems, conventional hybrid systems and even the plug-in hybrid option. Mazda is also considering synthetic fuels, which are currently being explored by a few brands like BMW and Porsche. You may remember the SkyActiv-X engine introduced by Mazda a few years ago, an idea that never made it to our roads, well, it's still on the brand's agenda for some markets.

At this point, it's not clear that all these alternatives will be part of the brand's future, but it's reassuring to see that a small manufacturer like Mazda isn't throwing its weight around, even though there's a good chance that electric power will be THE solution considered by the brand's long-term planers. 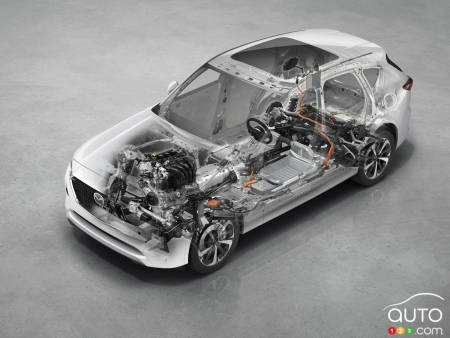 The Large platform
To better respond to this ever-growing market demand for utility vehicles, Mazda is launching this new Large platform dedicated to four new models, two of which will make it across the Canadian border. For now, only the CX-60 exists in Europe and Japan, a new two-row mid-size crossover that will be joined by the CX-80, a vehicle with a third row for large families. Here in Canada, the CX-70 and CX-90 will eventually join the North American lineup. The larger of the two will arrive first, but for now, that's the only information we have about this future family-oriented product.

The automaker did share some key information about the new architecture for these four new SUVs that Mazda likes to call "premium". For those who didn't know it yet, the Japanese brand has been trying to upgrade its image for a few years now, and it has a few luxury manufacturers in its sights.

This new platform, which is rear-wheel drive biased - and will be available with all-wheel drive, of course - and a longitudinal arrangement, can be ordered with several different engines depending on the market, including a plug-in hybrid with a naturally-aspirated 4-cylinder engine, a new turbocharged inline-6 engine with a mild hybrid system, and even another turbocharged inline-6 engine with a similar mild hybrid process. 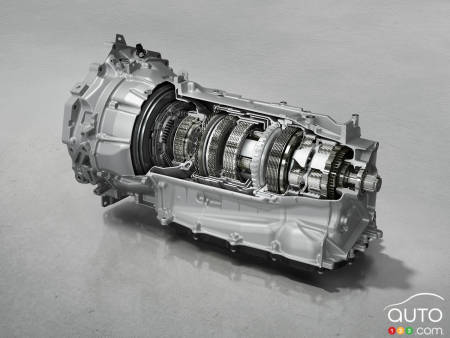 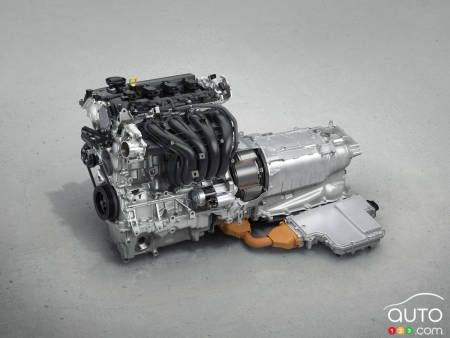 What's coming to our shores
While it's clear that the diesel engine won't be coming to North America, the new 6-cylinder gasoline engine will be the alternative to the plug-in hybrid engine, which should be very similar to the one we were able to test in the European CX-60 PHEV. While all brands are scrambling to reduce the displacement of internal combustion engines, Mazda is taking a different route, not only to appeal to customers used to vehicles higher up the automotive ladder, but also to reduce the engine's load, especially at highway speeds where larger engines are more fuel efficient than smaller ones.

The manufacturer will also take advantage of the opportunity to modernize the automatic transmission on board its future crossovers. In fact, Mazda, which still uses a six-speed gearbox in all its current models, will soon rely on an eight-speed automatic transmission, the unit that stands out for its lack of a torque converter. It's also worth mentioning that this gearbox was developed in-house, as the automaker did not want a component from an outside supplier.

We still don't know all the details surrounding this 6-cylinder engine, however. However, the displacement of this straight-six has been disclosed, the turbocharged block will have a displacement of 3.0 litres and will be aided by a 48V mild hybrid system.

The other powertrain planned for the North American market will be the same one that powers the CX-60 PHEV, which has just made its debut in Europe. The 2.5L naturally aspirated 4-cylinder engine already vastly used in North America will be accompanied by this 17-kWh battery pack, a motor-generator housed between the engine block and the gearbox, and a clutch between the two engines, the combustion engine and the electric one. The 6-cylinder engine option has the same configuration, but the electric motor is smaller.

What about the electric option?
When asked about the compatibility of this new platform with an all-electric drivetrain, Mazda Motor Europe engineer Joachim Kunz confirmed that it was possible to attach an electric drivetrain to this architecture, but that the automaker is currently focusing on developing its own chassis dedicated to electric power. This platform is expected somewhere in 2025.

What is certain is that Mazda is currently looking to realign itself to meet the new challenges of the industry - notably a reduced ecological footprint - without touching the driving pleasure that is so dear to the manufacturer. 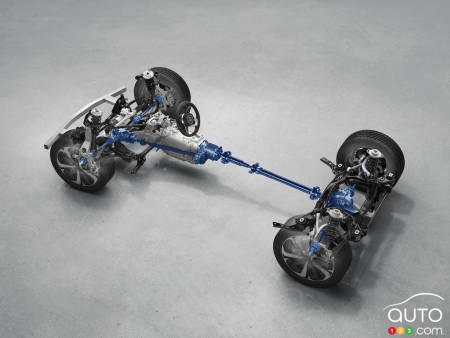 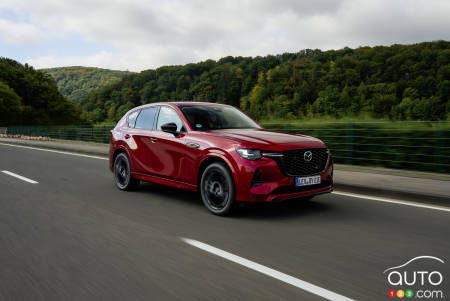 Mazda invited us to get some behind-the-wheel time in the new 2023 Mazda CX-60 PHEV... which isn't coming to our market. On the other hand, the model shares ...

The hydrogen revolution is nearing. Thanks to contributors such as Ford, Ballard, and yes, ever rising gasoline prices, hydrogen power will soon rock the au...

Driving a typical, climate-changing SUV amidst the tree huggers and wool-attired environmentalists of the West Coast can lead to feelings of angst and betray...