For years we’ve been hearing about the sharp decline of the manual gearbox on the market. Certainly the numbers show that far fewer buyers choose that option than before, but does that really reflect what many drivers want?

There’s no denying that automatic transmissions are more efficient, quicker and deliver better fuel economy. But it’s also true that at least part of the reason consumers have moved away from manual gearboxes is car manufacturers too often make it unappealing to choose that option.

The truth is that while they claim publicly to be reacting to public demand (or lack of it), automakers don’t really want to sell cars with manual transmission. In all too many cases, for example, they will offer the option only on the stripped-down base version of a model, which few buyers go for. So are buyers rejecting the manual gearbox, or the unattractive trim it’s being offered in?

We remain convinced that if stick-shifts were offered on higher trims, their popularity would bounce back considerably.

And here is an eloquent piece of evidence, in the form of the Mazda MX-5. Yes, we know, this is a sports car. But here’s an amazing statistic: Between July 2018 and April 2019, 76% of MX-5 soft-top units sold were equipped with a manual gearbox, as chosen by the buyer. In the case of the RF hard-top, the proportion was 52%. 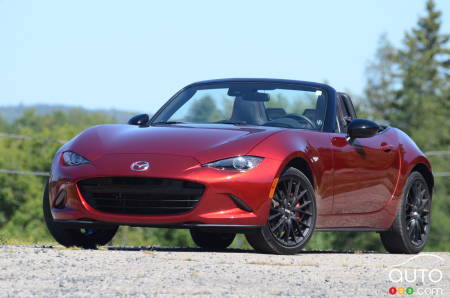 It’s safe to conclude from this that people who like to drive sportily don’t mind at all having to manage three pedals. To be fair, the numbers are more mitigated with certain other models. But the Mazda is not alone either. For example, 33% of U.S. buyers of the Toyota 86 go for the manual gearbox, but in Canada that jumps to 69%! That is significant, no matter how you slice it...

Meanwhile, the new mid-engined Chevrolet Corvette is about to hit the market with no such option in the product offering, for the first time since 1957.

When automakers provide statistics showing the decline in popularity of the manual transmission, don’t forget that those same folks have eliminated the option in dozens of models in recent years. Not surprising then that the numbers go down…

Rumours of the demise of the manual gearbox may be premature, then. Just ask any true-blue driving enthusiast. 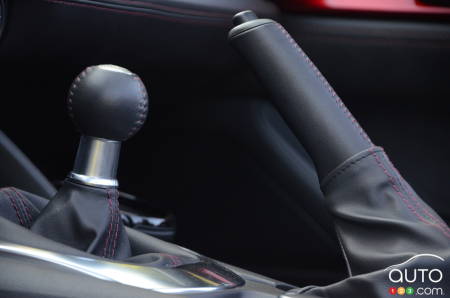