The arms race in the automotive sector continues to rage, with no end in sight. Once upon a time, the 200-hp bar was the standard for excellence; then it became 300.

Here, though, we have another new bar being set, with 400 hp offered to consumers by a… 4-cylinder engine.

The exploit comes out of Mercedes-Benz’ AMG performance division, officially known as Mercedes-AMG.

The new engine developed by the magicians at that division carries the M139 name internally. It’s a 2.0L unit and of course it’s turbocharged. It will be used to power the 45 versions of the A Class, GLA Class and GLB Class models from Mercedes-Benz. In its base configuration, the unit will deliver 382 hp at 6,500 RPM and 354 hp between 4,750 and 5,000 RPMs.

But the cavalcade of power doesn’t end there. The company will produce a beefier version as well, which will deliver 416 hp and 369 lb-ft of torque, with the red line for RPMs set at 7,200. 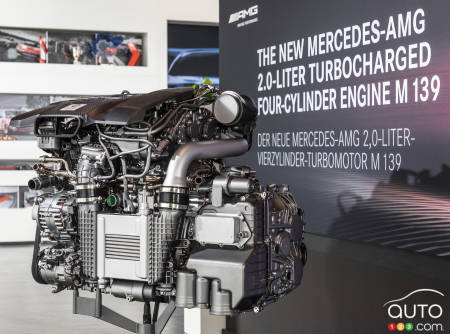 According to Mercedes-AMG, the response of the turbo charger is immediate and creates for the driver the impression of having a naturally aspirated engine under the hood. Modifications have been made to the turbocharger’s cooling system to help it withstand the heat being produced, and it can spin at up to 169,000 RPMs. Moreover, the engine is tilted by 180 degrees towards the firewall to create the most direct route to the intake and exhaust systems.

We might see the new engine in a vehicle for the first time at the Frankfurt auto show this coming autumn. It remains to be seen just which models Mercedes-AMG installs the engine in. We fully expect it to find its way into one or more models sold in North America, but we won’t speculate on which ones.

To differentiate the two variants of the engine, the company is giving them the 45 and 45 S designations, similar to the 63 versions with the V8 engine. 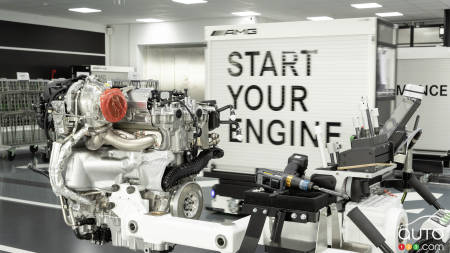 Here's Why the New Subaru BRZ Doesn't Have a Turbo Engine

Subaru decided to provide an explanation to those questioning why the new BRZ won’t have a turbo engine. The short answer, as was the case with the first-gen...