After offering a first peek at the model yesterday, Mercedes-Benz today officially presented the EQA 250, which gives us more detailed information on the second all-electric model to join the luxury automaker’s lineup.

The EQA 250 will be followed in short order by the EQS sedan, set to be unveiled soon, and joins the EQC SUV on the Silver Star brand’s roster. The EQA is the electric counterpart of the GLA.

Looked at from the outside, the EQA 250 stands out mainly via a distinct front fascia, which integrates the headlights with the front grille to offer a more homogeneous and aerodynamic package. The headlights are also connected by an illuminated crossbar that crosses the top of the front end. At the rear, the lights have an illuminated section that extends across the tailgate. The EQA also benefits from exclusive wheels designed reducing air resistance and feature colourful accents. 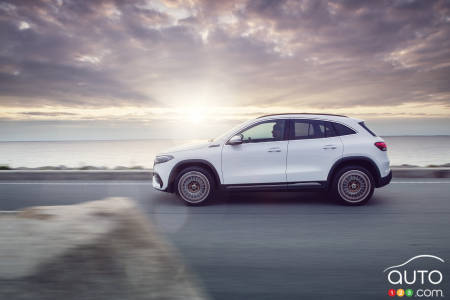 Only one battery and electric motor option will be offered initially. The electric motor will be up front, which heralds a front-wheel-drive configuration. Output is given as 188 hp and 277 lb-ft of torque and is sent to the wheels via a single-speed transmission. The battery pack is rated at 66.5 kWh, which will provide a range of approximately 425 km. With a fast DC charger, it will be possible to recover 80 percent of the energy in 30 minutes.

Later on, Mercedes plans to offer a more powerful all-wheel drive version with an output of 268 hp and two electric motors. A variant offering more range will also be on the menu. 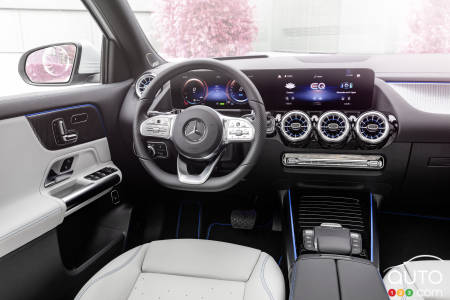 On board, the presentation is closely derived from that of the GLA, but with a few unique features. Among other things, it will be possible to choose blue and pink-gold accents, which are specific to the EQ series electric models. Another unique feature is the navigation system that takes into account the location of nearby charging stations. But for the most part, habitues of the GLA will still be on familiar ground inside.

The EQA 250 will be marketed in Europe starting this year. The big question, as we mentioned yesterday, is whether the automaker intends to bring the model across the Atlantic. What we know for now is that Mercedes-Benz is looking into the possibility of offerinf the EQA in North America, which is good news. However, no decision has been made. 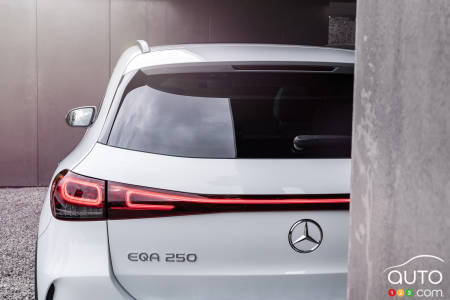 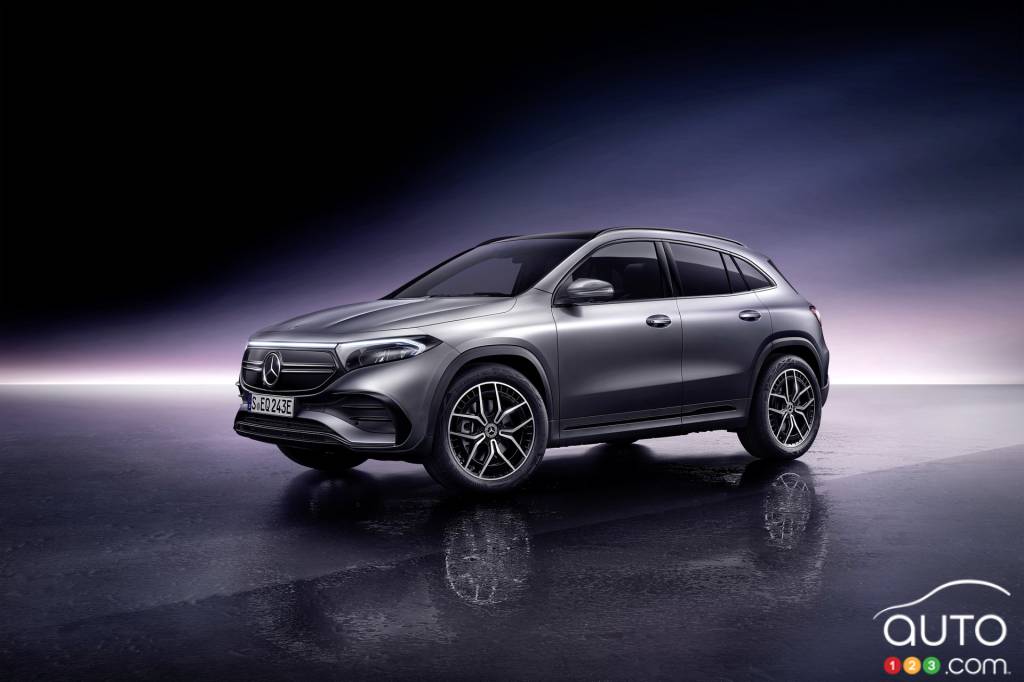 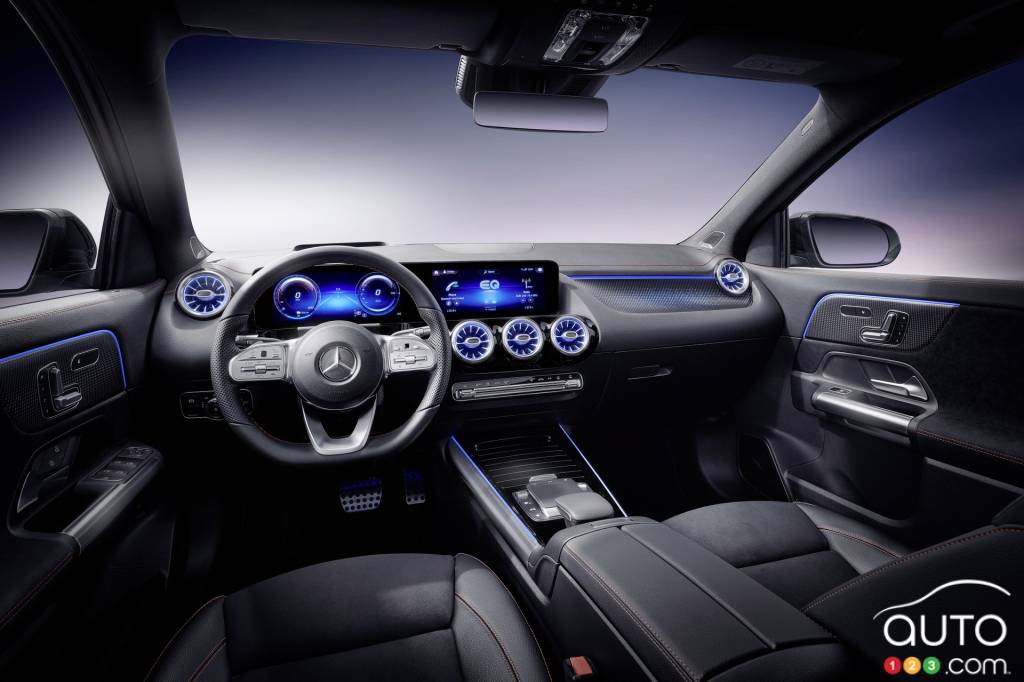 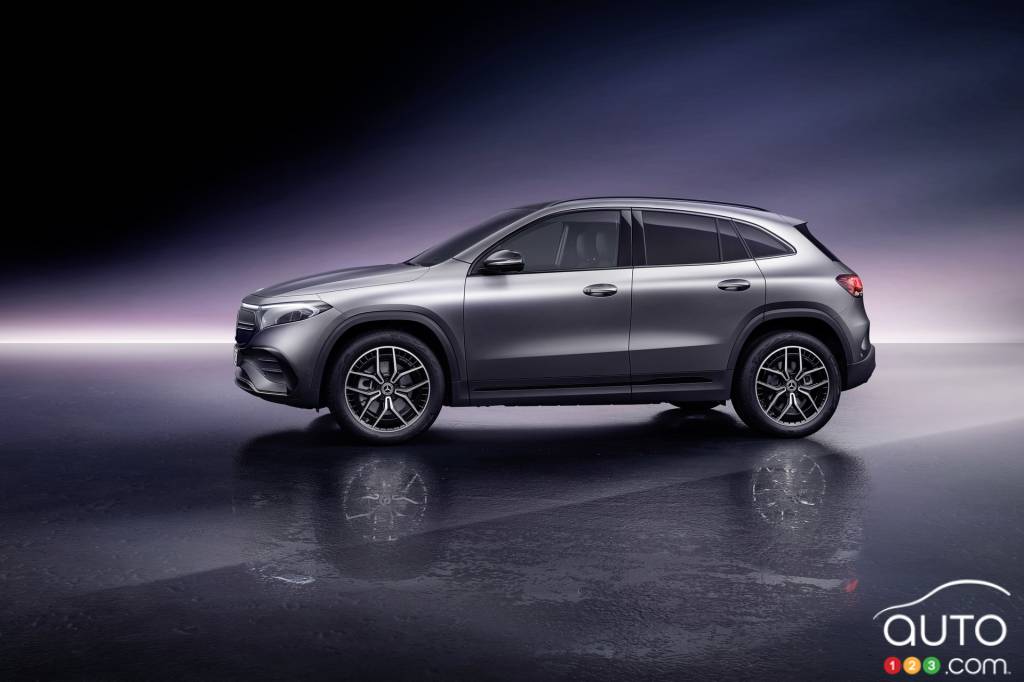 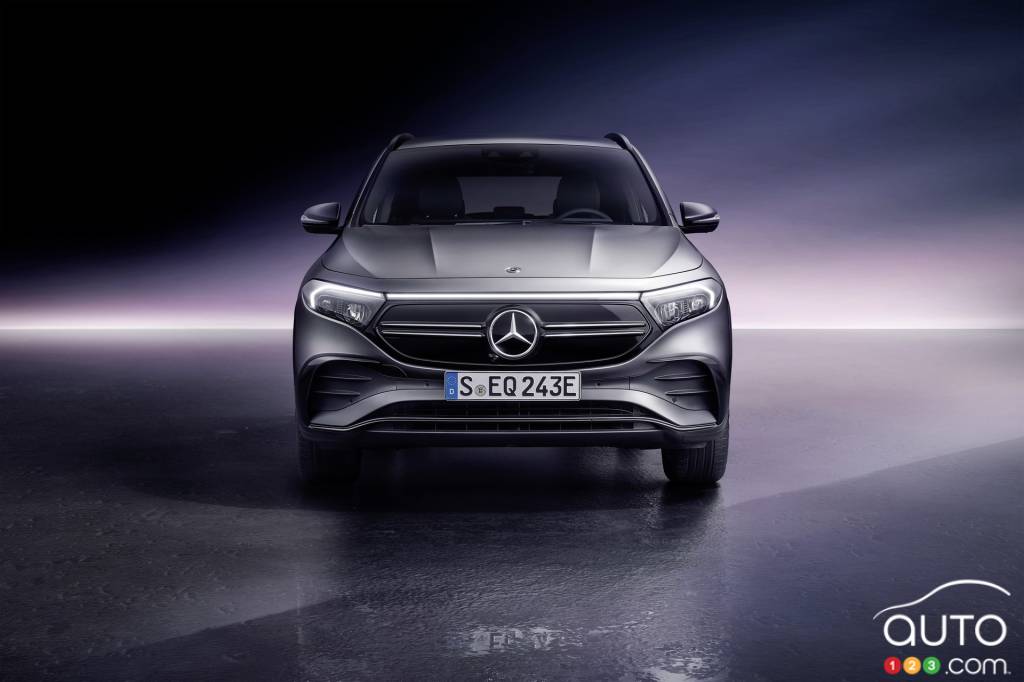 Mercedes-Benz Will Bring the EQC to North America After All

After initially announcing that its EQC model would not be coming to America, Mercedes-Benz has changed course and says it now plans to bring it here – thoug...

Mercedes-Benz Will Debut All-Electric G-Class in 2024

Mercedes-Benz plans to debut an all-electric G-Class as early as 2024. The big SUV could be built on one of the three new electric-vehicle platforms the comp...

Ahead of the big reveal of its electric EQA on Wednesday, Mercedes-Benz previewed the SUV with a teaser image. Hopes are high that the EQA could well make it...