A few months ago, I started searching for winter tire options for my 2007 Subaru Legacy GT SpecB, purchased just before the coronavirus changed everyone’s year for good. This thirteen-year-old car, just cuddling up to the 200,000 km mark on the odometer, was certainly in good condition, but with that much mileage under its belt, I was expecting a few weaknesses under the hood.

Beyond that, it being an all-wheel-drive sport sedan, I absolutely needed a new set of winter tires for it in time for the cold season. Because, you know, putting a Subaru in storage for the winter months would have made me a laughingstock among Subaru owners! And since I had just tested Michelin’s new range of winter tires a few weeks before the pandemic hit, I chose them for my Legacy. The new Michelin X-ICE Snow, you see, is designed for any regular car, not necessarily a high-performance car.

The French manufacturer offers a whole range of performance winter tires, but considering the age of the car and the performance potential of my 2000s-era sedan, I had to be reasonable in my approach. The Michelin X-ICE Snow is exactly one of those reasonable options on the market, even if it is priced a little higher than some other generic brands. 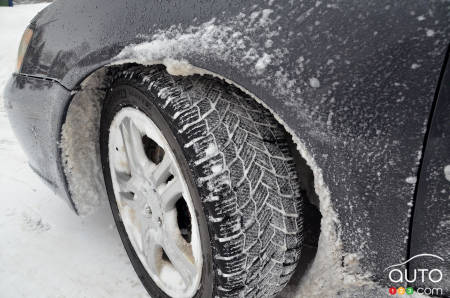 You know what they say about used cars!
Unfortunately, as is often the case with used cars, mechanical glitches happen, even when the car you purchase is in great condition. At the very start of winter, I was congratulating myself for buying this car, but since then, let's just say my opinion has changed a bit. Not that I blame the previous owner - far from it actually - but after a few months of ownership, I realize that I should have had the car inspected before jumping in.

All this to say that, a few days after installing those new winter tires on the period correct JDM alloy wheels, one of the brackets for the left muffler gave way, leaving the left side a little lower than in its ‘original’ position. This is annoying, but not to the point of investing several hundred dollars on a new piece of exhaust piping... at least not right away!

Around the time Halloween rolled around, another problem arose: the braking system was starting to go. I had noticed the rotors weren’t exactly new when I purchased the car, so this was no surprise. But, on bringing the car into my trusted service centre, the bad news just kept coming my way, adding to a very expensive bill in the end. I'll spare you the full list of items on that bill, but let's just say I was in some pain when I left the shop that day. At least, the car braked like new thanks to some new Hawk pads and some higher quality DBA rotors. 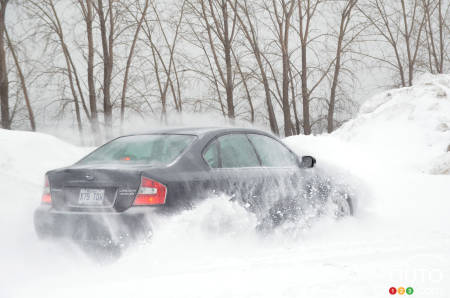 Photo: V.Aubé
In the snow

Then, a few weeks later, my front wheel bearings decided to go as well. This was apparent because the car became very noisy at high speed. In doing so, it was preventing me from enjoying another trait I appreciate about Michelin tires: their quietness. I previously owned two vehicles equipped with the older tire model from Michelin, the X-ICE 3, which while slightly less able in deep snow was very quiet on a day-to-day basis. The new X-ICE Snow tire features a more-aggressive tread design, but it's really not noisy at all on dry pavement... until the wheel bearings decide to change your plans, that is.

Back on the road at last
The cascade of wintertime repairs behind me, I was finally able to rediscover the peace and quiet of my comfortable and fun-to-drive Japanese sedan. But above all, it was the grip that impressed me. The photos you see here, taken by my wife on a snowy February day, are certainly spectacular and don’t really represent the type of driving anyone should adopt, but for me, in my métier, pushing a car to its edge is how you discover its true potential. And that's also when you realize that the only thing that keeps that 1,500-kg mass on the road are those tiny portions of four tires making contact at any one time. This is what drives me to recommend buyers get the best possible tires for their budget.

Fact is, during this short session of winter drifting, the amount of snow on the ground was simply too great for the tires to properly do their job. But, as soon as I got back on a more cleaned-up section of the road, the tires proved once more why the X-ICE range is so popular. Whether you’re in the city or on the highway, the tires don’t affect the performance of my old Subaru, under acceleration or even during emergency braking. 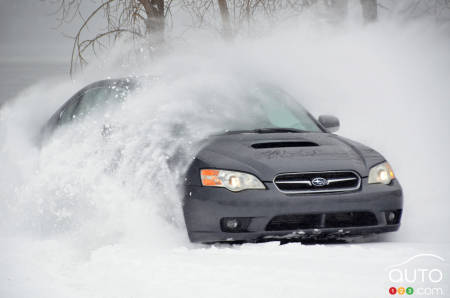 Ironically, this winter has not delivered a lot in terms of icy road conditions, and so I have yet to really test out my new winter tires on pure ice. I will say that when I did encounter some icy patches, I was felt insecure; the X-ICE Snow tires also demonstrated excellent grip on ice. I could have chosen to install studs on these tires, but in the greater Montreal area, where I live, the winter driving season isn’t what it used to be when I was a younger lad. I decided to go without.

The verdict
More expensive than a bargain-brand winter tire, the Michelin X-ICE Snow is nonetheless a tire you should consider if your car needs a new set of tires next year or even for the remaining few weeks of the 2021 season. It certainly doesn’t offer the same level of performance you get from a performance winter tire - which are for the most part more expensive to buy anyways -, but for the average driver, the newest member of the Michelin winter tire family isn’t far behind. On top of that, according to Michelin, the longevity is estimated at one year more than the average among its competitors. 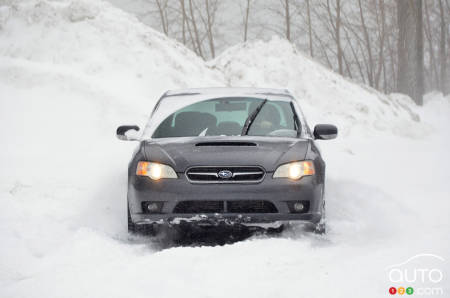 Better on snow than the previous model (X-ICE 3)

The price (though, again, you do get what you pay for) 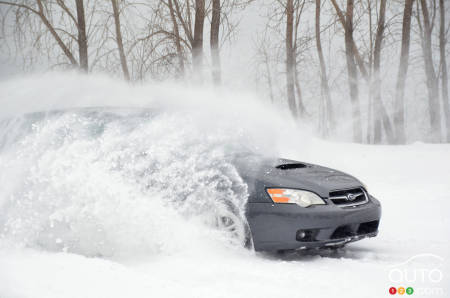 Long-Term Review of the Michelin X-ICE SNOW Tire: The Int...

As part of our long-term review of Michelin’s new X-ICE SNOW tire, we start with an introduction that adds the back-story and places some context on this new...

Snow, ice, cold, slush - here comes another challenge looming on the horizon, in what has been another extraordinary year. But this challenge is a perfectly ...