Mitsubishi goes about its business without attracting tons of attention in the automotive domain, in part because its roster of products is so small in comparison with its competitors. But some rare news from the Japanese automaker this week is worth paying attention to.

During an interview with an Australian magazine, the company’s VP of product planning, Vincent Cobee, mentioned that the company had in no way abandoned its efforts in the compact car segment.

“I know all of you guys write about the growth and emergence of SUVs and it’s correct, its 35-37 percent of the total market today and it’s still growing. But that doesn’t eradicate the fact that there will be 40-50 million cars that will be traditional passenger cars.”

Mitsubishi seems intent on grabbing its share of that market pie. The automaker’s president and CEO, Trevor Mann, said that the next Mirage is part of the first development phase of its strategy.

Said Mann, “… the Alliance has a platform which it calls CMF-B, so it’s likely that the next Mirage will be on the CMF-B platform, but not decided yet.” This platform will be the basis for the next generations of the Nissan Juke and the Renault Clio. A new Lancer is possible to get made underpinned by the bigger platform known as the CMF-C. 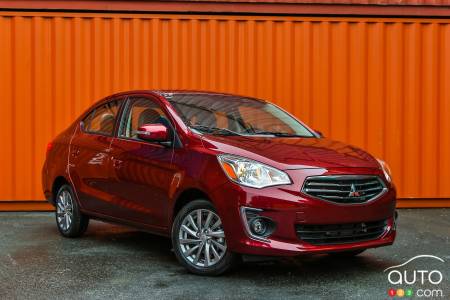 Mitsubishi hope to introduce itself to younger car buyers by offering a range of subcompacts and compacts, the idea being that as they grow older these consumers will migrate to other models from the company - a common strategy in the industry. For now, though, the problem for Mitsubishi is the number of holes currently in its product range, which makes that kind of customer retention strategy hard to implement.

With a new Mirage and a Lancer in its lineup, the company could then offer more of a reason for owners to trade in their current Mitsubishi for a new one.

It’s worth keeping in mind that the plans outlined by the Mitsubishi executives this week involve a global strategy. For the moment, there’s no specific indication that the Lancer will be back in North America any time soon. But if it does rise from the ashes, there’s nothing to say that it won’t be making a return either.

Mitsubishi Lancer Could Return…as an SUV

Mitsubishi plans to introduce yet another small SUV to the market, this one carrying the Lancer name. After the Evolution and the Eclipse, this is the third ...

The 2017 Mirage G4 reminds me a lot of some ancient models. That’s probably what made me smile the most during this brief test drive, which of course is not ...

Mitsubishi’s redesigned small car made its debut today at the 2016 New York Auto Show. It will arrive at dealerships later this spring.