The name NISMO (Nissan Motorsports) is synonymous with performance at Nissan. Up to now, we've seen some of the automaker’s cars get the NISMO treatment, including the recent 370Z, the GT-R and the Sentra, and even the Juke SUV benefited from it a few years ago.

Now, Nissan is reportedly looking into the possibility of expanding its offering of NISMO-branded vehicles in the United States, and this time it would include pickups and SUVs.  This is as reported by Automotive News, which cited an interview with NISMO brand CEO Takao Katagiri.

Katagiri confirmed that there have been many internal discussions about this possibility.

Adding the NISMO touch to the brand's pickup trucks and SUVs would allow Nissan to offer more choices, of course, but also provide a response to rivals like Toyota with its TRD variants. And considering that the majority of vehicle sales in North America are of SUVs and pickups, it would make sense for the company to exploit this.

Nissan has already launched a NISMO SUV, but not for our market. That would be the Patrol, the global equivalent of the Armada offered in our market. That NISMO variant debuted earlier this year, offering more power, a reinforced structure and visual accents like a carbon-fibre body kit and interior trim.

As for which models might one day get the treatment, we can only speculate at this point, but look to the sales chart for potential candidates. The Rogue and Pathfinder come to mind.

We don’t know either if the Canadian market is in the plans for these potential versions. We can imagine that so goes the U.S., so goes Canada, but that’s no guarantee. 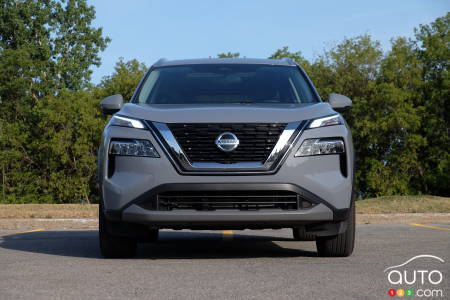 Nissan Plans to Produce NISMO Versions of its Electric Mo...

Nissan’s European division has confirmed that NISMO versions of its electric models are in the cards in the coming years. Nothing is imminent, of course, but...

We had the opportunity to test drive the Nissan Rogue, which benefits from a new engine for 2022. The new unit is a 1.5L turbocharged 3-cylinder with variabl...