There were many very cool debuts at this year’s New York International Auto show; surprisingly funky stuff like the all-new Toyota Corolla-just-don’t-call-it-iM hatchback; expected but still notable stuff like the GMC Sierra pickup; concept-y stuff like the Genesis Essentia and manic stuff like the Porsche GT3 RS Weissach package. It was all well and good, but one of the most notable cars to hit the stand, in this writer’s humble opinion, wasn’t a sports car, or a concept whose name sounds a little like a variety of Japanese green tea. It was – like said opinion – an all-new take on the humblest of body types: the midsize sedan. Which, for all its humbleness, has had to withstand more than its fair share of attacks on the sales front: on one end of the spectrum, you’ve got compact hatches that are smaller but getting more practical every day. On the other, CUVs and SUVs that are larger but getting more and more efficient every day.

It’s a tough nut to crack, but Nissan feels the time is now for the Altima – which will be available with AWD and Nissan’s latest engine, the variable-compression, turbocharged four-cylinder first seen in the recently-revealed Infiniti QX50 -- and they make a pretty good case.

“(Our research shows) that Generation Y and Z drivers are showing a strong appetite for sedans,” said Denis Le Volt, recently appointed VP of Nissan North America. “(and there’s) an opportunity to think outside of the traditional sedan box.”

That’s well-put, and perhaps a little tongue-in-cheek because according to Nissan North America VP of Product Planning Mike Bunce, the Altima’s sedan silhouette is exactly what’s attracting these Gen Y and Zers.

“These Centennials and Millennials can’t tell you…what a sedan is. They don’t know what a crossover is, they don’t know what a wagon is,” says Bunce. “But when you show them silhouettes of body styles, number one, and by a far stretch in terms of intention (what they’d buy, if they had money), the intention is sedan.”

According to Bunce, it’s almost as if the crossovers and SUVs have been too popular for their own good throughout the lives of these groups of people, and it’s time for a change.
“We ask ‘why’?”, he says. “It’s ‘I grew up in that crossover, I was strapped in as a kid there. That is the family hauler, that’s not my stage in life, that’s not me.’”

Of course, all that’s great but it’s smoke and mirrors if you don’t have the tech and engineering to back it all up. In the case of said buying groups, tech is especially important which is why both Apple CarPlay and Android Auto come as standard on all Altimas, while Nissan’s all-new ProPilot Assist tech will also be available.

Those first two items should be pretty recognizable to most by now, the third --  ProPilot Assist (PPA) – a little less so. Essentially, what ProPilot Assist is, is the next step towards full autonomy. Activated by pressing a button on the steering wheel, PPA employs rear auto emergency braking, lane hold assist and an advanced adaptive cruise that can take you all the way down to 0 in stop-and-go traffic. The lane-hold system, meanwhile, doesn’t just keep you in your lane, but keeps you centered in your lane, too, thanks to its following what Bunce calls a “virtual centre line”. It reduces hair-raising events that have you coming too close to the lane marker to the point of almost going over it.

Also under the autonomy umbrella is Safety Shield 360, which includes high beam assist, pedestrian detection, BLIS, rear cross-traffic alert with auto emergency braking and lane departure warning. It’s standard on SV trim and up, which means everything but base ‘S trim gets it.

What will be available on all levels, is AWD. According to Bunce, it can’t come soon enough.

“I’ve been fighting to get AWD in sedans in the U.S. for eight years, now,” he says and knows it will be a defining factor for the Altima.

Similar to the Rogue’s system, it’s an “always on” system, which means it can go up to a 50/50 front/rear split if its needed, and can fully decouple the rear wheels while cruising. That means AWD grip when leaving the line, and more efficiency when cruising or sitting in traffic. That’s fine by us, and the fact that you can get AWD (FWD is standard) on all trims is a bold step, as only one other manufacturer in North America – Subaru, with the Legacy – does this after Ford pulled the plug on the AWD Fusion. Bunce is quick to point out, though, that even that car was AWD only at top-trim, which effectively removes it out of the Altima’s competition bracket.

Two engines will be available at launch (both mated to Nissan’s Xtronic CVT transmission, your only choice): a redesigned, naturally-aspirated 2.5L four-cylinder good for 188 hp and 180 lb-ft of torque – both higher figures than last year’s model – that is lower overall, making for more aerodynamic performance and the Altima’s crown jewel, a variable-compression turbo four good for 248 hp and 273 lb-ft of torque; that’s less hp than the now-discontinued V6, but more torque. That, of course, is only part of the story.

“The VC-Turbo engine is phenomenal because it gives you the affordability factor of fuel economy with the power of a V6,” says Bunce. By automatically adjusting the engine’s stroke on-the-fly, Nissan claims you’re getting the best of both worlds with this engine. Time will tell how much that rings true, but it’s a nice start.

A nice start is right. If you’ll remember, there was an Altima hybrid not too long ago, but it was short-lived, and the alternative energy reins have since been taken up at Nissan by the Leaf in North America. It appears that the idea of a Hybrid may not be entirely dead, however; Nissan is already testing a new form of hybrid powertrain called e-POWER (and have sold it to the Japanese public in the form of the Serena e-POWER van and Note e-POWER hatch), and according to Bunce, there’s some real potential for North America there. Just not in the way you may think.

“Imagine driving a Maxima that drives off the line like a P100 Tesla,” says Bunce. A performance-based hybrid system, then? Watch. This. Space.

Sedans have an inherent advantage over a SUV/CUV in terms of a lower centre of gravity, better ride, and better aero but Nissan has gone the extra mile with the 2019 Altima by adding a steering rack-mounted electronic power steering. The car’s even lower than before and it’s also wider, longer and has a longer wheelbase, which has a few benefits.

“Every time you push the wheelbase farther out of the cabin, you improve dynamics,” says Bunce. So not only is there more room inside but it handles better, too. It’s all coming up roses, isn’t it?

But is Nissan right? Is now the time for the midsize sedan to shine in North America? We’ll know soon enough. 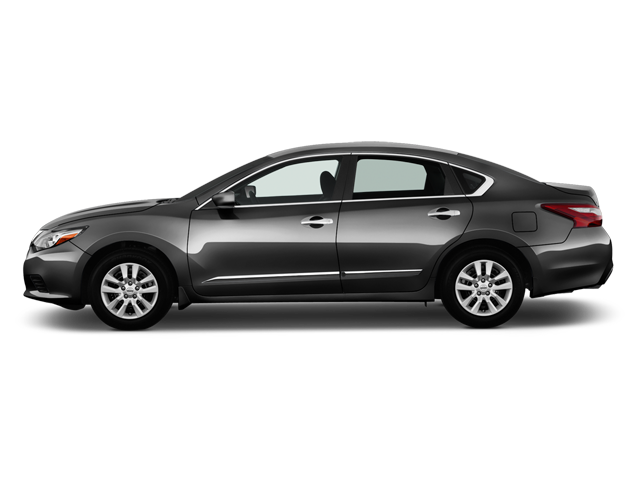 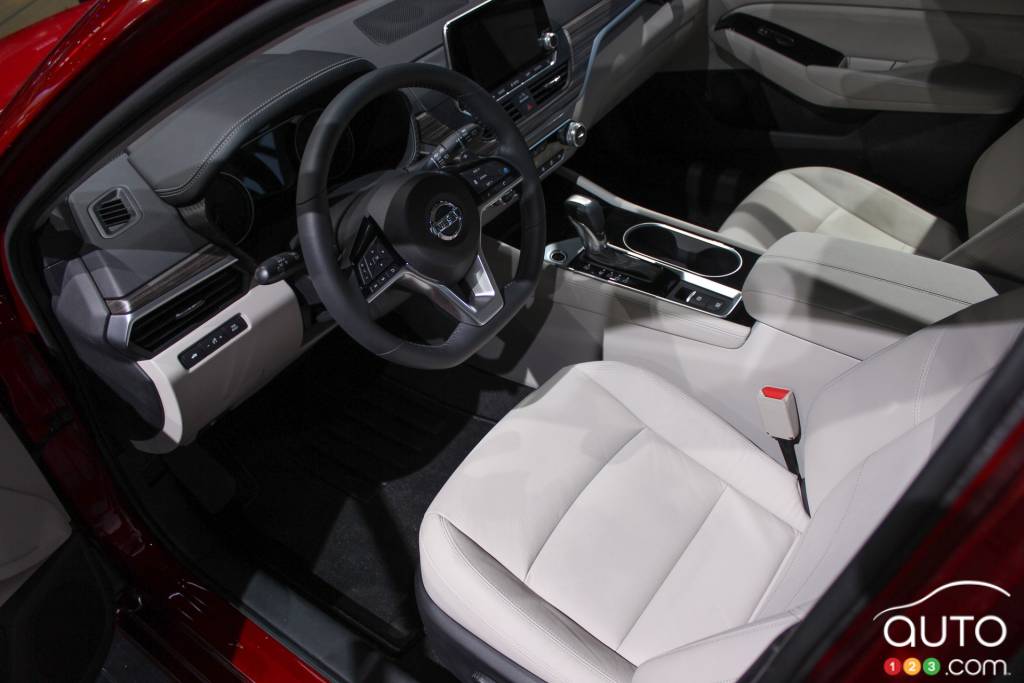 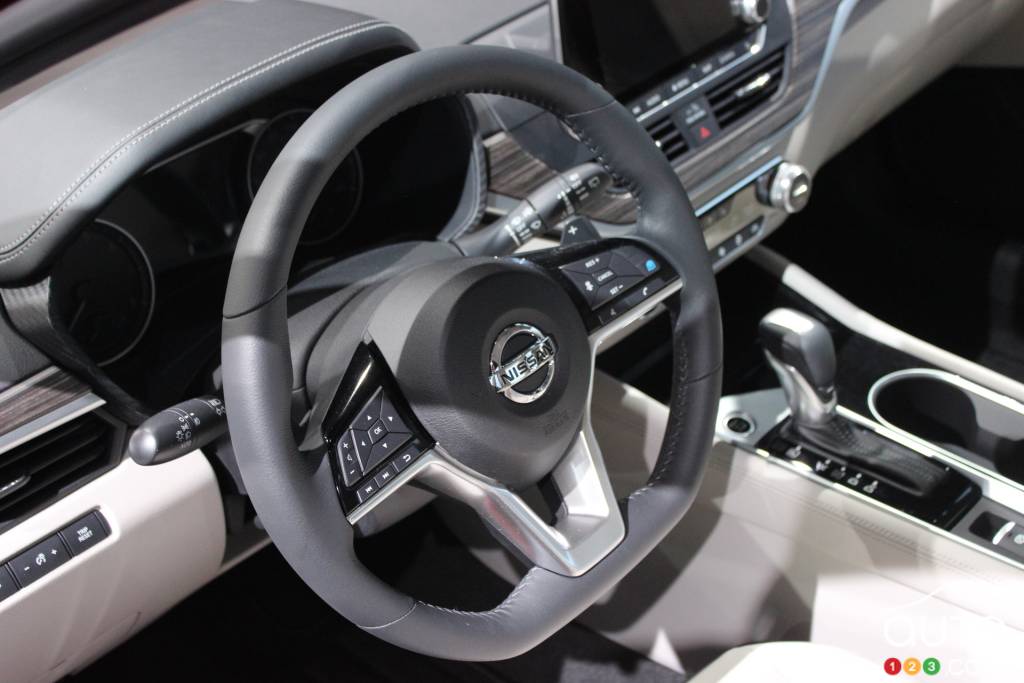 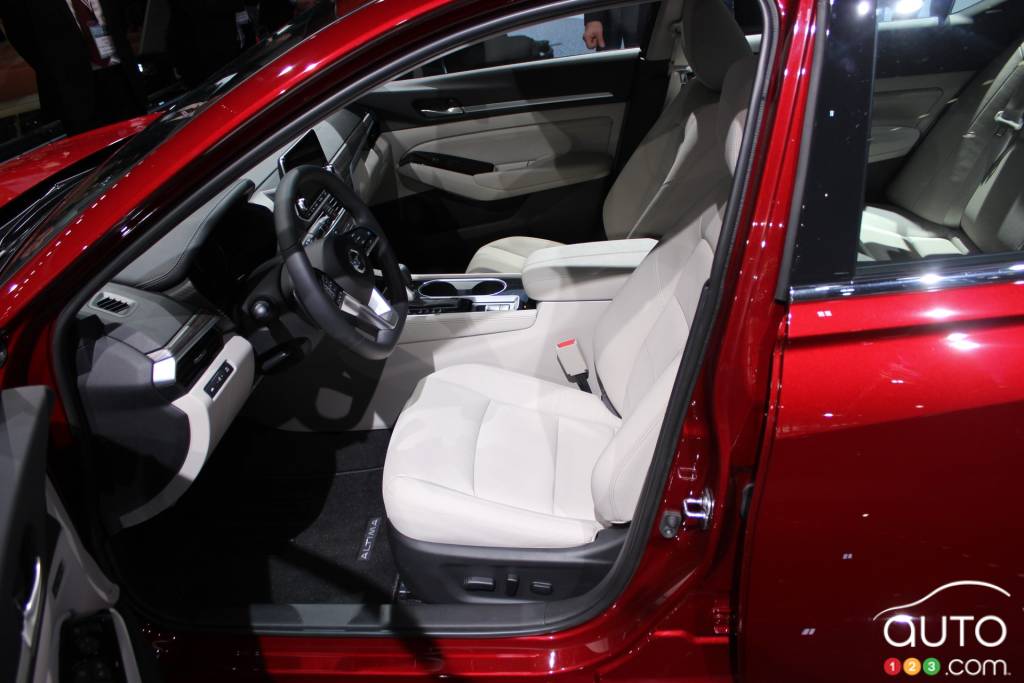 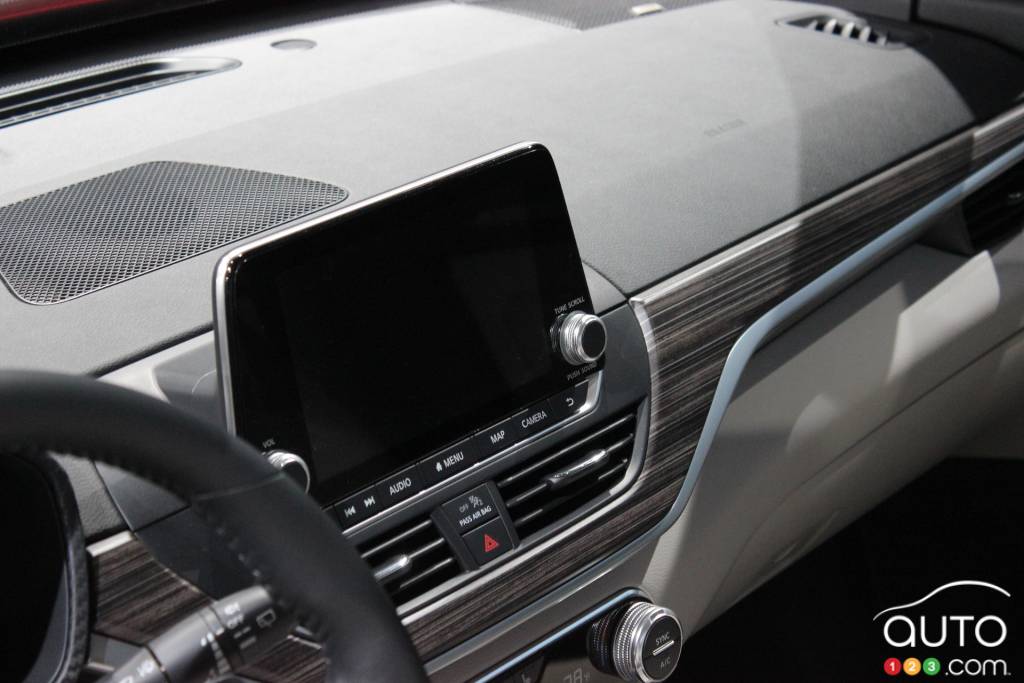 Nissan has released a first design sketch of its remodeled new 2019 Nissan Altima, previewing the sedan ahead of its official premiere at the end of March du...