It's been well known for some time that Nissan’s financial situation is precarious. Even before the pandemic, the automaker was struggling as a result of dropping sales, an aging lineup and the fiasco surrounding the ouster of former president Carlos Ghosn.

Then came the coronavirus, which hit all manufacturers hard. Nissan suffered doubly. In 2019, sales had already fallen by 8.4% compared to 2018; the company sold 5,176,189 units globally in 2019. As the pandemic hit full speed this March, sales collapsed, by around 80%.

The automaker reported an operating loss of ¥40.5 billion (about $376 million USD) for the year ended March 31, compared with an operating profit of ¥318 billion the previous year (just under $3 billion USD). This is Nissan's worst performance since 2009, at the height of the global financial crisis.

On Thursday, Nissan announced a four-year turn-around plan. It will see the manufacturer slow down its activities considerably. The plan is to reduce annual capacity by 20% (to 5.4 million vehicles). To that end, factories in Indonesia and Spain will be closed, and the carmaker wants its remaining plants to operate at 80% capacity. These measures are expected to reduce fixed costs by about ¥300 billion ($2.8 billion USD). 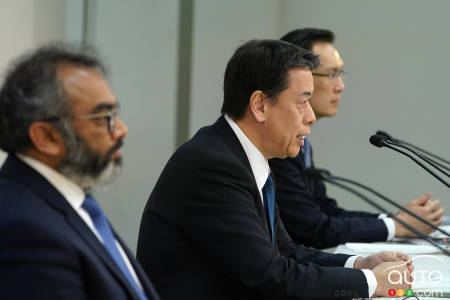 Nissan will also reduce the number of models it offers worldwide from 69 to fewer than 55. At the same time, it still plans to introduce 12 new (or refreshed) products over the next 18 months. Among them are new generations of the popular Rogue SUV, Frontier pickup truck and highly anticipated Z sports car, a video of which was presented yesterday.

Nissan will also work more closely with its partners, Renault and Mitsubishi, on the development of future vehicles. The Renault-Nissan-Mitsubishi Alliance plans to increase sharing of technology, including platform sharing.

Each partner will also take a leading role in different markets, depending on its strengths. Renault will thus focus on Europe, Russia, South America and North Africa; Nissan on North America, Japan and China; and Mitsubishi on Southeast Asia and the Pacific. This doesn’t mean the partners will not compete in certain markets, but it could mean their presence and product ranges will be reduced.

Nissan’s announcement did not include any mention of Infiniti. Does that portend bad things for the luxury division? At this point, no one knows. We know that Infiniti was preparing a major turn towards electrification starting next year; we'll have to see if the pandemic has upset those plans. 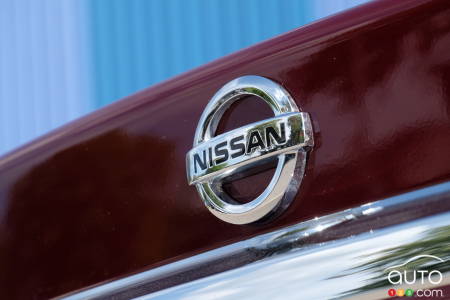 The current situation at Nissan is such that 20,000 jobs would be threatened. The coronavirus has a lot to do with it, but the situation was already critical...

Nissan has requested a line of credit of $4.6 billion USD as it struggles to deal with the economic devastation caused by the coronavirus outbreak. The autom...

Nissan Studio Canada, for Car Shopping in the Pandemic Ag...

Nissan Canada is launching an online shopping and interaction platform to offer flexibility to its customers, in the pandemic age and beyond. Expect this kin...