Nissan plans to cut 20,000 jobs worldwide due to the coronavirus, according to a report by Japanese publication Kyodo. Most of the job losses would be concentrated in Europe and developing countries. All this is of course the consequence of the dramatic drop in sales caused by the pandemic.

The announcement of these possible reductions comes as Nissan is preparing to unveil revisions to its short-term strategy next week. The manufacturer's profits have been plummeting for the past three years and the pandemic has made things worse, in a hurry. The urgency and pressure for the company to move quickly in its reduction and recovery efforts are real.

Nissan has so far declined to comment on the news published by Kyodo.

A quick look back to last July is all it takes to drive home the seriousness of the situation the automaker finds itself in. At that time, the company stated it would reduce its workforce by 12,500 people, or nearly 10% of its 140,000 employees. Should Nissan increase that target to 20,000, that would put it in a situation roughly similar to the one it faced during the 2009 financial crisis. 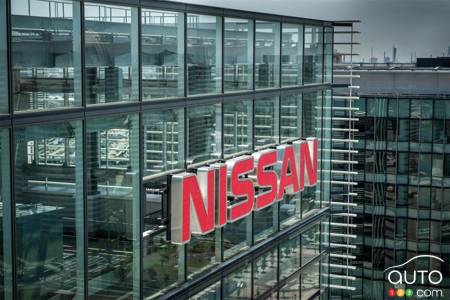 Even before the spread of the coronavirus, Nissan's sales and profits were plummeting and the firm's finances were fragile, forcing it to halt the aggressive expansion plan that had been launched by Carlos Ghosn.

As previously reported, indications are that from now on, the firm will concentrate on strengthening cooperation with Renault SA and Mitsubishi Motors Corp. to better exploit the regional and technological strengths of the three manufacturers and thus consolidate production capacities.

Meanwhile, France’s Finance Minister today said that Renault's very future was at stake if the company did not receive aid very soon. Earlier this week, Mitsubishi announced an 89% drop in its annual profits for the first quarter of the year.

Reuters has reported that Nissan's management is now convinced the company must be much smaller, and that it will probably reduce its annual sales target by a million cars. The plan is to turn its focus to the Japanese, U.S. and Chinese markets in particular.

Nissan also intends on reducing its operations in continental Europe to focus on SUVs and commercial vehicles, still according to Reuters.

Nissan Studio Canada, for Car Shopping in the Pandemic Ag...

Nissan Canada is launching an online shopping and interaction platform to offer flexibility to its customers, in the pandemic age and beyond. Expect this kin...

Next Mitsubishi Outlander Could Get Nissan Engine

The next Mitsubishi Outlander will of course be offered once again in its popular plug-in hybrid format, but it might come with a Nissan engine. Going the ot...