Mont-Tremblant, QC - While the 911 remains the symbol of the Porsche brand, the Cayenne is its financial foundation. The subject of much criticism and hand-wringing when it debuted in 2002, the Cayenne has nonetheless accounted for 40% of the Stuttgart-based brand’s total sales of the Stuttgart brand since then.

Canada loves it
Since the Cayenne’s arrival in Canada in 2003, Porsche has sold over 22,000 units of the model here. And this trend towards selling tons of utility models goes beyond the Cayenne. The automaker’s current top seller is the Macan, which attracted 4,000 buyers last year in Canada, ahead of the Cayenne with 2,109 units; the 911 in its various incarnations accounted for about 1,500 sales and the Cayman/Boxster duo came in at 656 units.

The truth is, despite all of the complaints and the indignation manifested by some fans, Porsche would simply not be profitable without the contribution of its SUVs. In other words, if Porsche is still in a position to continue with its sports cars, it’s thanks to the profits generated by the sale of its utility models. 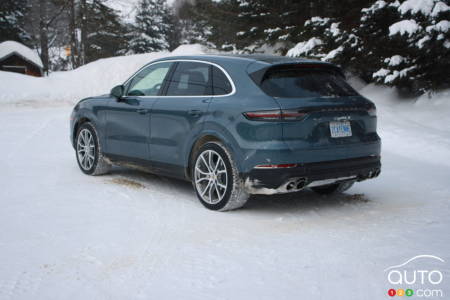 Subtle changes
Porsche introduced us to the 2019 versions of the Cayenne S and Turbo in the midst of a wintry cold spell in the Mont-Tremblant area. The model known internally at Porsche as the E3 is actually the third generation of the Cayenne. Like the 911, the Porsche Cayenne seems to fit into an established design profile. The majority of visual changes are very subtle, so much so they could easily go unnoticed. The S model has 63 mm more of total length than the 2018 version the Turbo is 71 mm longer); the S also sits a little lower (by 29 mm) and has a wider stance (by 29 mm).

The increased use of aluminum has resulted in a weight reduction of 65 kg for the S version, which is now at 2,020 kg. Elsewhere, Porsche has introduced a new design for the headlights at the front, along with a more aggressive grille and wider air intakes. In the rear, you have Porsche’s new visual signature with its light strip running horizontally across the vehicle. There’s also a different design for the wheels, and of course that quadruple exhaust leaves no doubt about the potential of this machine.

Redesigned interior
Porsche has evolved the model technologically and design-wise, taking inspiration from the interior of the latest Panamera. The borrowing includes elements like the central infotainment module consisting of a 12.3-inch touchscreen that includes the bulk of the information you’ll need, from the radio to the navigation system. 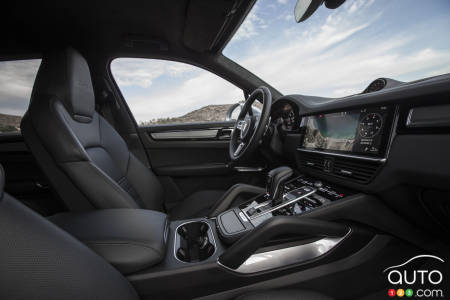 Like in the Panamera, the instrument cluster includes a central odometer flanked by two 7-inch LCD screens each displaying specific information. Porsche also offers as part of an near-endless list of options a laser head-up display (HUD) that isn’t too intrusive and provides a lot of information to the driver. Opinions differ regarding HUDs, but the one in the Cayenne is very well done.

Needless to say, the interior is lined with leather seating, which are almost infinitely adjustable in the front, and even the rear passengers benefit in both S and Turbo versions from 10-way adjustable seating. The cabin environment overall is also more refined because of the many buttons that have disappeared, their functions displaced to the central screen, and all seats benefit from a shape and padding that maximize comfort.

Both engines are paired with an 8-speed automatic transmission that was chosen over a PDK because it enables better towing capacity (up to 7,000 lb), a feature sought after by many owners.

The smaller V6 has the advantage of taking up less under-the-hood space and being installed in a lower position, creating a lower centre of gravity and thus better handling. Both models come standard with a sophisticated all-wheel-drive system.

But the most impressive feature is that long, long list of options and the proliferation of new chassis systems and controls that you can get on the Cayenne to make it a better Porsche. The electromechanical roll bars keep the body impressively flat in high-speed cornering. Adaptive air suspension delivers exceptional ride even on rough roads. You even have a new rear steering system that makes the Cayenne even more willing and able to follow a curve.

The 4D chassis control system of the Panamera also makes its way into the Cayenne, just to make sure everything works well together. If you choose one of these options, you’ll find bottom-line price seriously inflated, but the difference to your drive will be surprising. 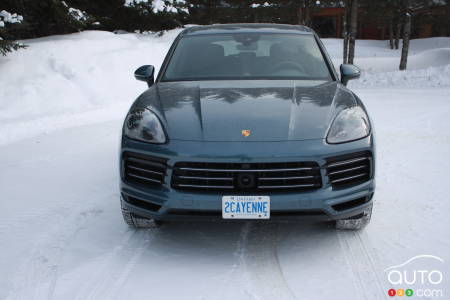 But anyways, there are some pretty unique options like new tungsten carbide coated brakes on the Turbo model, designed to produce 90% less brake dust than a normal steel disc and deliver braking power that is close to carbon ceramic units but cost $4,000 as an option instead of $10,000 for carbon brakes.

The Turbo model also benefits from an adaptive roof spoiler, a first in the utility segment, that adjusts for better road handling. You’ll probably be comforted to learn that in Sport mode on the Turbo model, the wing is deployed at 160 km/h to improve handling. Though testing that could well cost you your driver’s license...

Porsche's all-wheel-drive system operates primarily in rear-wheel mode, but it can send up to 100% of power to the front axle. Its different operating modes manage the passing points of the transmission and the response of the accelerator.

Anti-roll bars can be disconnected electronically to provide more articulation, and the adjustable air suspension can raise the Cayenne 9.4 inches off the ground. The lighter and more-compact chassis gives increased comfort on the road.

Combined with the car's exceptional driving sensation, the 2019 Porsche Cayenne stands out for its agility, combining great safety with impressive performance. It drives like a Porsche sports car while using the Volkswagen Group’s modular platform that also underpins the Audi Q5, Q7 and Q8. The Turbo version is as exhilarating to drive as a 911 and the ferocious V8 is frankly chills-inducing. 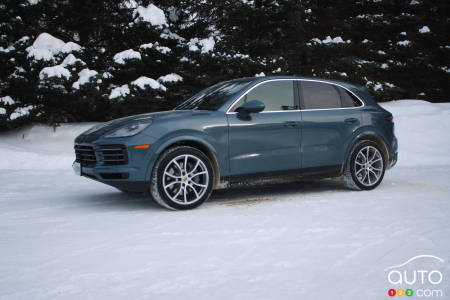 Conclusion
This new generation of Cayenne is already at dealerships and Porsche, true to itself, continues with each new generation of products to quietly push the bar a little higher. It’s a marvel of technology and driving, but you’ll have to dig deep into your pockets to take advantage of that technical marvel. 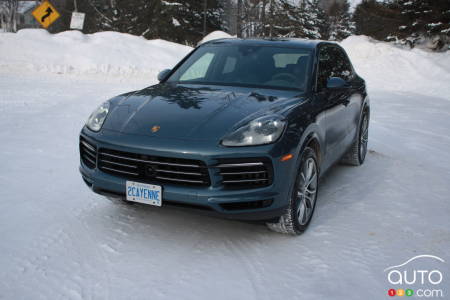 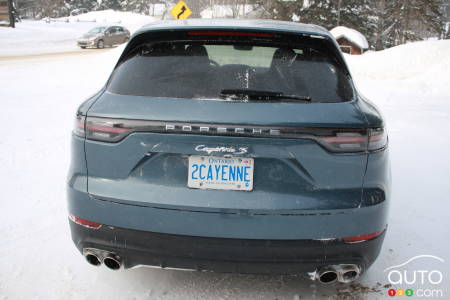 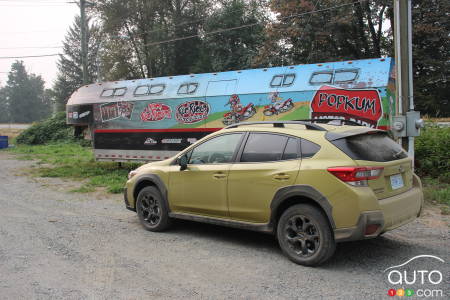 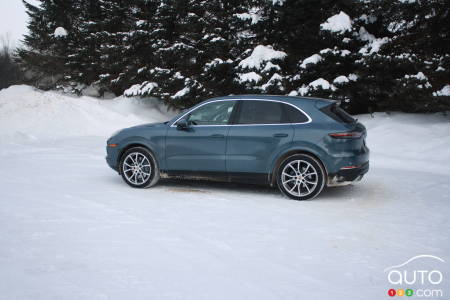 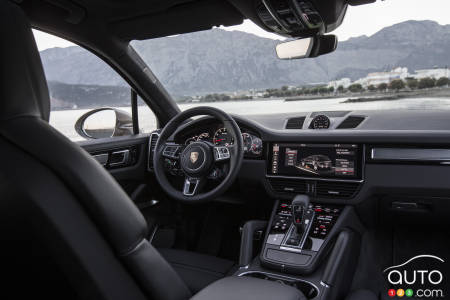 Two weeks after the world premiere of the third-generation Porsche Cayenne, the German manufacturer further expands the lineup with the introduction in Frank...