We’ve reported recently on Peugeot’s planned return to North America, and up until now the French company has intimated it expects to be ready to do so by 2026.

A new report by the Wall Street Journal indicates that the carmaker may be back on our continent a lot sooner than that, possibly in 2022. PSA Group head Carlos Tavares told the newspaper that the company was ahead of schedule in its plans, thanks mainly to its acquisition of Opel from General Motors.

That report is more than enough to set rumours flying once again. As several Opel models are currently sold in North America under the Buick banner, it would be a relatively straightforward move for Peugeot to bring an Opel product across the pond and stick a French signature on it. None of this is carved in stone; Tavares also said that all models produced by the auto group is under consideration for the North American market.

The big unknown remains distribution. Peugeot says it’s studying several avenues, including everything from establishing its own traditional retail network to selling its vehicles online.

And of course, those rumours of a partnership with a manufacturer already established in North America are not likely to go away. 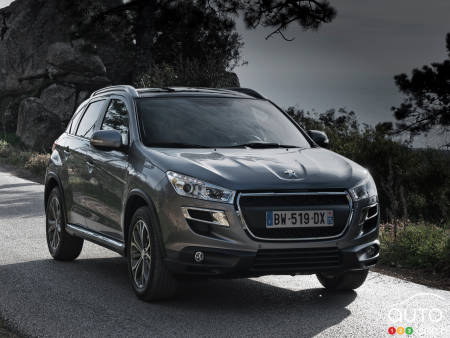 Could We See a Marriage Between PSA and FCA?

For the umpteenth time in the past few weeks, rumours are floating around to the effect that that the PSA Group is actively looking for an automotive partner...

Peugeot Will Lead Return of PSA Group to North America

The PSA Group has confirmed via big boss Carlos Tavares that its return to the North American market will be spearheaded by the Peugeot brand. Patience is in...

The PSA Group, whose brands include Peugeot, Citroën and Vauxhall, continues to talk publicly about returning to the North American absence after a long abse...