When Peugeot announced its plan to return to North America, it did not specify which brand or brands would be leading the charge. This week the PSA Group’s big boss Carlos Tavares confirmed that the Peugeot banner itself would spearhead the offensive.

“We made the decision that Peugeot would lead the charge for this return to North America. We believe that bringing back the banner that won the Indianapolis 500 three times is the right thing to do.”

Kudos to Tavares for finding a hook to sell the idea of bringing Peugeot back to North America. Those three Indy 500 wins? They happened in 1913, 1916 and 1919.

As for Peugeot’s presence in North America, it dates to 1958, and lasted for 33 years in all. In 1991, sales were in freefall and the company decided to close up shop. And so it has been ever since. 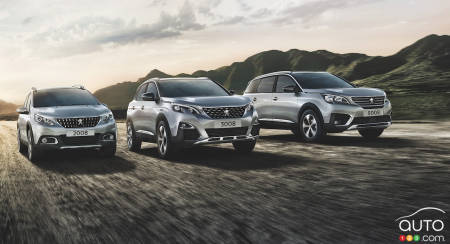 No surprise then the company is now planning every step down to the last detail. For the moment, what we know is that the target date is 2026. We could of course see Peugeots arrive before then, possibly as part of car-sharing programs so that consumers can be introduced to the company’s models and ot give the company a way to gauge interest on this continent.

Carlos Tavares added that the watchwords for the return to North America would be creativity, originality and frugality. The cars might come from Chinese or European assembly plants, but of course much could change depending on the outcome of the current trade battles ongoing between the United Stated and China.

There’s also the non-negligible question of distribution. Peugeot says it has a creative solution in mind, but we’ll have to wait and see. The company is not ready to share details about its plans in that area just yet.

Might we see the French automaker partner with an entity already on the ground here to benefit from an existing distribution network? It’s certainly possible, and in fact it’s difficult to imagine the venture being profitable for Peugeot if it has to implement a whole network of dealerships from scratch.

Peugeot Back in North America Sooner Than Planned?

Peugeot might be returning to North America sooner than expected, maybe as early as 2022, according to a Wall Street Journal report. Previously the French au...

Could We See a Marriage Between PSA and FCA?

For the umpteenth time in the past few weeks, rumours are floating around to the effect that that the PSA Group is actively looking for an automotive partner...