To say that the pickup segment is in good health in North America is a gross understatement. For years, even decades, trucks produced by the American manufacturers have dominated sales, and that state of affairs shows no sign of changing.

For the automakers, the category represents massive profits and profit margins at a time when these are desperately needed. Just at Ford, the F-Series vehicles generate over $50 million in revenues every year. In 2019, the average price of a transaction involving one of these pickups is $47,000 USD.

And, in case you hadn’t notices, prices of pickup trucks have continued to climb. In the U.S. The average full-size truck in 2018 costs 16% more than in 2015 in the U.S. Among midsize pickups, the increase is 3% over the same period. 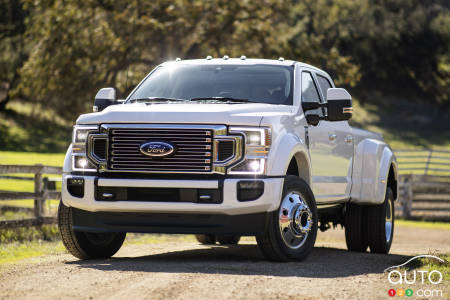 Total transactions surpassing $80,000 have started to appear. Most incredibly, there appears to be room for even more expensive models, according to several industry experts.

One of these experts is Duncan Aldred, VP Global Buick and GMC. During a recent discussion with journalists, he said this:

“I think there’s still an opportunity (in vehicles) for traditional luxury items, like more materials, audio systems, things like that.”

The executive added that the shopper looking to buy a high-end pickup already as a luxury car at home, and wants the same level of refinement in their truck. At this price range, buyers want to feel like they’re getting a lot for their money. 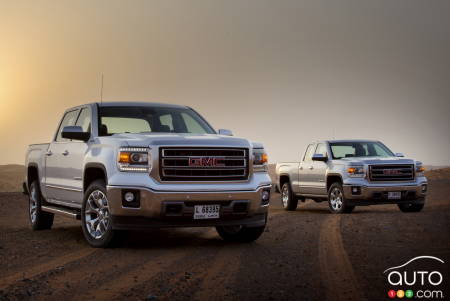 Speaking of GMC, two of the versions of the 2020 Sierra 1500 will see their price tags rub against and even surpass the $60,000 USD mark next year. The models that climb closer to that $80,000 mark are generally of the HD (Heavy Duty) variety. However, the cutting-edge technologies and safety features now included in most new vehicles has contributed to the rise in prices throughout the segment.

Total sales for pickup trucks in North America in 2018 came to about 2.5 million units. 84% of the market is controlled by the American Big Three, with Toyota, Nissan and a few others divvying up the rest.

Higher-end trucks could bring up the average sale price of pickups overall in the next few years. That said, a CarGurus study reveals that the phenomenon may not last forever. According to the study, 68% of truck owners believe their vehicle is overpriced; that’s 4% more than last year. Worse, 17% of respondents say they’ll go to another category of vehicle next time around.

Might we be getting our first glimpse of peak pickup?

Pickups Have Gotten Bigger... and Deadlier

Pickup trucks have become more dangerous – and deadlier - as they’ve increased in size in recent years, according to a new report by Consumer Reports. Over t...