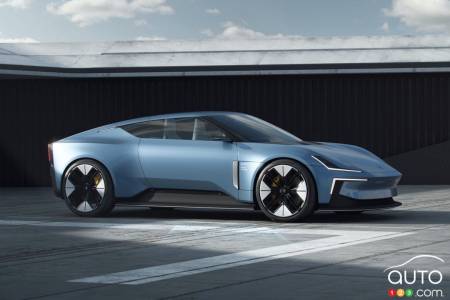 Polestar, Volvo's all-electric offshoot brand, has taken its time, relatively speaking, getting into the water. First it presented the niche-model Polestar 1, and followed that up with the more accessible Polestar 2. Other models are expected to follow in a numerical sequence that is all very ordered and logical.

Indeed, Polestar has reached the Polestar 5 part of its rollout plans; that model made its debut as a concept in 2020 (under the name Precept) and it is set to launch in 2024.

Today, Polestar let its freak flag fly a little bit, and presented a roadster concept. That’s segment that has been in decline for a few years, but who knows, maybe it could be revived with electrification. We hope so, because the design studies we have seen, for instance Genesis' Mint, are all very appealing. 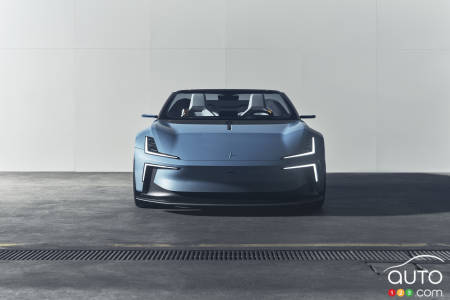 The images released by the automaker tell the story.  Aerodynamics obviously play an important role, especially with outlets behind the front wheels that help evacuate air from the sides. Polestar also says that the rear light, which takes the form of a horizontal bar, acts like a blade to reduce turbulence there.

Then there's the drone that accompanies the car. That’ right, a drone. A unique little accessory. It benefits from a negative pressure zone behind the seats, a feature necessary to ensure safe takeoffs. And why a drone? So you can film your footage on the road. The flying object can follow the car autonomously up to a speed of 90 km/h. Drivers can ask it to film an action sequence or even an atmospheric sequence if that’s what the moment calls for. The video can then be played and shared directly from the 15-inch central screen when the car is parked. 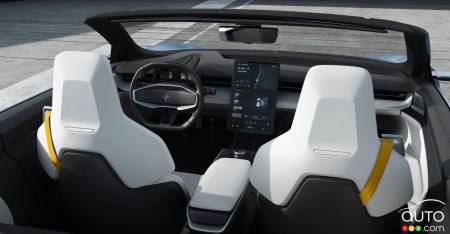 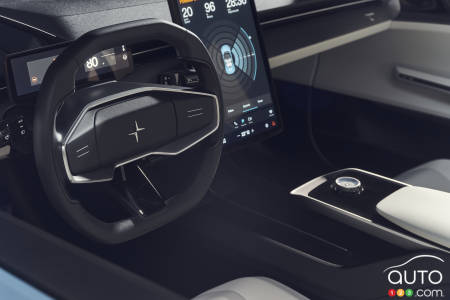 The interior is obviously very futuristic, but also minimalist with two screens dominating the presentation; frankly it’s less mind-blowing than the exterior. The materials are of course chosen with green in mind.

For now, the O2 Concept is only a study and no production is planned, but manufacturers have been known to use presentations such as these to gauge public interest.

We'll see what Polestar does with this creation in the long run. One thing is certain, the idea of a drone as an added bonus is intriguing. 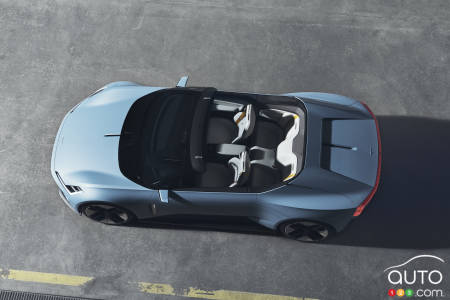 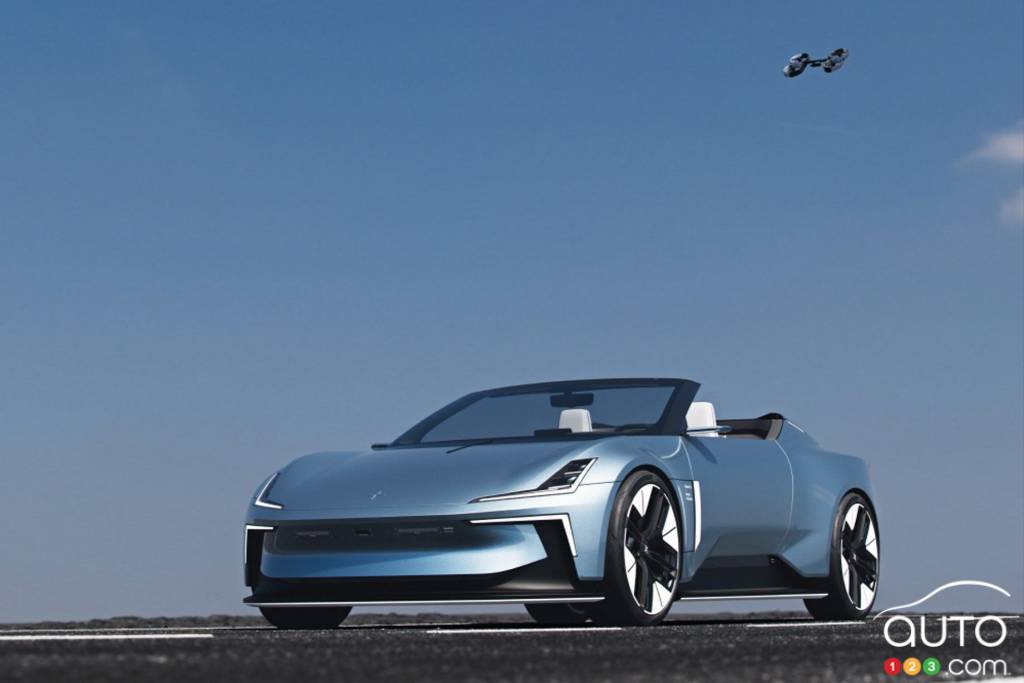 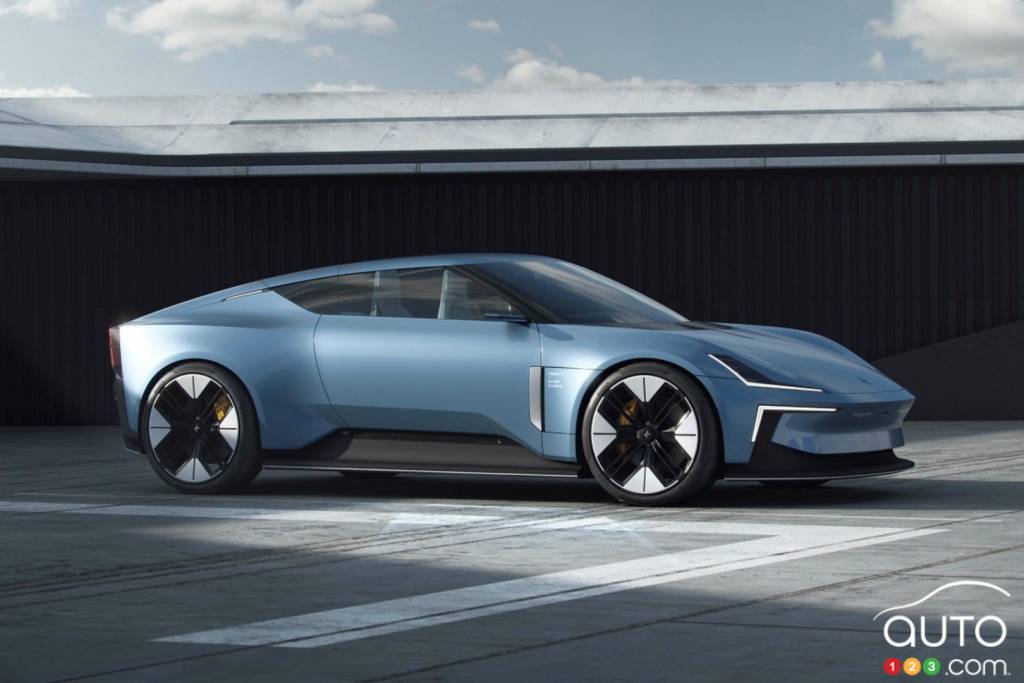 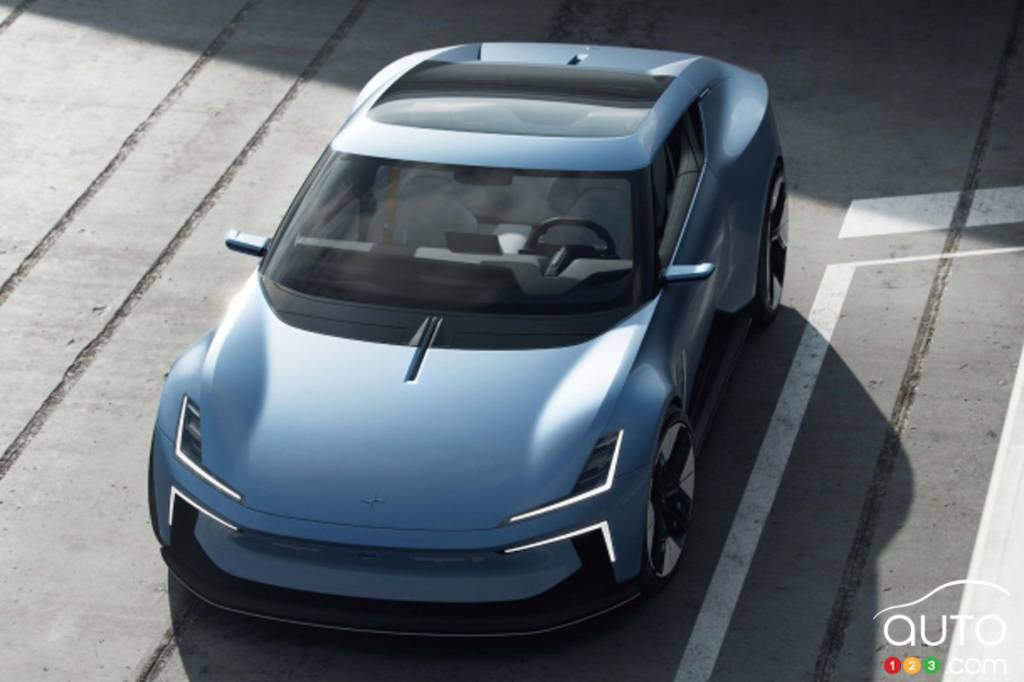 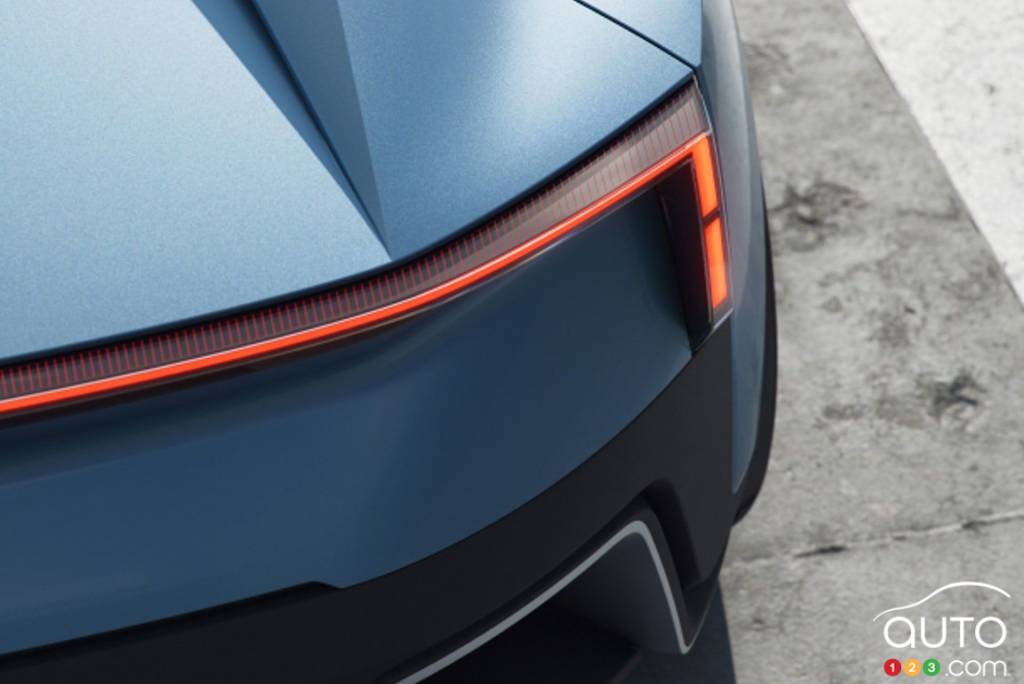 Reports point to both Volvo and its Polestar offshoot planning development of small electric crossovers in the next couple of years. The Volvo product would ...