It used to be an occurrence limited to springtime. However with the wild swings in temperature and unusual weather Canadians have been experiencing in recent years potholes rear their ugly heads more and more often throughout the seasons. Still though, March is definitely peak season, when it’s all but inevitable that drivers will experience some form of malaise due, in part, from hitting a pothole.

The typical rage toward whichever municipality you’re driving in usually manifests itself a few seconds after the vehicle has slammed through the gaping abyss in the road. Thoughts of punishing those responsible usually fade away into helplessness because someone once told you a city is never responsible for damage caused by potholes. But is that actually true?

In fact, it’s not. However, the process of getting redress isn’t simple. Many cities allow for motorists to make claims for damage resulting from potholes, but there are strict conditions where a claim would be paid out, and the burden of proof rests with the motorist.

Conditions
The motorist must prove that the pothole was previously reported and the city failed to do anything about it, such as put a warning sign or cones. Most cities have an official way to report a pothole, and you can actually find out whether the one you hit has already been reported.

As well, witness testimony from other drivers or local merchants can help prove your case. You’ll also need photos, the dimensions of the hole and a repair estimate from a garage.

Be sure to submit the claim as soon as possible after the incident, because often there is a time limit in order to qualify. Once the claim is in the clerk’s hands, you’ll likely have to wait several months before a decision is rendered. The municipality can either accept or decline, at which point you can choose to sue or not. You can sue for up to six months after the incident.

Legal action
Should the city deny your claim, there’s always the possibility of legal action. This is even more complicated, for starters because you’ll need to get a lawyer. There would also have to be a clear-cut case of negligence on the part of the city, otherwise they will be exempt from liability for damages to your suspension or tires. 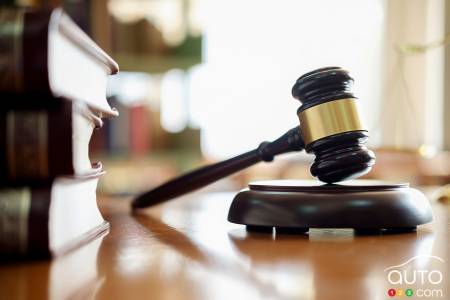 Loophole
There exists a loophole in the law that can benefit drivers. The liability exemption only applies to tires and suspensions. If there is damage to the rim or another part of the car, a judge could decide to award compensation for it. That said, if the city already denied your original claim, it will likely be difficult to convince a judge to force them to pay up.

Insurance
The last alternative is to make a claim with your insurance company. Unfortunately, this means a notch on your squeaky-clean record, so you may just want to pay if the damage is not too significant.

In 2013 there was a case where a Montreal man named Matt hit a pothole, lost control of his vehicle and flipped it. 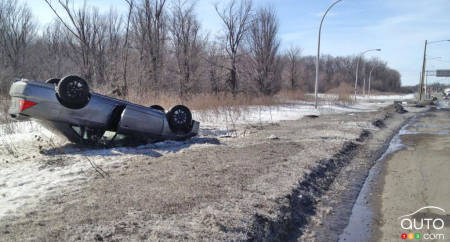 Matt attempted to pursue the city of Kirkland, where the incident occurred.

He claimed that the city brushed off the accident, as if they had no responsibility in the matter since the exit ramp where the pothole was located is under Transport Quebec’s jurisdiction. The woman who he needed to deal with from Transport Quebec was on maternity leave and no alternative contact was provided.

Matt’s insurance company was able to give him a decent offer on the vehicle so he took it and moved on. They told him they’d deal with Transport Quebec to try to get some sort of reimbursement if applicable.

Most cases will not be as severe as this but if ever you find yourself with pothole damage and can clearly document the case, it’s well worth it to try and get reimbursed by the city.

As part of National Road Safety Week, Transport Canada is pleased to announce that fewer people are dying and suffering injuries on Canadian roads every year...

The Minister of Transport and the Minister responsible for the Société de l'assurance automobile du Québec, Julie Boulet, announced today the 2009 road accid...

In Quebec, Who Is at Fault in the Event of an Accident?

Articles By
Danny Geraghty
2019 Volvo S60 and V60 Review: Standing Out I...
Review
2019 Hyundai Tucson Review: Ready for Prime T...
Review
2019 Nissan Murano Review: Not Like All the O...
Review
More from this author