The ink is still drying on the agreement between the FCA (Fiat Chrysler Automobiles) and PSA (Peugeot Société Anonyme) groups, but we’ve already received confirmation that all brands will survive under the aegis of the new entity.

Confirmation came from future boss of the merged group, Carlos Tavares, in a French television appearance. In essence, he explained that properly managing all of the diverse brands was part of the challenge that awaits everyone involved, with the goal being that all markets are adequately served.

"I see that all these brands, without exception, have one thing in common: they have a fabulous history. We love the history of car brands, it gives us a foundation on which we can project ourselves into the future. So today, I don't see any need, if this deal is concluded, to remove brands because they all have their history and they all have their strengths." 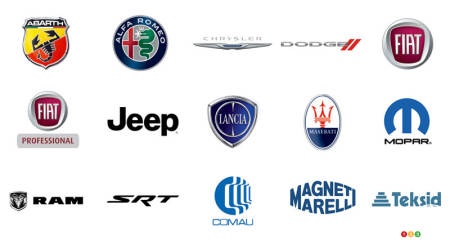 The executive acknowledged that once in place, the new entity will be carrying quite a large number of banners, notably Jeep, Ram, Dodge, Chrysler, Opel, Vauxhaull, Peugeot, Citroën, Fiat, Alfa Romeo and Maserati.

The merger creates a conglomerate valued at nearly $50 billion; last year the brands under the two groups totaled 8.7 million units sold. It’s anticipated that economies of scale will save the new company around $4 billion USD annually.

The latest news surely comes as a relief for the two companies’ 400,000 workers worldwide, but it doesn’t preclude the possibility that there may be job cuts in the first years of the new PSA-FCA group. If that does happen, as he puts it, "that's the car industry, it's not about PSA."

It’s worth keeping in mind that all of this is still conditional on all stakeholders ratifying the merger agreement. The European Union is foremost among them, as are the authorities that monitor anti-trust cases.

All concerned remain very optimistic, however, that the merger will go ahead.

The Stellantis company being created from the merger of Fiat-Chrysler and the PSA Group has unveiled its official logo. The final legal steps creating the ne...