Sometimes it can a bit of a challenge following the thought processes of auto manufacturers. Today’s case in point is the FCA Group, or more specifically its RAM division, specialist in pickups and commercial vehicles. The company, which already has a number of variants of the 1500 on its roster, has just announced it will offer a new edition of the truck specially equipped for truck buyers living in snowier regions, called the North Edition.

Which would be great news for pickup lovers in Canada, who live in what can certainly be considered snowy regions. Except that the North Edition will only be found… south of the 45th parallel. Come again?

The company says it is targeting consumers living in snowier regions in northern American states, like Vermont and Maine in the east, or Montana and North Dakota in the west. 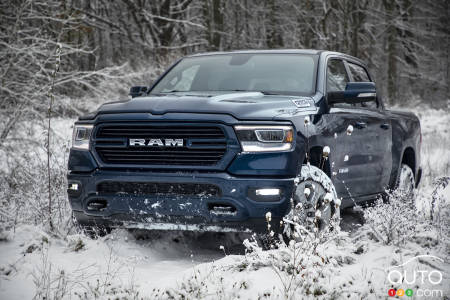 The North Edition will come with a list of features and equipment that leave no doubt as to its purpose. Standard goodies include heated front seats and steering wheel, as well as a remote starter. A bloc-heater is also no the menu, and the side-view mirrors are heated.  Obviously, all-wheel drive is basic equipment, as is an electrical module that allows for locking the rear differential. The model will also come with Falken LT off-road tires, specified for driving on snow. The whole truck sits an inch higher off the ground as well.

On the back there are tow hooks, and a number of styling elements found on the RAM 1500 are replaced here with chassis-colour elements. Looks-wise, the North Edition is a winner.

The model will be available with either RAM’s 3.6L Pentastar V6 or the 5.7L HEMI V8. 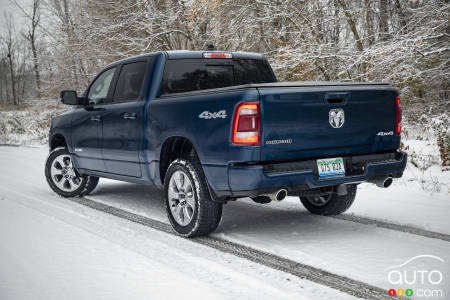 Another attention-grabbing “detail” has to with the price. American consumers will pay at least $47,585 USD for the privilege of owning a 1500 North Edition.

You might be asking how this compares north of the border? Well, to get the same product, you’d have to start with the Sport trim of the 1500, fourth up on the ladder in the product range (starting price here: $45,095 CAD). Add the necessary optional features to match up those included on the North Edition, and you arrive at a price of between $50,000 and $60,000 CAD.

Which actually evens things out, more or less. Keep in mind that everything you find in the North Edition, you can find in the Canadian product offering for the 1500. Except that here is a product that is already put together and ready to take on our winters. 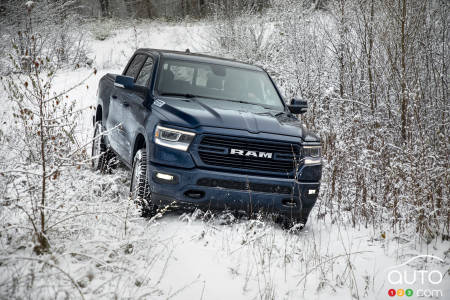 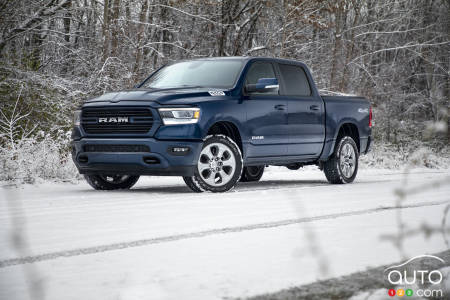 FCA has issued a recall of over 300,000 Ram pickups, including 38,890 in Canada, over a potential issue with the passenger-side airbag. A potential defect re...