•    The models planned would be similar in size and format to the coupe versions of the Porsche Macan and Cayenne.

For older car fans on this side of the Atlantic, the name Alpine evokes most of all a audio-system brand found in cars back in the 1990s. In Europe, however, the first association is with the car brand founded in 1955 and specialized in car racing and the manufacture of racing cars. In 1976, that brand merged with French carmaker Renault.

One of the most emblematic cars in the brand's history is certainly the A110 from the 1970s, a model brought back to the catalog in 2017. It's obviously less well known in North America, never having been sold here.

That seems as if it might change. According to Automotive News, Renault boss Laurent Rossi revealed in a recent phone interview that two new Alpine models are being developed for the American market. The sporty A110 is not one of them; rather the company plans two SUVs, comparable in size and format to the coupe versions of the Porsche Macan and Porsche Cayenne. 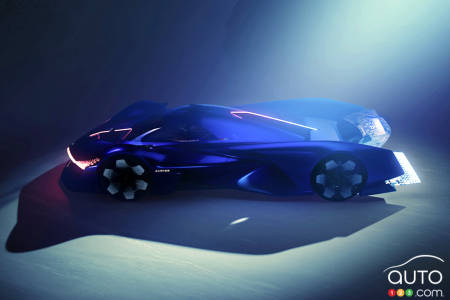 This is not imminent, of course. The models are expected to be ready in 2027 or 2028. Laurent Rossi did say, however, that “the United States is the main destination for these vehicles.” We're guessing that these would also be available to Canadian consumers, though nothing has been confirmed by the company on that front.

Rossi sees the U.S. market as pivotal to the Alpine division's goal of increasing sales. At the moment, the brand offers only the A110, and in 2022, it sold 3,546 units of it. The goal is to reach 150,000 annual sales by 2030. Given that ambitious target, it’s obvious that North America must be part of the carmaker’s strategy.

The project is still in its infancy - the platforms have not even been chosen yet. All this is also very far in the future, so we’ll take the news with a small grain of salt. We’ve seen other French automakers state plans to return to the New Continent, without anything materializing. We’ll see if Alpine is serious.

But if everything goes according to plan, it will certainly be interesting to see the Alpine brand come here.

Mercedes-Benz used the occasion of CES 2023 to announce an ambitious billion-dollar plan to build an EV charging network in North America and eventually arou...

VinFast has announced plans to build an assembly plant in North Carolina. The Vietnamese automaker is investing $2 billion USD to build the factory, which wi...