Route 66 with Nissan, Day One: From Chicago to Cuba

After a first day which saw us cover nearly 700 km, day two of our Route 66 with Nissan adventure was a relatively lighter affair. We drove roughly 550 km between Cuba, Missouri and Tulsa, Oklahoma. Here are some of the highlights of our day traversing this historic route.

After spending Day One in a Kicks, we drove the new Altima sedan today. We’ll have a full review for you once this eight-day trek is over and done with, including an uncommonly in-depth look at fuel consumption and other performance metrics over such a long distance. We can tell you already, however, that my intrepid Auto123 colleague Benoit Charette and I had occasion to grind our teeth at the functioning of the CVT (continuously variable transmission), at least once or twice. More on that to come…

In Missouri’s Ozark Mountains area sits the town of Uranus. Named after the planet of course. Not that the name doesn’t lend itself to some high-minded joking, and in fact the possibilities are milked to their full limits when you stop at the Uranus Fudge Factory.

This boutique features souvenirs and any number of interesting objects, as well as a big counter offering up all kinds of chocolate goodies. Make sure to being a sense of humour, because you can’t avoid the wisecracks even if you tried.

All along Route 66 are found a plethora of classic car museums large and small. A short 20-minute stop at the Route 66 Car Museum revealed to us a few interesting pieces – in the coming weeks we’ll have a full gallery for you devoted to this spot. I came near to suffering heart palpitations on seeing some of what was on display there. 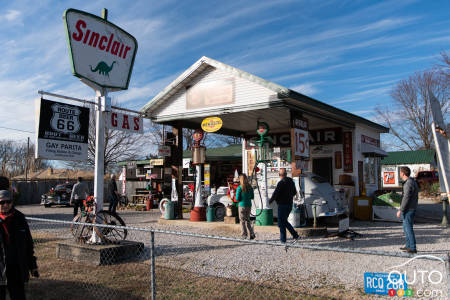 As we touched on yesterday, one feature of Route 66 is the series of restored old gas stations that line the route. The one in Everton, Missouri is one of the most fascinating of these. The evident passion for the project shown by its owner makes it a must-stop on the route, and the place is fairly packed with tourists there to snap shots of the classic cars, decorations and other oddball stuff on display.

The station began its life in the 1930s and it was long a features stop on the route. The owner passed away in 2015, but fortunately a passionate new owner has taken up the torch.

If you’ve ever seen the film Cars, you’ll be interested to know that the inspiration for one of the movie’s main characters, Tow Mater, was found in Galena, Kansas. The producers of Cars, who used Route 66 for a good part of its research, were drawn to the abandoned tow truck seen here, in mild disguise, in this parking spot on the side of the road.

We weren’t in Kansas for very long, however: the 12-mile portion of Route 66 that runs through the state is the shortest of any state along its length.

A stop at roadside eatery showed us that at some points along Route 66, you can find (almost) the same pricing as those marked on signs back in the days when the Route still officially existed (that is, pre-1985). When’s the last time you paid $1.50 for a burger? 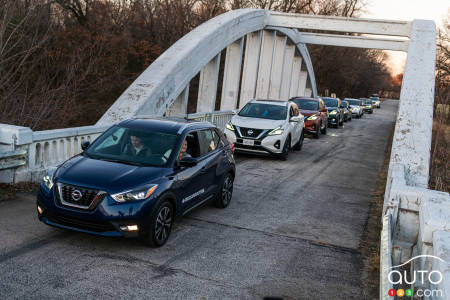 Tomorrow, we get an early start with the aim of reaching the town of Amarillo, Texas before th day is done.

Stay tuned for more details about Route 66, including a history of the fabled road. Later on, more articles and photo galleries! 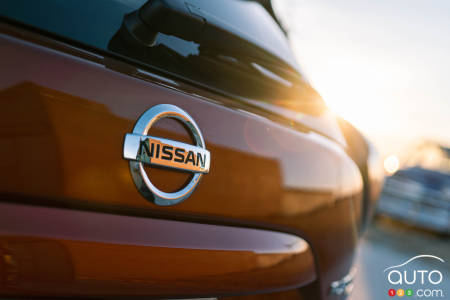 Route 66: A Guy Thing or an Ideal Family Road Trip?

We tend to think of Route 66 as a guy thing, but the iconic road through the United States is so much more than just that. Our recent trip south and west on ...

Our westward crossing of Route 66 with Nissan, started seven days ago in Chicago, comes to an ends on the shore of the Pacific Ocean. Here are the highlights...

Route 66 With Nissan, Day Six: From Flagstaff, AZ to Need...

For us, a perfect day on Route 66 includes stopping (briefly) at the Grand Canyon and petting donkeys in Oatman, Arizona. We pause for the night in Needles, ...