We continue our series of reports on Route 66; today, we make the case for taking the family on a trip down the Mother Road

Route 66 has not officially existed since 1985, but in reality it’s more popular than it has been since the 1980s. For folks from across America, but especially for Europeans, the pull of its mythical allure is more powerful than ever.

See The History of Route 66, the Mother Road of America

So much so that every year, tourists from all over the world flock in large numbers to the Mother Road. And all along the route there’s a resurgence of activity. Businesses are coming back to life, and a great number of former motels and gas stations are beginning new lives as museums. Speaking of which, there are a ton of museums all along Route 66, of all kinds. 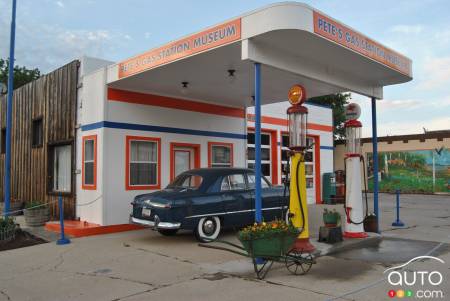 Of course, the automobile is omnipresent. The sheer number of abandoned gas stations reminds travelers of how well-traveled this route was in its heyday. You can also amuse yourself at counting the number of car carcasses that seem to have been deliberately left behind for decorative purposes.

Maybe that's why Route 66 seems to be a "car" thing, and, by extension, a “guy” thing. This couldn't be further from the truth. For one thing, try telling the many women who are passionate about cars they shouldn’t be. And while it’s of course true that car enthusiasts will find much to love on Route 66, but there’s so much more to see.

I've been on Route 66 twice already. The first one was, in fact, a “guy” thing. Case in point, we'd stop wherever there was an abandoned car or a car for sale. The car museum visits came one after the other at a crazy pace. 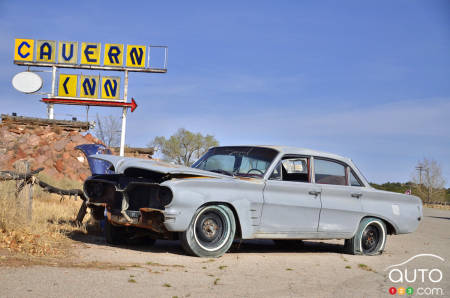 This past December, I had the chance to do it again, this time at the invitation of Nissan Canada, which had organized a small convoy for a handful of automotive journalists. This time, it was more of a historical trip. And that's when I understood more clearly what I had sensed previously: Route 66 might technically be a road trip, it’s also, in the end, an epic journey through time and into ourselves. The road takes us back to our history in North America, and to what we have become, collectively.

It is, in short, an opportunity to take a break to discover ourselves, all while traveling through an absolutely incredible vista.

And yes, this journey can absolutely be taken with the family. Already, there’s no doubt in my mind that my third Route 66 will be taken in the company of family and friends. And here's what could be on the menu for a family tour of the Mother Road.

Officially, Route 66 no longer exists. However, authorities in each state have put much effort into making it possible to follow the route, via historical signs most notably. You can also fall back on the many guides in existence and the magic of the Internet to help you find your way.

What’s important to keep in mind is that "doing" Route 66 doesn’t mean that you have to cover every segment of the old road. In fact, many sections are located along the highway and offer nothing of note, visually speaking. What's more, the first rule of thumb for any traveller taking Route 66 is that you shouldn't be afraid to leave it to make a few targeted visits.

The first such “detour” that comes to mind is the Grand Canyon. To admire this breathtaking natural wonder means going about an hour out your way off Route 66. But before that, almost right from the start of your trip, there are in Missouri’s Ozarks region caves that are worth a visit, notably those of the Meramec collective formed by the erosion of large limestone deposits over millions of years. In the city of St. Louis, Missouri, there’s of course the iconic arch that’s a must-stop - and it’s a few blocks from the 66. 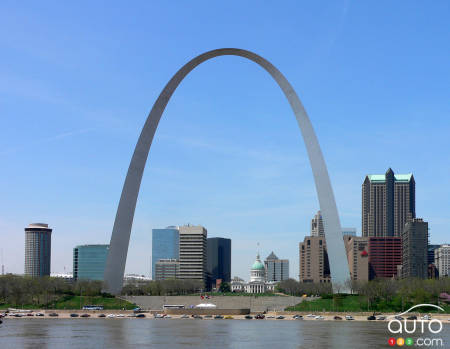 In Arizona, other opportunities present themselves to the road-tripping family, for instance the Barringer meteorite crater near the town of Winslow, or the Bearizona Natural Park, which allows you to drive in an environment where you can visit, literally, wild animals. There’s also a zoo on site to welcome families.

Finally, one last example. In San Bernardino, California, it’s possible to make a small detour to see the location of the first McDonald's restaurant. The place has become a very interesting museum, well worth discovering.

And that's not to mention all the unexpected delights the road itself has in store for travelers. 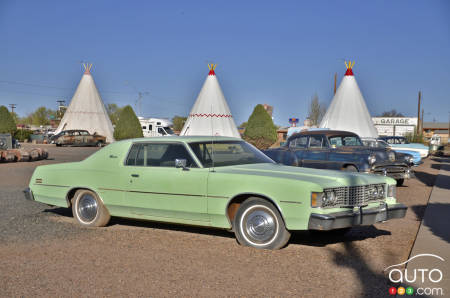 It would be impossible to describe here all the places to visit that are right on Route 66. The Pops Bistro, located in Arcadia, Oklahoma, is sure to please everyone with its selection of 700 soft drinks. Bacon liqueur, kids? Or how about Buffalo chicken wings or peanut butter flavours? A must stop.

Or how about taking a few minutes when in Galena, Kansas, to check out a gas station that has a Hollywood star? How did it earn that distinction? In fact, a tow truck resting there inspired the creators of the film Cars for the character of Tow Mater.

The number of stops you make is strictly up to you. With the many guides at your disposal, it's easy to plan an itinerary that suits your interests.

When it comes to accommodation, there's no shortage of choices either. If you want to experience Route 66 to the fullest, many old motels are still in operation, such as the Wagon Wheel in Cuba, Missouri and the Blue Swallow Motel in Tucumcari, New Mexico. Both places offer the sensation of traveling in time. 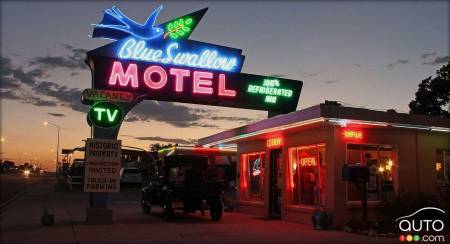 Not just for the guys

Route 66, a “guy” thing? Maybe to some extent, but certainly not exclusively. While car enthusiasts will certainly get their satisfaction, there’s so much more to see on the Mother Road that the whole family is sure to have an unforgettable time.

In fact, rather opting for a typical destination for your next family vacation, why not take this mythical road trip with your loved ones? You'll bring back unforgettable memories and you'll have only one desire when you return: to start all over again.

That's how remarkable it is. 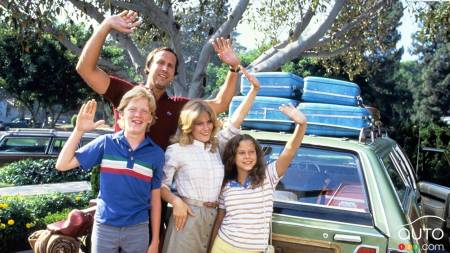 Our westward crossing of Route 66 with Nissan, started seven days ago in Chicago, comes to an ends on the shore of the Pacific Ocean. Here are the highlights...

Our second day of driving in the Route 66 with Nissan adventure takes us ever farther south. We’re done with Illinois, Missouri and Kansas. From Oklahoma we ...