We've spotted GM testing a vehicle for a very specific customer and this may very well be the strangest, most unique test car we've ever seen. While we haven't been able to get anyone to comment officially on this vehicle, privately we've been told this is in fact the next-generation "Cadillac One" presidential limo!


Photographed testing on public roads and highways, we think this behemoth might actually be more of a truck than a limo. With so much armor being added, it appears GM may have needed a medium-duty truck chassis like the Topkick platform. We observed the limo testing along with two regular Topkick trucks and the wheels and tires on the limo appeared to be the same size as the Topkick. The tires on the limo are Goodyear Regional RHS tires on 19.5-inch wheels.

As far as powertain, all we can say for sure is that it sounded like a very large diesel was under the hood. Possibly a V8 Duramax.

Style-wise, we can see bits and pieces from a few different Cadillac models. Xenon headlights from the Escalade adorn the front while the rear seems to have some STS parts. We can also see holders on the top of the front fenders where two small American flags would traditionally go. The doors on this limo are absolutely astounding. We'd guess they are at least 20 centimeters (8 inches) thick!

When this vehicle will debut is anyone's guess, though we think January 20, 2009 may be a good possibility : George Bush's last day in office... 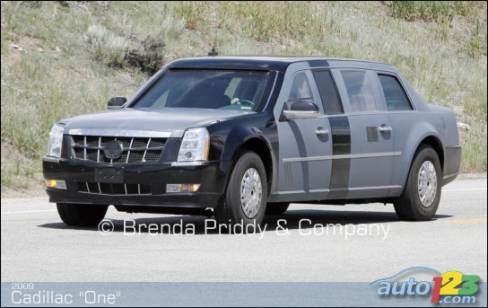 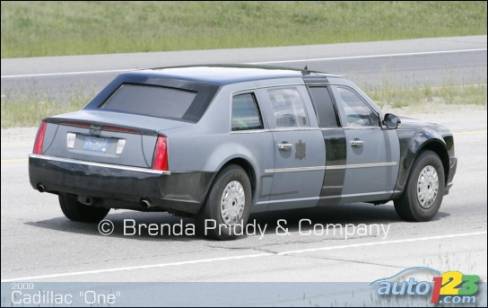 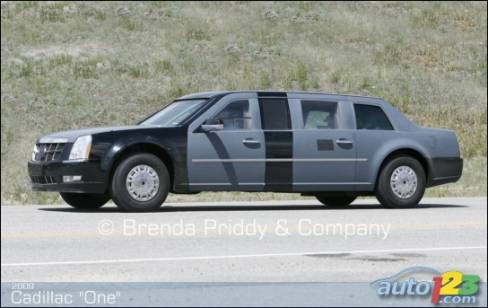 After a long stakeout (on a public street, of course) outside a top-secret Toyota facility, we caught a quick glimpse of Scion's upcoming New York Auto Show ...

Codenamed X290, our spies in England have captured shots of an early prototype of a "production-intent" Jaguar XF rolling around on the streets surrounding J...