The Buick Envision first arrived in Canada for the 2016 model-year, and promptly failed to make much of an impact on the market. The years since have been similarly lukewarm. Another way of saying it really didn't live up to expectations.

Clearly, some changes were in order for the SUV. This past Friday, Buick gave us a first look at the exterior design of the new second-generation edition.

Even a first glance shows the SUV from GM’s halfway-premium brand taking a big step forward, at least aesthetically. The new Envision frankly sports a great face, as well as a wider, lowered stance that gives it more gravitas. 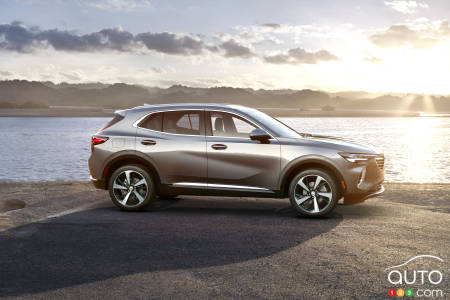 For the moment, details about the model are being kept close to the vest; note that the official presentation is due to take place later this year. We do understand that the model will continue to rely on a 2.0L turbocharged 4-cylinder, which will be mated to a 9-speed automatic transmission. The 252-hp output of the old unit could be back unchanged, or we could see a bit of an increase. We'll also find out in due time if more than one engine is included in the product offering, and if there will  be some form of electrification, hybridity in the mix.

Among the new features of the 2021 Buick Envision are electronic driver assistance functions such as automatic emergency braking, front collision warning with pedestrian detection and rear parking assistance. Buyers will also be able to add a semi-autonomous parking assist function, as well as a side-view camera and head-up display. 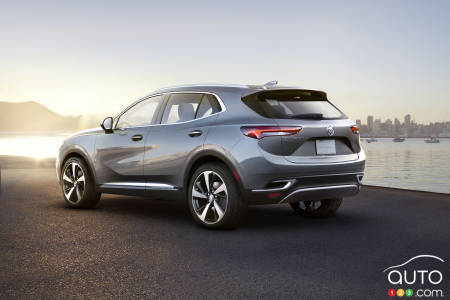 Buick has confirmed furthermore that an Avenir version will be available for the first time with the Envision.

The current Envision was the first Chinese-built vehicle sold by General Motors here. The company hasn’t said anything yet about whether the new version will also be assembled in China or whether it will be manufactured elsewhere; presumably that elsewhere would mean the United States.

The 2021 Jeep Wrangler 4xe introduces a new twist to the art and science of off-roading. While historically the association between hybridity and off-roading...