Last year, Buick enhanced its entry-level crossover lineup with the Encore GX. For 2020, it’s not an all-new SUV we get from the American automaker but a makeover of a model that’s already a known quantity. And it’s a makeover that was both necessary and some time coming. The least we can say is that the new second-generation Buick Envision is improved if only because it now stands out from other vehicles in its class thanks to a renewed design, a look that puts it in line with other of the brand’s recent models.

The comprehensive redesign gives a decidedly sportier look to Buick's entry in the highly competitive luxury compact SUV segment. But looks is one thing – remember what they say about cars, never rely solely on its appearance to make your buying decision.

Some of the other elements that are worth considering came to the fore during my test drive of the new Buick Envision, which by the way also gets the Avenir trim level for 2021, a first for the model.

Thumbs up for the design
Dressed in this Rich Garnet Metallic colour, the Buick Envision Avenir blends well with the pearlescent nickel finish of the 20-inch wheels, as well as the multiple chrome strips around the side windows, rocker panels and roof rails, not to mention the front grille. The new bumper is definitely more aggressive than the old one, which many considered too discreet. The translucent rear marker lights are also animated, courtesy of the LED lighting. The Buick Envision is, in my opinion, the best-looking vehicle in the Buick lineup.

What about the interior?
A redesign usually means a redesigned interior. And since the new Envision is now based on the same platform as the Cadillac XT4, as you’d expect, the cabin environment is much more modern than the previous model.

For example, the new dashboard features the touchscreen in the centre with a pronounced slant towards the roof of the vehicle. It's a rather unusual positioning, but I rather like it, and the large screen is still easy to use. Remember that GM's infotainment system is considered one of the best in the industry, thanks to the quality of the graphics and even the speed with which it responds to user commands.

The positioning of the climate controls is great for the driver, though that also means the front passenger has to bend over slightly to find the lever to adjust the temperature on their side, because a portion of the centre console obstructs their view. It's not a serious fault if you ask me.

Buick also ditched the traditional shifter in favor of a series of buttons that I have to admit is elegant and well thought out, if only by that different texture under the "R" button, thankfully making it hard to go wrong, even if you don't glance at the centre console.

Buick means comfort of course, and here, Buick hasn't lost its magic touch. The seats are soft as can be, even in the back, although I would have liked to see adjustable backrests for the rear seats. And let's not forget the QuietTuning technology that makes the cabin extremely quiet when you’re out and about.

I should mention, however, a specific failing: the steering wheel is not the most comfortable to hold. Though the Envision is not considered a sporty vehicle, the integration of a more-ergonomic steering wheel would improve the experience in this area. Also, the storage space between the two front row seats is intrusive, as it was with the first generation Envision.

Sporty looks = increased performance?
As I mentioned earlier, looks don't guarantee a higher level of driving pleasure. As nice and muscular as it looks, the Envision is not as at home on a winding track as an Audi Q5 or a BMW X3, for example. I should mention that the vehicle was equipped with Michelin X-ICE SNOW winter tires. Those have impressed me since they first arrived on the market, but a winter tire is just not as good as a four-season tire in springtime, when road-surface temperatures are notably warmer than in winter.

In addition to that blah steering wheel, I found the steering itself to be insufficiently direct, while the suspension is evidently not calibrated for sporty driving. Where the Envision excels, however, is when driven moderately. Comfortable, quiet and powerful under acceleration, the middle-child Buick SUV does justice to the crest sitting in the centre of its grille.

One engine
Unlike the old model, the 2021 Buick Envision gets only one engine, and that includes the top-end Avenir trim. Meaning General Motors has dropped the naturally aspirated 2.5L 4-cylinder available before. The 2.0L turbocharged 4-cylinder engine is the same block bolted under the hood of the Cadillac XT4, and it delivers 228 hp and 258 lb-ft of peak torque. The engine is less powerful than the old 2.0L, but that doesn't affect the vehicle's cruising abilities.

The 9-speed automatic transmission is discreet, except perhaps when you put the vehicle in Sport mode. Then stops are accompanied by slight jerks that become annoying over time. The vehicle is more enjoyable in Promenade mode when it relies solely on two-wheel drive. AWD, Sport and Snow/Ice modes all use the second axle and thus deliver all-wheel drive.

The last word
With its new, stiffer platform, the Buick Envision now has updated mechanical organs, and it also gets a modernized cabin. No, it’ not all perfect - the Envision doesn't offer as inspired a ride as the German or Italian rivals (like the Alfa Romeo Stelvio) it competes with. On the other hand, its smooth ride combined with its quiet interior is likely to please customers used to Buick products. Whether new buyers will be drawn to the model remains to be seen. 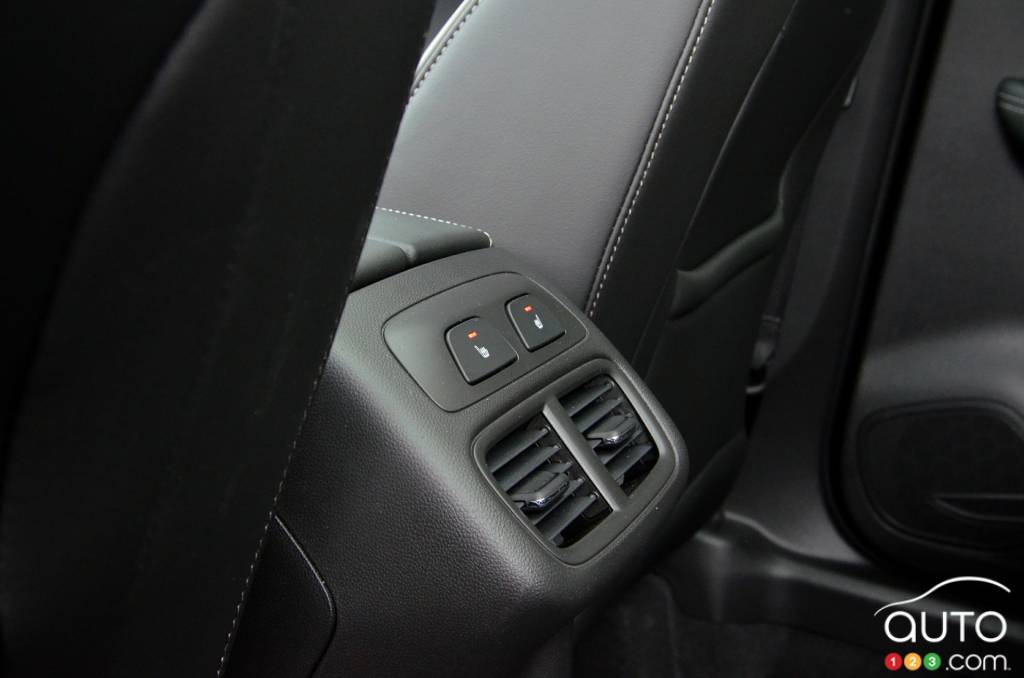 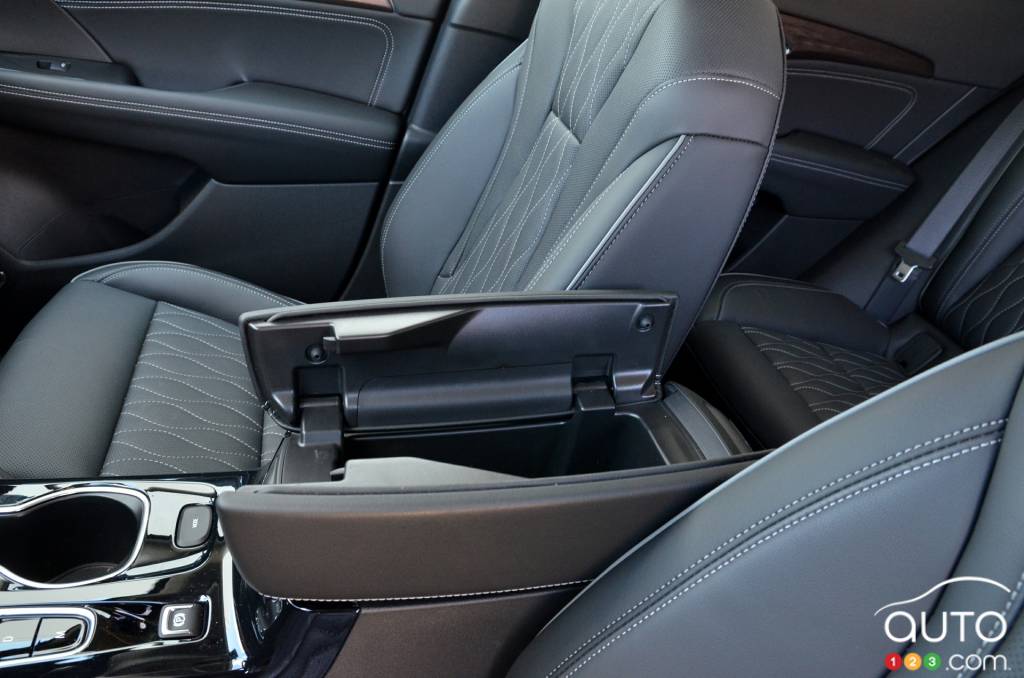 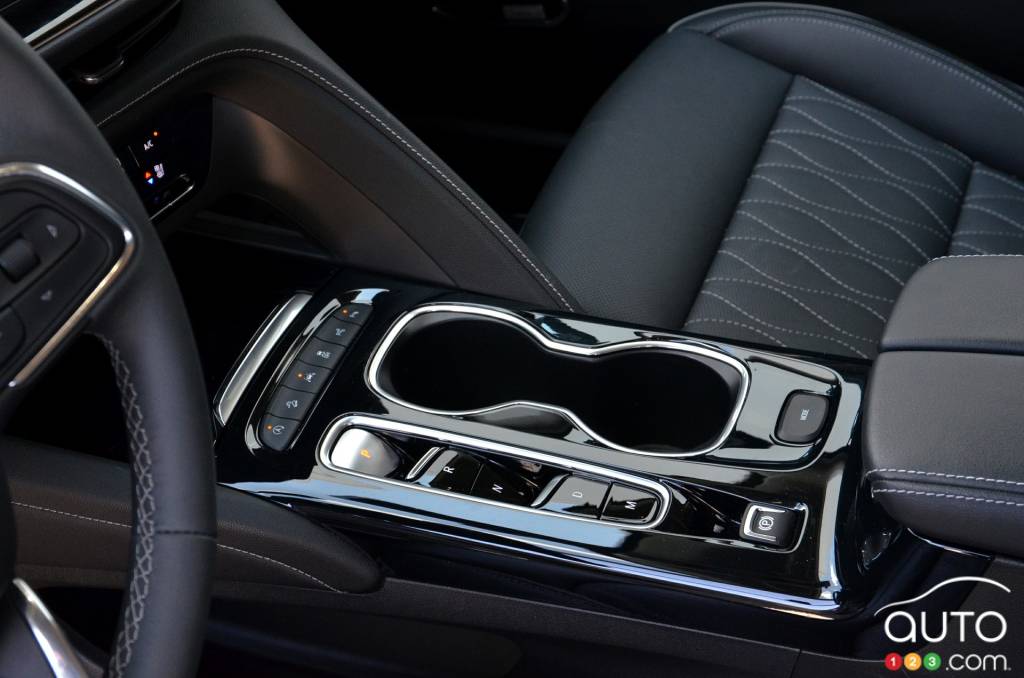 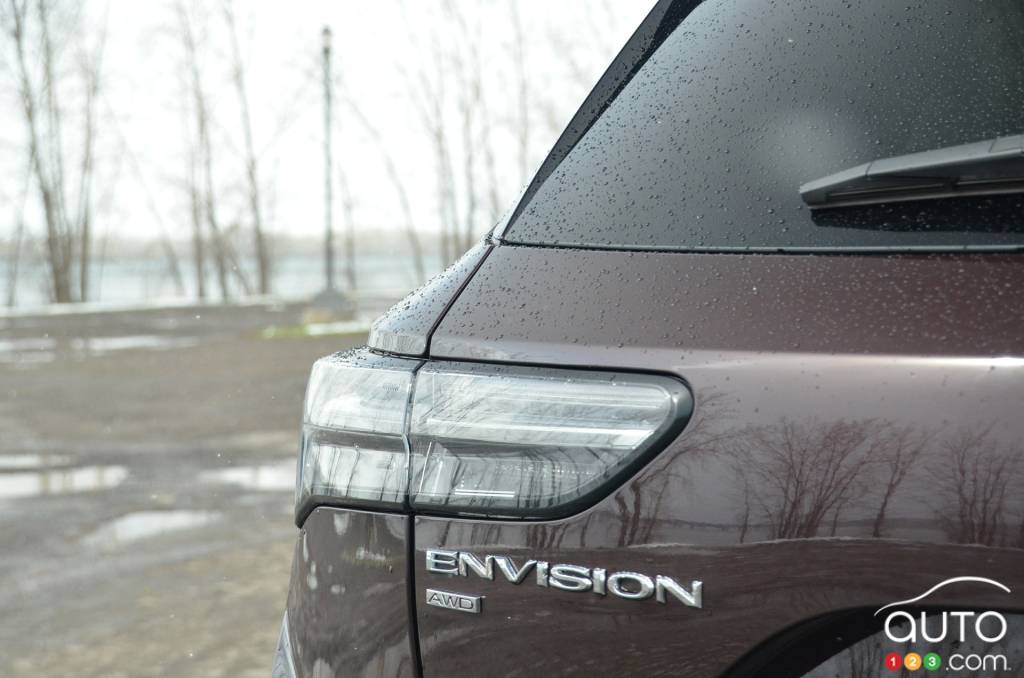 Auto123 reviews the 2021 Aston Martin DBX, the first SUV from the legendary British brand. Its primary mission is simple: to help the brand survive.