It will cost a few hundred bucks to get these shoes, but then again they’re likely future collectibles Automotive columnist: Daniel Rufiange , Updated: 2021-08-26

We regularly see manufacturers offering targeted accessories for some of their models. But shoes?

That's what will be available to future owners of the new Nissan Z, or just fans who want to associate themselves with the model. The Negroni brand is partnering with Nissan to create three colours of shoes designed for driving (Idea Corsa x Nissan Z). The colours, of course, match those available with the car (Lightning Yellow, Ceylon Blue or White).

The three colours are embellished with silver for the central part and the N-shaped element on the sides. Plus, there’s a small Z logo on the heel. The unique design elements have been grafted onto an existing Negroni shoe, the Idea Corsa. 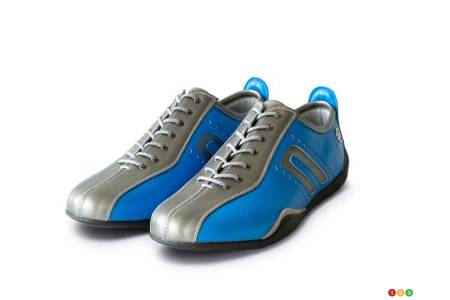 The 2023 Nissan Z was finally presented a week and a half ago, and it’s safe to say it is highly anticipated by enthusiasts. It runs on a twin-turbocharged 3.0L V6 engine developing 400 hp and 350 lb-ft of torque. It will come standard with a 6-speed manual transmission while a 9-speed automatic transmission will be offered as an option.

The model is expected to arrive early next year and pricing will be announced later. Until then, you can still get your Z fix with the purchase of these pricy but nifty shoes. 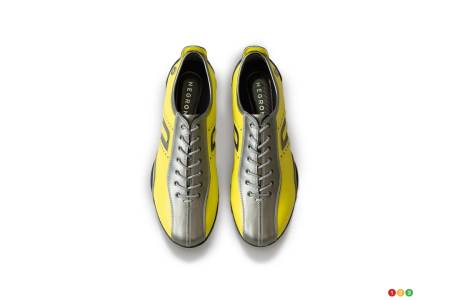 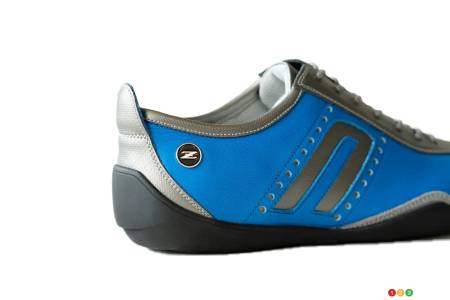 Photo: Negroni
The Idea Corsa shoe, with the Z logo

After months of waiting, we have finally had the official unveiling of the next generation of the Nissan Z. The model that respects the past and the traditio...

We test drove the all-new 2023 Nissan Ariya today, and received confirmation that the all-electric compact SUV will debut on the market later this year (in F...

The Nissan Z 2023 is a car that performs pretty well on the road for what it is. On the track, however, there are a few hiccups. Here is our test of the car,...