We reported the news about ten days ago and it is now confirmed: Honda and Sony announced today that they have officially signed an agreement to create a joint venture dedicated to the commercialization of electric vehicles and mobility services.

The new entity, Sony Honda Mobility Inc., plans to be operational by 2025, both in offering new all-electric models and providing mobility services.

In March, the two companies announced their plans for the new brand. In early June, the partners agreed that the new company would be run as an independent, stand-alone company.

It is now done.

Here's what Honda had to say via its press release:

“The new company will aim to bring together Honda’s cutting-edge environmental and safety technologies, mobility development capabilities, vehicle body manufacturing technology and after-sales service management experience, with Sony’s expertise in the development and application of imaging, sensing, telecommunication, network and entertainment technologies, to realize a new generation of mobility and services for mobility that are closely aligned with users and the environment, and continue to evolve going forward.” 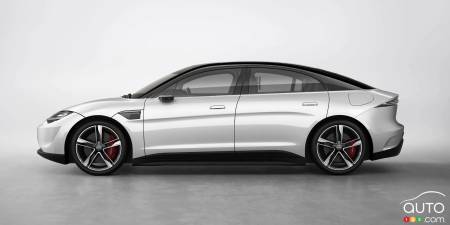 Basically, Honda is providing the automotive expertise for assembly, service and distribution while Sony will be more involved on the technology side.

For the moment, there's no information regarding the platform that will be used or the capabilities of the models that will eventually be offered. Nor their names, for that matter. Will we be talking about Honda/Sony, Sony/Honda, Sony only, etc.? We know that Honda wants to introduce several electric vehicles. Will it choose to simply take advantage of Sony's technology and the new partnership to bring them to market under the new banner?

For the moment, we have no idea. We'll have time to come back to that, as 2025 is still a long way off. However, considering that we certainly can expect concepts to be presented before then, thing could start moving fairly quickly, perhaps as early as next year.

Honda and Sony Will Jointly Produce One or More Electric ...

Honda and Sony have announced they will indeed offer an electric vehicle, to be produced in collaboration. The future EV, which could be ready by 2025, will ...

Honda has outlined an ambitious electrification plan that has it committing $40B USD to the cause. It plans to introduce 30 new all-electric models globally,...