Stellantis will spend $229 million to enable development and production of a new 8-speed transmission that will eventually serve electrified models produced by Jeep, Ram, Dodge and Chrysler. The money will go to updating and refitting three of its Indiana plants to produce the new transmission.

The announcement is one step in the company's planned $35 billion investment worldwide in electrification by 2025. Stellantis has said it aims to have more than 70 percent of its sales in Europe and 40 percent in the U.S. attributable to low-emission vehicles by 2030.

The just-announced investment will allow the company to keep 662 jobs in Indiana. 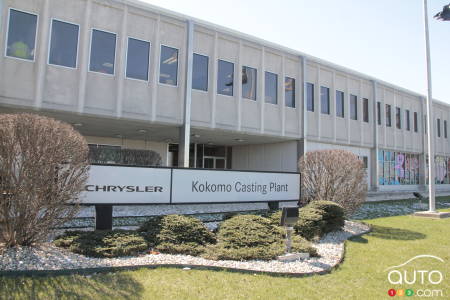 The refits at the Kokomo Transmission, Kokomo Casting and Indiana Transmission plants will enable the company to manufacture a new 8-speed automatic transmission. The new unit will offer flexibility, as it can be combined with combustion engines, as well as mild hybrid and plug-in hybrid propulsion systems, the company said. It will also promise better fuel economy and accommodate the electric range capabilities of the models it will serve, as well as help vehicles meet future emissions regulations.

Brad Clark, head of powertrain operations at Stellantis, called the news an important stepping stone toward the company's electrification goals.

“This new 8-speed is the ‘multi-tool’ of transmissions. It is a versatile transmission that can be adapted for a variety of applications, allowing us the flexibility to adjust our production as consumer demand for electrified vehicles grows over the next decade. It also offers consumers the opportunity to get familiar with this technology and explore all of the benefits that can come from electrification.”

Stellantis' electrified vehicle offerings will expand significantly in the coming years, both in the U.S. and around the world. The company currently offers American consumers a Jeep Wrangler plug-in hybrid, as well as a plug-in hybrid version of its Pacifica minivan. The plan is to launch a Jeep Grand Cherokee PHEV next year and Stellantis has also promised electric-powered Dodge muscle car and Ram 1500 variants by 2024. 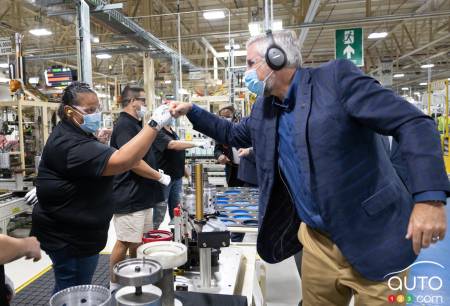 Stellantis has announced a new investment of $99 million in three North American plants to develop and produce a new 4-cylinder turbo engine. The biggest ben...