Add another voice to the growing chorus of those warning that a supply problem could seriously hamper efforts by automakers and governments to meet the ambitious targets they have set for transitioning to electric vehicles.

See also: VW Boss Says It’s Too Soon for a 100-Percent Electric Shift in the industry

The group he heads became one of the world's largest automakers after the merger of PSA (the Peugeot Group) and FCA (Fiat Chrysler Automobiles), and he is warning that battery shortages could hit the industry as early as 2025 as the transition to electric vehicles accelerates.

Tavares says current plans for battery production may not be able to meet the demand among automakers as they increase their electric vehicle model portfolios and sales in the coming years. The new models hitting the market and being announced are numerous, and when you add them together, you're looking at a veritable explosion of vehicles that will require EV battery packs. And this warning comes even when taking into account major new investments in European battery factories, in addition to the suppliers already present in China, South Korea and Japan.

And add to that the current shortage of microchips, and it paints a worrying portrait. 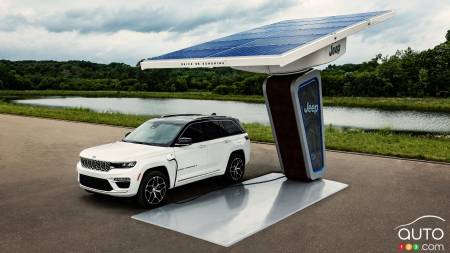 Carlos Tavares believes EV battery supply could be the next bottleneck facing the industry. Stellantis aims to sell only electric models in Europe by 2030. In North America, the hope is that by the end of the decade, 50 percent of sales will be all-electric.

He added that “the speed at which everybody is building manufacturing capacity for batteries is possibly on the edge to be able to support the fast-changing markets in which we are operating.”

Carlos Tavares has regularly warned anyone willing to listen about the problems associated with the transition away from gasoline-powered vehicles. He has also warned that the shift to electric mobility could create "geopolitical risks" because of the dependence on minerals mined within countries considered strategic rivals.

“We may not like the way that those materials are going to be sourced in a few years,” he said.