The electric shift is well underway across the industry and many automakers are moving aggressively, including Volkswagen, which has models already on the market and announced a slew of others.

However, the shift away from gas engines won't happen overnight, and despite all the public declarations of recent months and years, most, if not all, of the world’s automakers and other industry stakeholders are well aware there many factors at play that will affect the pace of full electrification. Recently, the voices calling for a cooling of ardours for going fully electric are starting to be heard across the industry.

The latest of those voices belongs to Volkswagen Group CEO Herbert Diess. The executive recently spoke at the Financial Times' Future of the Car Summit, and he took the opportunity to share his belief that it’s simply far too early for the industry to be able to switch to electric power alone. Diess explained that the problem is not with customer demand, which is suddenly growing very rapidly, but with the infrastructure that supports the manufacture and operation of electric vehicles. Development in those areas is lagging behind the pace it should be advancing to allow for a full transition.

“Everything will be there for growth, but it takes huge investment and time to achieve. We need the correct plants to be modified or built, the battery production capacity to be available, and to build a secure, sustainable supply chain. The customer needs the correct infrastructure to be put in place to live with the cars.” 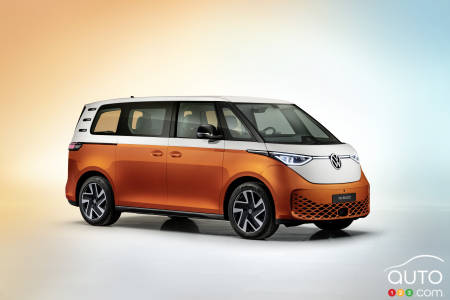 Diess remains optimistic about Volkswagen's position, however. He believes the company he heads has the potential to become the global leader in electric vehicle sales. During the summit, he explained that he sees Volkswagen becoming “the world leader in EV sales by 2025” thanks to the huge investments it has made over the years. He sees a close fight with Tesla.

Interestingly, he talked as well about the upcoming arrival of smaller, more affordable electric vehicles. He mentioned that eventually these would also become profitable, which is not really the case right now.

Volkswagen Confirms It Plans to Bring Back the Scout Name

Volkswagen has confirmed that it will revive the Scout name, this time in the form of a sub-brand devoted to all-electric models. The first concepts are expe...

Volkswagen has announced plans to substantially improve the electric range of its models built on the MEB platform. Roughly speaking, the automaker is aiming...