•    Steven Spielberg will direct a modern version of the movie Bullitt.

•    The director has tabbed Bradley Cooper to play the title role.

•    The new Bullitt won’t be a remake, strictly speaking, but you can bet it will feature a memorable car chase.

Of all the films about cars that have attained cult status, right at the top sits Bullitt, released in 1968. The movie starred Steve McQueen, but the iconic actor’s star turn is only of the elements that have made the movie a classic. A certain car chase found somewhere near the end of the movie took it to mythic status.

That chase featured a 1968 Ford Mustang and a 1968 Dodge Charger. Steve McQueen, an avid driver, was behind the wheel for much of the shooting of that sequence - which of course only added to the mythical aspect of the film. 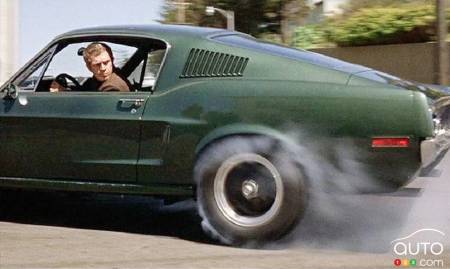 Photo: Warner
Steve McQueen and the 1968 Ford Mustang in Bullitt

Ford, no fool, has produced periodic Bullitt versions of its Mustang since then.

Nearly 55 years on comes confirmation of a rumour that has been floating around for a few years now. Another movie great, director Steven Spielberg, is going to give the world a modern version of Bullitt.

This time, Bradley Cooper plays the title role. Variety reported that Warner Brothers is developing the film and that it will be completely different from the original. We can probably expect to see the Ford Mustang and Dodge Charger return, possibly in modern iterations. Then again, Spielberg and co. might just choose to go in another direction and use other models. We’ll see.

Bradley Cooper is said to be co-producing the film with Steven Spielberg. Interestingly, Steve McQueen's son and granddaughter, Chad and Molly McQueen, are said to be executive producers. 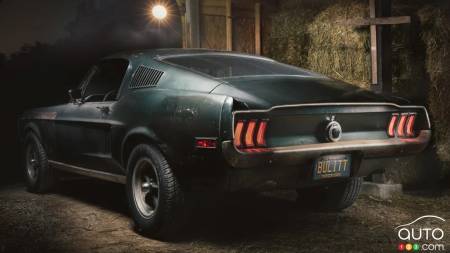 Photo: Ford
One of the original 1968 Ford Mustang cars used for Bullitt

Steven Spielberg Is Reportedly Working on a New Bullitt M...

Filmmaker Steven Spielberg is reported to be heading a project to make a second Bullitt movie. The original is a classic bit of action cop moviemaking, not l...

Did the makers of the new Ford vs Ferrari movie use original Shelby cars of the era or replicas during the filming of the Matt Damon-Christian Bale epic? The...